When England return to Wembley Stadium this evening to face Ivory Coast, many supporters will be calling on manager Gareth Southgate to give his fresh young players another opportunity to stake a claim for a spot in the World Cup squad.

Saturday’s victory against Switzerland may have seen Harry Kane equal Sir Bobby Charlton’s tally of 49 goals for England, but the spotlight under the famous arch was focused on a certain trio plying their trade in South London. Crystal Palace’s Conor Gallagher, Marc Guehi and Tyrick Mitchell all made good impressions in an England shirt against Switzerland and Southgate should consider giving them another run out tonight.

All three players have been exceptional for the Eagles this season and that form has transferred across onto the international stage with ease, which not only highlights the incredible job Patrick Vieira is doing at Selhurst Park but also just how talented this generation of English players are. Gallagher’s energy and vision paired with his technical abilities makes him one of the most promising midfield talents in the world right now. He’s an excellent all-rounder who can not only act as a catalyst for attacks but thwart them at the other end. He grabbed an assist on Saturday and rightfully scooped up the Player of the Match award. He may not be the first name in the midfield that Southgate is thinking of heading into Qatar, but he is making a strong case to be one of the vital members of the supporting cast that makes up the World Cup squad. 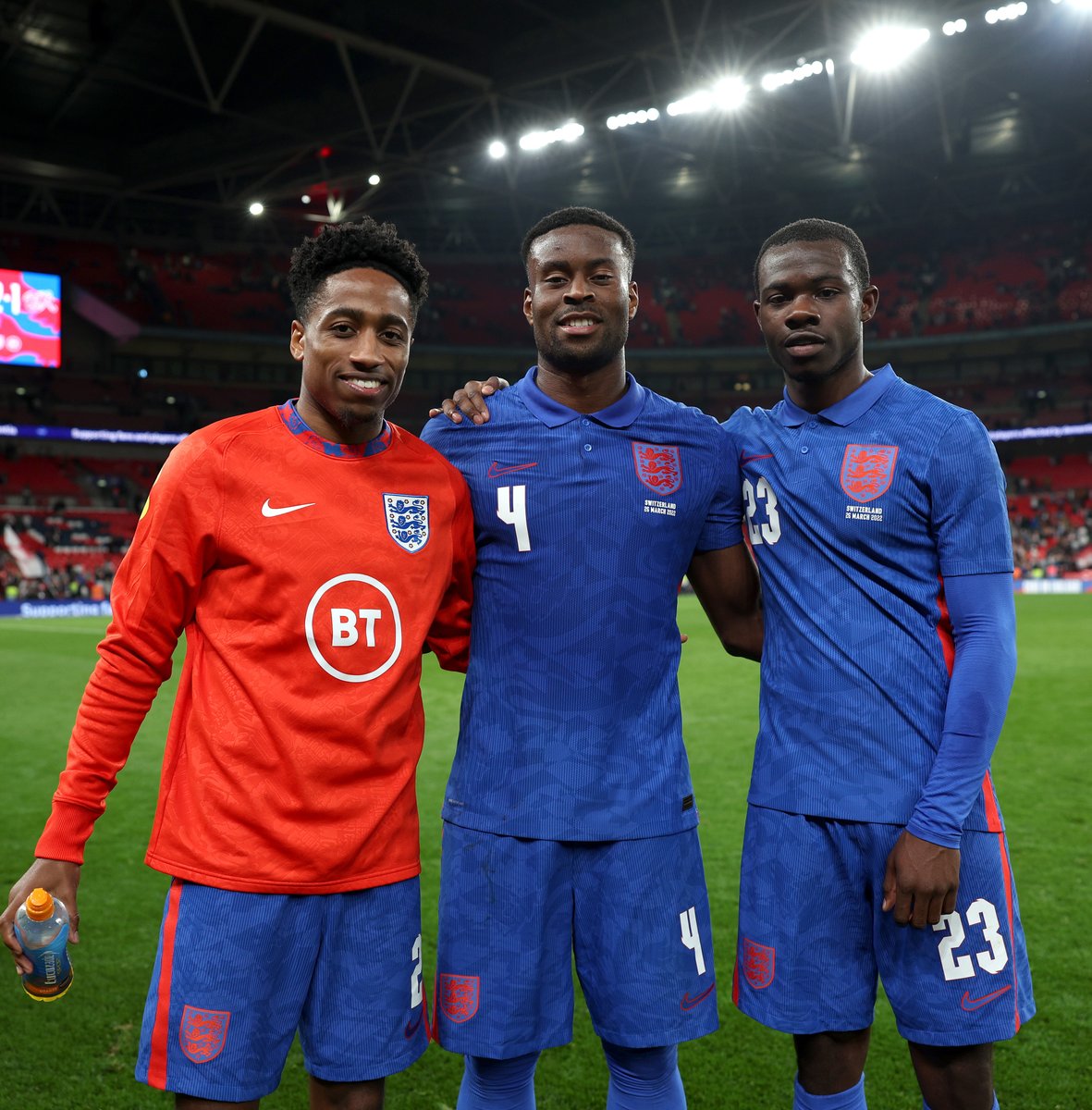 His Palace team-mates, defenders Guehi and Mitchell were also impressive in the 2-1 victory over the Swiss. Guehi partnered Conor Coady in the centre of defence and slotted in well which would make it hard to believe that it was his senior international debut. He was never dispossessed, won all of his tackles and ground duels and finished the game with a match-best passing rate of 95%. If we are going off form, Guehi and Ben White have been the most consistent English centre-halves this season and if Southgate was going off form they would be his defensive core heading into the World Cup. They are both young but they both show maturity and composure beyond their years which is something that the manager is likely going to spend a great deal of time thinking about over the next few months.

Mitchell’s role was as a cameo from the bench but he impressed the supporters who, like Southgate, will be pleased to see Luke Shaw finally receive some much-needed competition for the left-back position. That sense of rivalry will only push both defenders to be the best they can be on the pitch. And while it may provide the Three Lions boss with another selection headache, it’ll be a welcome one as England look to claim their second World Cup title later this year.

Southgate may consider resting the young players who featured against Switzerland and give other players a run out against Ivory Coast so that he can piece together what dynamics work among his group as the preparation for Qatar continues. It would be great to see the Palace trio feature again because it is clear from their talent that they are going to play a huge part for the Three Lions in the years to come. Games like this will only assist their development and give the boss a much clearer picture of how he may approach the next set of international breaks leading up to the World Cup. Now is the time to experiment and while it may take a few attempts to get just right, Southgate has a lot of time between now and November to get his England team mapped out and ready to go with a clear lineup and shape decided.