Football
News
There was little expected of La Roja, but they are now looking forward
Ben Hayward
16:55, 08 Jul 2021

Spain lost a semi-final on Tuesday night, but won back their pride.

La Roja were beaten by Italy on penalties at Wembley after the two teams were unable to be separated throughout 120 minutes of football. By that time, Italy were happier to see the shootout and for all the praise previously afforded to Roberto Mancini’s impressive side, the Azzurri were outclassed technically and tactically by Luis Enrique’s men.

Spain should have won. La Roja created the better chances and more of them, dominated the midfield and had Italy on the ropes. Once again, though, their problem was the finishing. Alvaro Morata came off the bench to net his third goal of the competition, only to see a crucial penalty saved in the shootout. That summed up the striker’s mixed fortunes at this competition, in which he has been the subject of online abuse from fans. His replacement in the XI, Mikel Oyarzabal, missed two wonderful opportunities. Dani Olmo, Ferran Torres and Sergio Busquets also wasted promising openings.

In total, Spain had 16 attempts to Italy’s seven. But each team had four on target and that, in many ways, is the story of this Euro 2020 campaign for La Roja. 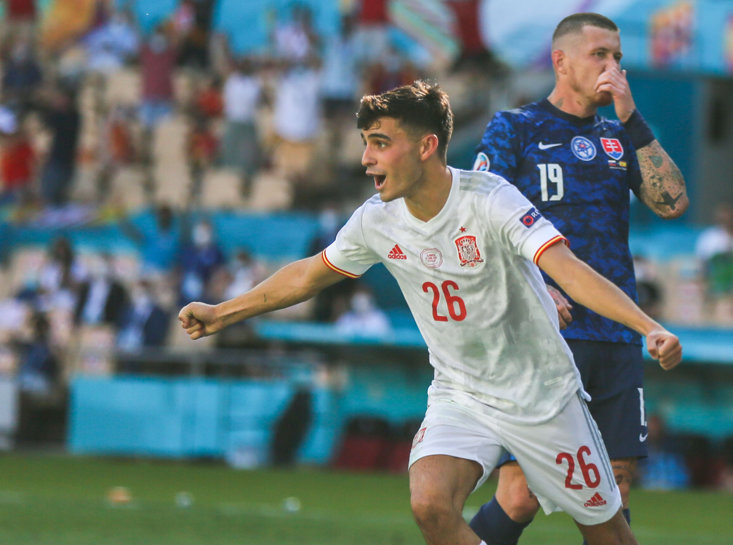 PEDRI HAS BEEN ONE OF THE REVELATIONS OF THE EUROS

After back-to-back draws against Sweden and Poland, Luis Enrique’s side thrashed Slovakia 5-0 in their final group game. Then, in the last 16, Croatia were trounced 5-3 (albeit after extra time). Penalties were needed to edge out Switzerland after a 1-1 draw in the quarter-finals and although they were unable to repeat that success against Italy, they had saved their best performance until last.

“Everyone had Italy down as favourites,” Busquets said afterwards. “But we showed that we are superior. It’s a moment to be sad, but also proud.”

“Without Busquets, Spain left a lot to be desired,” said former Real Madrid player Alvaro Benito on radio show El Larguero. “With him on the pitch, the play reached another dimension. Let’s hope he stays at least until Qatar (next year’s World Cup).”

Busquets (who will be 33 next week) would not be drawn on that, but said: “This is a great side and this is the way forward. There are a lot of good young players and this will help them to gain confidence. This team will be back.”

One of those young players is his Barcelona team-mate Pedri, who started all six of Spain’s games and showed maturity way beyond his 18 years.

“Did you see what a kid of 18 called Pedri did at these Euros?” Luis Enrique enthused. “Not even the great Andres Iniesta did that. It defies logic.”

And defender Aymeric Laporte added: “It’s a young team. We’ll see what happens in the World Cup, with teams like Argentina and Brazil. We’ll try to be there, fighting.”

In the meantime, the match against Italy has made most Spaniards believe in their national team again. Luis Enrique’s side exceeded expectations at Euro 2020 and even some of his fiercest critics were won over in the end.

Infamous late-night sports show El Chiringuito had asked their Twitter followers earlier in the competition: “Are you ashamed of this national team?” But on Tuesday night, presenter Josep Pedrerol had changed his stance. “Some of you had abandoned ship,” he said, without a hint of irony. “But now, more than ever, we are all on board [with Spain].” 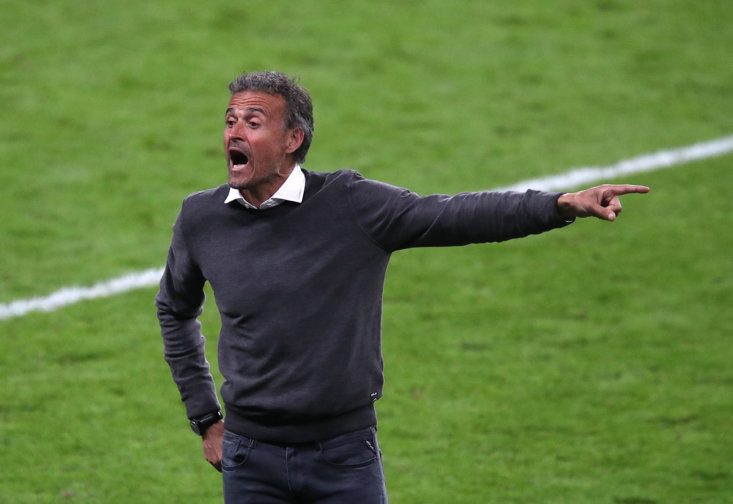 Luis Enrique had divided opinion after leaving captain Sergio Ramos at home due to serious fitness concerns and received no shortage of vitriol for his decision to pick a squad without any Real Madrid players at all. But as always, he did it his way.

And in the end, almost everyone was on board. Including most Real Madrid fans. Spain played on the front foot, set out to control the possession and Luis Enrique has made the team more aggressive than it has been in recent years. With a better finisher, they would surely be in Sunday’s final.

For the first time since winning Euro 2012, when Spain beat Italy 4-0 in the final to seal a third successive major title in four years, there was a real buzz about La Selección.

“Enormous tournament from the @SeFutbol,” Gerard Pique wrote on Twitter. “It’s something to be very proud of. There is a lot of merit in reaching the Euro 2020 semi-finals. I don’t think there is a better team in the competition, but penalty shootouts are sometimes very cruel.”

How to solve the goalscoring problem in time for the World Cup is a tricky one, but young Barcelona forward Ansu Fati should be back after injury and his presence will make this team even more exciting.

This young generation of players (plus Busquets) should also gain momentum from their Euros showing, and a positive performance at this summer’s Olympic Games (for which La Roja have picked a strong squad) could help to build towards something special in Qatar.

For now, at least, pride has been restored and Spain have confirmed to their fans and everyone else that they can be contenders again for the major prizes. Roll on 2022.