Football is not a matter of life and death. And despite the well-worn cliche, it is not actually more important than that. It is in fact, just a game. It is a beautiful, beguiling, frustrating and cathartic game, but a game nonetheless. The medical emergency suffered by a Newcastle United fan during their 3-2 loss against Tottenham Hotspur cast a shadow over the football match that took place today. Beyond the first game of Newcastle’s new ownership, beyond Steve Bruce enjoying his 1000th outing as a manager, beyond Harry Kane breaking his scoring duck, the life and health of that fan is the most important aspect of today’s events at St James’ Park.

Towards the end of the first half, a number of players on both sides alerted referee Andre Marriner to an incident in the crowd. The players, led by Newcastle captain Jamal Lascelles, spoke with fans in the surrounding area and Spurs’ Eric Dier ran off to collect Magpies club doctor Paul Patterson. As the unidentified fan received treatment, the referee first paused and then suspended play. The teams went into the dressing room for a period while the fan was attended to, and thankfully they were stabilised before being taken to a nearby hospital. We at The Sportsman offer our sincere best wishes for their recovery. 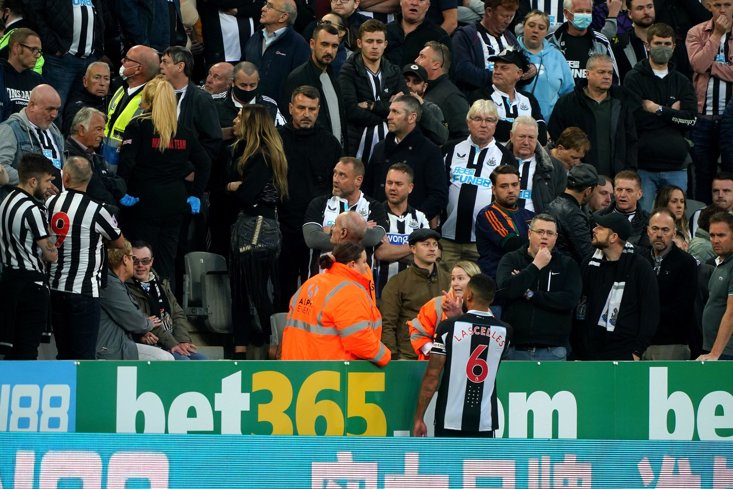 While no longer the most significant occurrence of the day, there was a game taking place, and it was a big one. For Newcastle fans, it was the first game of a brave new world. New chairman ​​Yasir Al-Rumayyan was in attendance and the atmosphere was utterly buoyant. There were black and white flags, Jimmy Nail songs and Ant and Dec. The party mood carried into the game, with Newcastle starting on the front foot. It took just two minutes for Callum Wilson to open the scoring, the much-missed forward powering home a header on his return from injury. Javier Manquillo had swept in a superb cross for the ex-Bournemouth man, and the deafening noise inside St James’ Park reached a new crescendo.

Just when Al-Rumayyan must have been thinking this football lark is easy, Spurs eased back into the game. Newcastle appeared to have burnt out from their quick start, and only the persistent runs of Allan Saint-Maximin lifted them as Nuno Espirito Santo’s side slowed the game down. Midfielder Tanguy Ndombele took advantage of this lowered tempo to charge through the gears and fire a superb drive into the Newcastle net. Spurs had taken the initiative, and they would not let it go.

Harry Kane found his scoring touch with a superb flick past Karl Darlow, marking his first Premier League goal of the campaign. The England captain had to wait for a VAR check to take place, but replays showed he had superbly timed his run to beat the offside trap, with Manquillo playing him on by a matter of inches. Lucas Moura then rattled the bar with a header from a Heung-Min Son corner, just getting slightly underneath the ball and missing the target. Play was then paused for the medical emergency in the crowd.

Upon the restart, play was understandably subdued. The action would heat up with a superb passing move from Spurs, with Moura the catalyst. The winger passed inside for Ndombele, before running in centrally for the return ball. With the Magpies defence stretched, Moura found Kane out wide and he played an excellent cross for Son to tuck away. Kane’s confidence seemed to grow after his goal, and Spurs fans will be delighted to see the resumption of his partnership with Son. 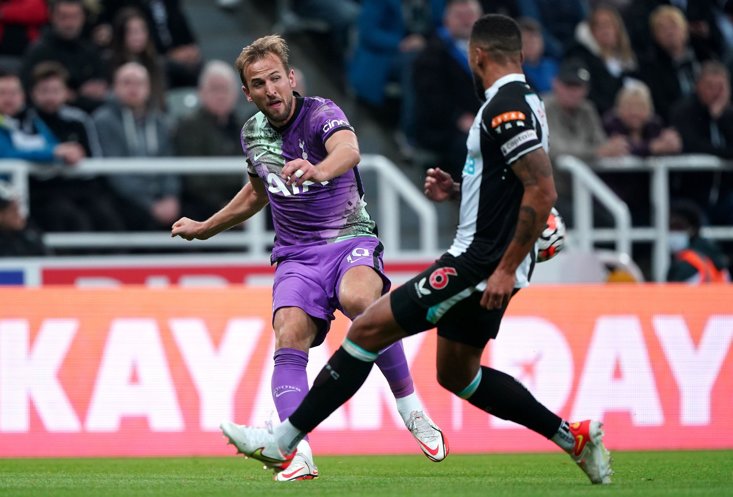 The second half was one-sided, but not in such a way that threatened the scoreline. Tottenham poked and prodded at Newcastle, who mostly seemed intent on keeping the score at 3-1. Saint-Maximin buzzed around, and enjoyed a couple of half-chances, but the home side are suffering from the sort of issues a change of owner cannot immediately solve. While Bruce deserves credit for reaching his 1000-game milestone, today was the sort of performance that demonstrates while Newcastle fans have seen enough of his tenure. It was still sad to hear “You’re getting sacked in the morning” ring around the ground, considering the job he has done keeping Newcastle comfortably in the league during the final couple of years of the fallow Mike Ashley era.

Ndombele tried to add another long-ranger but sent his booming strike high and wide. For the most part though, Nuno’s men were happy enough to play in front of the Newcastle defence, comfortable in the knowledge their lead was not under threat. It looked like Spurs might have the impetus to run up a cricket score when Jonjo Shelvey was sent off for a ridiculous second yellow card offence. However it was the home side that scored again, with Dier turning the ball into his own net for an embarrassing own goal.

On a day of seismic importance to Newcastle fans, ownership and manager, this result ended up only illuminating the reasons this club needs drastic change. But for now, that discussion can be tabled. Instead, we should credit the quick-thinking and compassion of every player on both sides today, to make sure the stricken fan received potentially life-saving care quickly.