Tottenham Hotspur took advantage of slip-ups from Manchester United and Arsenal to put themselves in the driver’s seat in the race for the all-important fourth place in the Premier League.

Spurs’ front three were firing on all cylinders as Antonio Conte’s side emphatically thrashed Aston Villa 4-0, with Son Heung-Min bagging a hat-trick along the way.

Son gave Spurs the perfect start after just three minutes when Ezri Konsa made a mess of an attempted headed clearance and it fell to Harry Kane. The forward’s subsequent shot looked to be heading well wide but took a lucky deflection from Matty Cash which fell perfectly for Son, and the South Korean lashed in a wonderful left-footed strike into the bottom corner. 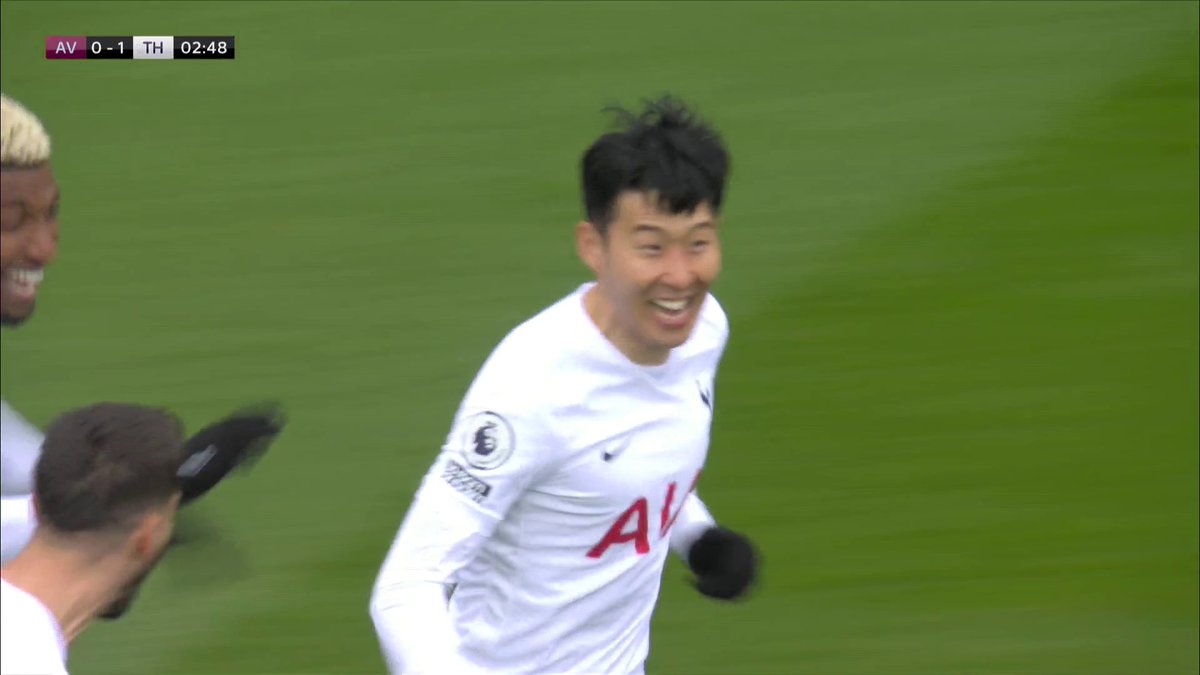 Despite the early setback, Steven Gerrard’s side responded well. Jacob Ramsey found his way past two Spurs players to get away a fine shot, but Hugo Lloris was at hand to palm it over the bar. Shortly after, Lloris was called into action again when John McGinn let fly from the edge of the penalty area but the French goalkeeper was able to push it wide.

The chances kept falling but Villa just couldn’t get the ball over the line. Ollie Watkins saw a gilt-edged chance go to waste when Phillipe Coutinho sent in a perfect cross for the former Brentford man, but his header was blazed over the bar. Danny Ings was next up and with the worst of the lot, scuppering an opportunity from just six yards out following a Tyrone Mings flick-on.

Having thrown the proverbial kitchen sink at Spurs in the first half and come away with nothing, it perhaps comes as no surprise that it didn’t take long for the visitors to double their lead after the break. A long ball was flicked on by Kane and loan signing Dejan Kulusevski brilliantly fired a low shot into the far corner of the net on the angle. The Swede now has three goals since moving to north London from Juventus in January.

Villa Park fell to silence following that devastating body blow and it spelt the end for the home side’s attempted fight back. Kane and Son linked up again for the third goal of the game, when the England captain deftly nodded the latter through on goal for another left-footed strike into the back of the net. That was the 21st time Kane has assisted Son in the Premier League - only Frank Lampard has assisted a single teammate (Didier Drogba - 24) to score more times in the competition's history

Son sealed his hat-trick with the game’s fourth goal five minutes later. This time it was Kulusevski who was the architect, drawing in the Villa defenders before playing it back to Son, who put a curling effort into the corner of the net and beyond Emi Martinez to wrap up the win and a valuable three points. 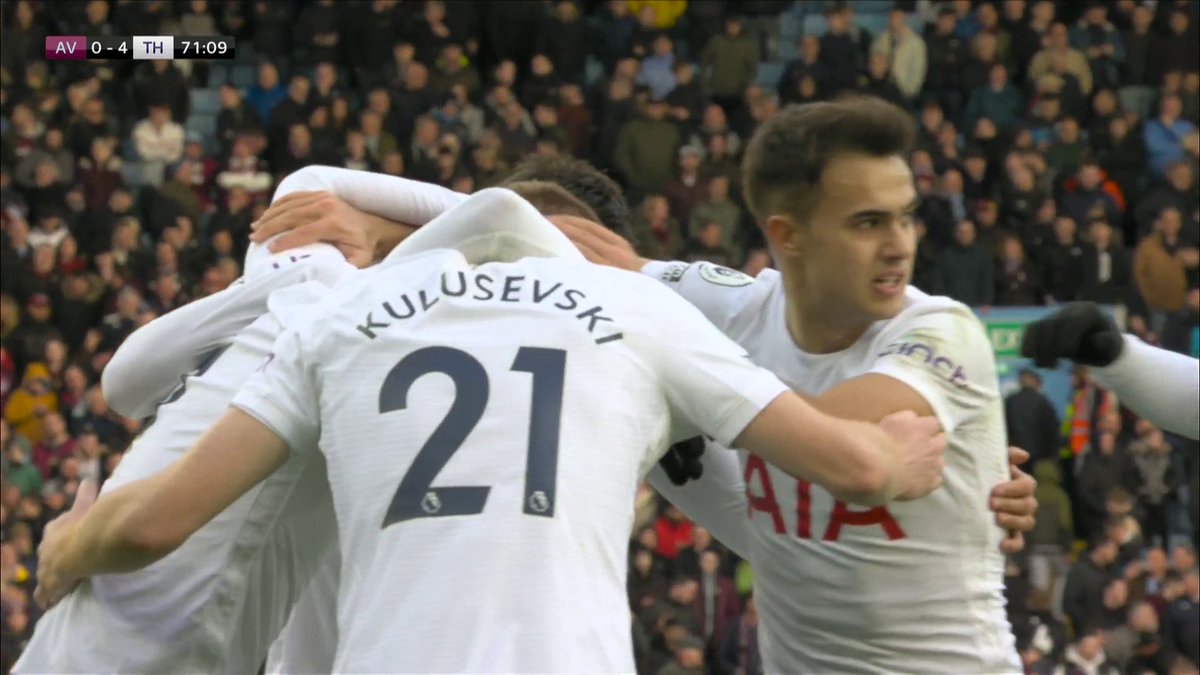 The win means Spurs move into fourth three points clear of Arsenal in fifth, who were beaten 2-1 by Brighton & Hove Albion earlier on Saturday afternoon - although they do have an extra game in hand. The bitter rivals meet on May 12th in one of the stand-out fixtures of the remaining campaign.

Conte’s men are also six points clear of West Ham and Manchester United, who are sixth and seventh respectively. Villa meanwhile suffered their fourth league defeat in a row and dropped to 12th.