We can surely all agree that Lionel Messi, Virgil van Dijk and Cristiano Ronaldo deserved to be the top three stars at this year’s Ballon d’Or? No? Absolutely not, it seems.

No, seriously, some football writers around the globe do not agree.

A day after the glitzy gala which saw Barcelona star Messi scoop the coveted gong, it's been revealed just who voted for who and let’s put it this way, it makes for some very interesting reading.

Of course, football is a game of opinions, but some picks are harder to work out than others.

Canvassing the opinions of football journalists around the globe, the L’Equipe award is perhaps the most respected on the planet.

Interestingly, Van Dijk earned the most votes from Europe’s and Asia’s scribes, though Messi won the day from every other continent to come out on top based on the points system.

Each player receives six, four, three, two or one point based on the ranking they receive from each voter. Messi scored 686 points with Van Dijk narrowly missing out on 679. 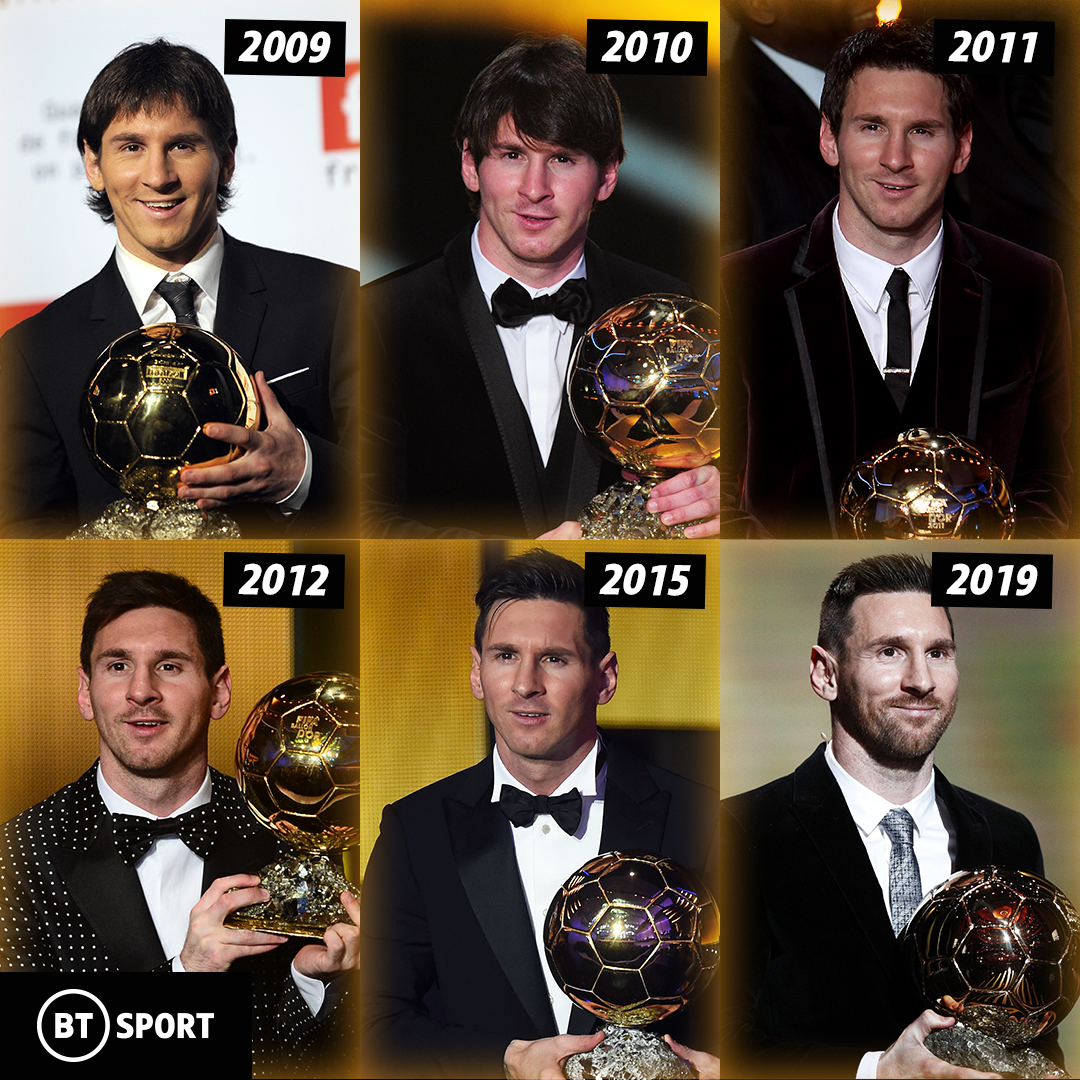 Perhaps the most puzzling picks came from Sri Lanka. Messi, Ronaldo and Van Dijk - not one made the top five.

Instead, Trent Alexander Arnold was the number one pick! He’s been brilliant for the Reds, a complete revelation, but this vote has raised a few eyebrows.

As for Turkmenistan, they seemingly prefer Manchester City. While Barcelona duo Messi and Frenkie De Jong were the top two picks, Sergio Aguero, Riyad Mahrez and Kevin De Bruyne made up the list.

While an extremely strong case for the Belgian magician could me made following some stunning performances in the Premier League for KDB, Mahrez is a more peculiar selection, though it should come as no surprise he was picked third by Algeria, his homeland.

And Serbia are certainly loyal too. Playmaker Dusan Tadic, who, to be fair, shined as Ajax reached the Champions League semi-finals makes the grade for them. However, it’s not really a surprise that he didn’t make many of the other lists.

At least our very own Henry Winter of The Times, representing England, had respectable choices, plumping for Van Dijk for the top prize, with Messi second and Ronaldo third.

Raheem Sterling, whose reputation as a world-class operator continues to rise, was fourth with Liverpool goalkeeper Alisson, who won the Yashin Goalkeeper Award on the night, Winter’s fifth pick.

Opinions eh - where would we be without them?

More
football
Get An Edge On Your Rivals This Season With The Fantasy Premier...
What are you this year? ‘Lallanas in Pyjamas’? ‘Murder on Zidane's Floor’? [ ... ]
football
Neymar's Handbags, Shy Guy Jose, And Other Football Stories...
Just like that, we’re back in the room. There’s new rules (on and off the pitch), and renewed [ ... ]
football
Celebrating The Return Of The Premier League With Its Best Ever...
After the shortest pre-season on record, even if it has felt to some of us like the longest ever, Premier [ ... ]
football
Lionel Messi Teams Up With Budweiser To Inspire Tomorrow's Footballing...
Lionel Messi, for all you do, this Bud’s for you. We’ve got to admit, it’s got a certain [ ... ]
football
From 007 to 46 Million Followers, Ten Facts You Never Knew About...
Everton finally announced the signing of James Rodriguez on Monday evening, after the Colombian superstar [ ... ]
football
The New Liverpool Book With A Groundbreaking View Of The Shankly...
September should always hold a special place in the hearts and minds of Liverpool Football Club and [ ... ]
football
The Questions We Want Answering After Watching All Or Nothing:...
“You have to be a bunch of bastards!” Annnd with that, we’re hooked. The last day [ ... ]
football
Football History Comes To Life With The Guardian’s Forgotten...
For much of 2020, the general consensus amongst the sporting community has seemingly been the desire [ ... ]
football
Book Review - Close Quarters: An Extraordinary Season On The...
He has been called the luckiest journalist in the world. When award-winning sportswriter Neil Harman [ ... ]
football
Work Out Like A Chelsea Player With The Most Advanced Football...
It claims to be the most advanced football training experience ever - imagine being trained by world-class [ ... ]
football
Blue Moon, Bubbles & Delilah - How Football Clubs Got Their...
Liverpool and Celtic fans both enjoy spine-tingling versions of ‘You’ll Never Walk Alone’ [ ... ]
football
The Lionesses Who Helped Lead The Charge In Lyon's Coupe De...
For the second time in less than a fortnight, Olympique Lyonnais and Paris Saint-Germain faced off in [ ... ]
football
Five Premier League New Boys That Are Set To Take Next Season...
A swift summer transfer window is on the cards, with just 48 days between Premier League seasons due [ ... ]
football
Bobby Robson And The Most Glittering Chapter In Ipswich Town’s...
Few in Ipswich could have predicted what was to come when Bobby Robson replaced Bill McGarry at the [ ... ]
football
How Tearing Down The Twin Towers Destroyed The Magic Of Wembley
On July 26, 1998, plans for a new Wembley were revealed to the world, promising a national stadium [ ... ]
football
Here's To The 2019/20 Premier League Season: Five Moments That...
It all began on August 9, 2019. 353 days later, a fortnight shy of a full entire year, the 28th Premier [ ... ]
football
Why Figo To Madrid Is Still Football's Most Controversial Transfer...
We’ve had Neymar, Sol Campbell and Carlos Tevez but on this day in 2000, Luis Figo completed the [ ... ]
football
Remembering Laurie Cunningham: The Football Pioneer Whose Legacy...
In 2016 the English Heritage scheme erected a blue plaque in Stroud Green, North London to celebrate [ ... ]
football
Book Review - King Eric: Portrait Of The Artist Who Changed...
Leeds. Irwin. £1million. Title. Double. Palace. Kick. Ban. Seagulls. Return. Liverpool. Double. [ ... ]
football
Replacing Rapinoe And Morgan? The Ladies Who Can Light Up The...
Write off 2020. The best thing about it is remembering how good 2019 actually was. One of the undeniable [ ... ]
football
Wembley Woe: When England Lost To Germany At Euro ‘96
In the summer of 1990 England tasted their first ever penalty shootout heartbreak when they went out [ ... ]
football
Get Ready For A Nostalgia-Fest With Italia '90 Podcast Vincerà!
Hosted by Mark Godfrey and running from June 8th to July 8th, Vincerà! is a 24-part podcast series [ ... ]
football
Harry's Heroes, Vinnie Jones And Revenge At The Battle Of San...
When Vinnie Jones started crunching San Marino players left, right and centre, it was clear the friendly [ ... ]
football
Prodigal Talent Of The German Game Is Turning RB Leipzig Into...
This article first appeared in The Sportsman on 07/12/19 What were you doing at the age of 28? If it [ ... ]
football
''I Was Really Wasted'': When Jurgen Klopp Woke Up Hungover...
This article first appeared in The Sportsman on 05/09/19 Anyone watching the Amazon Prime documentary [ ... ]
football
Book Review - Yer Joking Aren't Ya?: The Story Of Middlesbrough's...
In 1997, Middlesbrough Football Club reached the finals of both the League and FA Cup, had the might [ ... ]
football
Carragher's Brilliant Podcast Shows The Greatest Games Are The...
What’s the greatest football game you’ve ever seen?  Jamie Carragher doesn’t [ ... ]
football
Red Bull And The Football Training Centre Of The Future... Today!
It is now 33 years since Red Bull sold its first ever energy drink. Pre-April Fool’s Day 1987 [ ... ]
football
On This Day Messi's Barcelona Tally Hits 500 In El Clásico Triumph
If you’re going to hit a milestone, and one that no one in your club’s illustrious history [ ... ]
football
The Secret Behind The Success Of Lineker, Shearer And Wright's...
The unavoidable hiatus to the broadcast of the BBC’s flagship football programme will not deny [ ... ]