The Scottish international converted two penalties and scored three conversions to help his side secure a much-deserved victory and end a Challenge Cup drought of 13 years. After a subpar first-half display, the Saints came out in the second period with a lot more fire and they turned the game around and won by a convincing margin.

It was not the fairytale ending for Daryl Powell with the Tigers as his eight-year stay comes to an end, with the 55-year-old taking over at Warrington Wolves for the 2022 season. While his side battled hard in the first-half, they were simply outfoxed in the second-half and could not match the energy levels bursting out of Kristian Woolf’s side.

St Helens won the first penalty of the game just behind the halfway line in what was an early mistake from Castleford. The Tigers were pegged back in their own half and some of the players looked exhausted after 10 minutes – the heat clearly having an impact at Wembley Stadium.

After a barrage of pressure, the Saints scored the first try of the game through Theo Fages. The ball was sent in under the sticks and deflected off the left-hand upright and Fages was quick to react and dived on it. Lachlan Coote then had the easiest of kicks to add the two right in front of the posts. 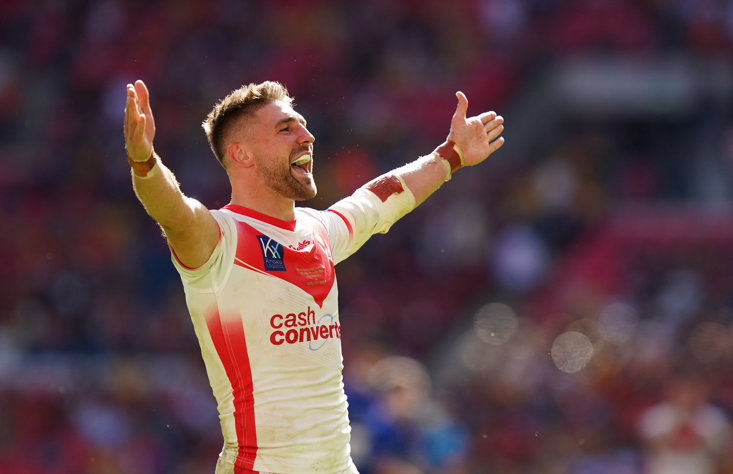 Powell’s side were able to execute a quick response and they scored an excellent try to pull themselves back into the game through Niall Evalds, as St Helens were stunned on the counter. Gareth O’Brien added the two to pull the sides level.

This gave Castleford a much-needed boost and they started to force the Saints back in their own half. Jake Trueman scored an excellent try to turn the tide and put the Tigers in front with O’Brien adding the other two. Trueman did brilliantly to cleanly take the ball from a kick forward from O’Brien and the Castleford end of Wembley erupted.

St Helens rallied after the break as they scored an early try through James Roby who had a virtually unopposed run. A kick came in from the build-up and Regan Grace was in touch before he knocked the ball back for Saints to catch the Tigers out. Video referee Chris Kendall looked at the replay numerous times before giving the try. Coote added the two and the score was level once again.

As the Saints looked to capitalise on their momentum, Cas’ Paul McShane did brilliantly to intercept a pass in the Tigers’ half and give them some breathing space and time to regroup.

St Helens were proving to be too much for their opponents in the second-half as they scored a magnificent try through Tommy Makinson. Saints looked to be stuck but Jack Welsby found room before releasing the ball to Kevin Naiqama who then found Makinson who had a simple try to finish off an excellent set.

Castleford were not giving up and Evalds had a golden chance as he evaded some white shirts to have acres of space to run but he was thwarted by a well-executed tackle. It was a lesson for Saints who still looked like they were on the ascendency.

Coote converted two penalties late on with a penalty to extend St Helens’ lead to six and then eight points as they looked far stronger than they did in the first-half as they sunk Castleford hearts.

The Saints were not finished there as Kyle Amor battled through a number of Castleford players to go over the line and score another try. Lachlan added another conversion to his excellent kicking display and St Helens thoroughly deserved their victory and the long wait for the title was over.

Speaking after the final, St Helens' boss Woolf said, “It’s not a pretty win, but we did everything we needed to do in a final.

“This is something I’ve always wanted to be a part of. It’s outstanding to be here.”