An established member of Manchester United’s all-conquering Busby Babes side Bobby Charlton had narrowly escaped with his life following the tragic air crash at Munich which claimed eight of his team mate’s in February 1958; astonishingly, just two months later, he would make his first appearance for England and go on to become one of the most revered players in world football.

Despite his mother’s doubts about him pursuing a life in football, making him enrol for an apprenticeship as an electrical engineer, Charlton eventually turned professional in 1954, joining a number of talented youngsters who had graduated through the club’s youth system under manager Matt Busby.

While carrying out his National Service with the Royal Army Ordnance Corps in Shrewsbury Charlton was still able to turn out for United at weekends and soon made a name for himself in that exciting young side of 1956 which contained the likes of Duncan Edwards and Eddie Coleman.

He played 14 times in that first season as a United player, scoring twice on his debut and netting a total of 12 times in all competitions as the reds won the title that season and also missed out on an a double when they lost to Aston Villa in the FA Cup final.

As league champions United were entered into the European Cup the following season as they pitted their wits against the continent’s elite and as one of the most promising sides in the tournament many had them down as favourites to win the relatively new competition.

However, disaster struck as Manchester United’s plane crashed on takeoff after a routine fuel stop in Munich following a 3-3 draw in Belgrade saw them through to the quarter-finals, killing eight of that wonderful team with Bobby Charlton also badly injured. 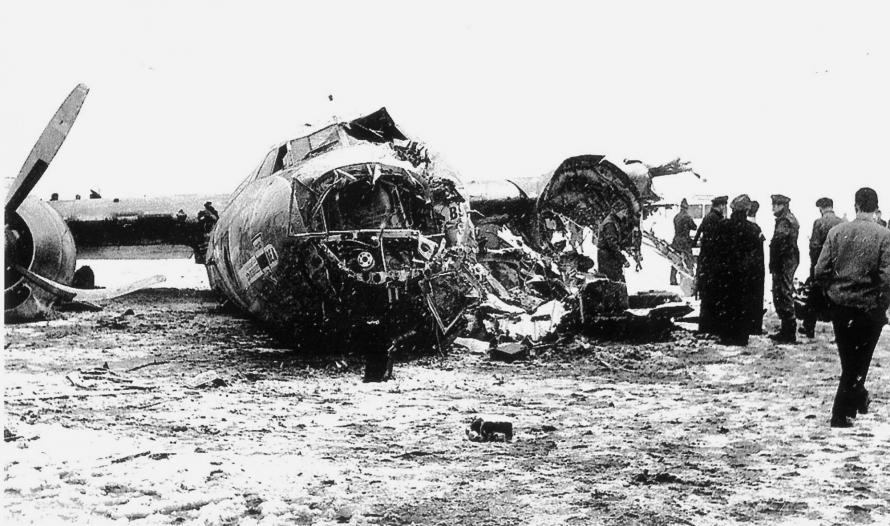 The aftermath of the Munich Air Disaster

Miraculously, however, Charlton made a full recovery and found himself playing again just a matter of weeks later before receiving the call-up from England at the age of just 20 for the British Home Championship game against Scotland at Hampden Park on 19 April 1958.

His first game for the Three Lions couldn’t have been more impressive as England thumped their old enemy 4-0, with the debutant scoring a magnificent volley after a cross by the left winger Tom Finney, a goal described by The Times football correspondent Geoffrey Green as: "surely one of the finest ever seen at Hampden."

Charlton had announced his arrival on the international stage in emphatic style and to prove it was no fluke he found the net twice on his home debut against Portugal at Wembley that May.

It was the beginning of a marvellous international career and despite being selected for the 1958 World Cup he didn’t kick a ball in anger before being picked for the tournament four years later in Chile as England reached the quarter-finals under Alf Ramsay.

His greatest moment in the white of England undoubtedly came in the summer of 1966 when England lifted the Jules Rimét trophy for the first time ever by beating West Germany in the final at Wembley on July 30 as Charlton scored three vital goals en route to that historic triumph and later that year was awarded FIFA’s Ballon d'Or.

After a largely disappointing defence of their title at the 1970 World Cup in Mexico, which saw England dumped out in the quarter-finals against West Germany, Charlton decided to hang up his boots at the age of 32, asking Alf Ramsay not to consider him for selection again on the flight back to England.

Charlton’s record of 49 goals in 106 England appearances made him his country’s most prolific marksman for the next four decades until the feat was beaten by Wayne Rooney on 8 September 2015 in a European Championships qualifier against Switzerland. The record was also equalled by Tottenham Hotspur's Harry Kane in March.