Football
News
The League One club have set up a worldwide vision akin to the City Football Group
Neil Goulding
15:02, 23 Dec 2021

Andy Pilley is a man on a mission, and he has turned to Manchester City’s international blueprint in a bid to build success at his beloved Fleetwood Town.

The Blues have invested millions of pounds on their way to winning five Premier League titles in the last decade and giving their loyal supporters welcome silverware. But Cod Army chairman and successful entrepreneur Pilley is not just looking at splashing cold hard cash to buy immediate success, instead he is investing money diligently for the future by copying City's clever model of purchasing clubs from abroad.

Pilley has previously ploughed millions of pounds of his own cash into developing the Lancashire club. And he has dug deep again, but that money is not for marquee signings or a top coach, instead it is to develop young talent from across the globe via new filter clubs.

Fleetwood have set up two brand new clubs - Fleetwood United in Dubai and Western Cape Fleetwood in South Africa. The clubs are an opportunity to expand the Cod Army’s revenue streams, but they are primarily planned to unearth stars of the future.

“We are experts at building football clubs and developing players, and that’s something we are really excited to do in UAE and South Africa,” Pilley told The Sportsman. “It’s something we’ve been working on for quite a while and we are delighted to finally announce. We’re a forward-thinking club, it’s one thing Manchester City having a network of clubs, but who would have thought little old Fleetwood would go down the same route?” 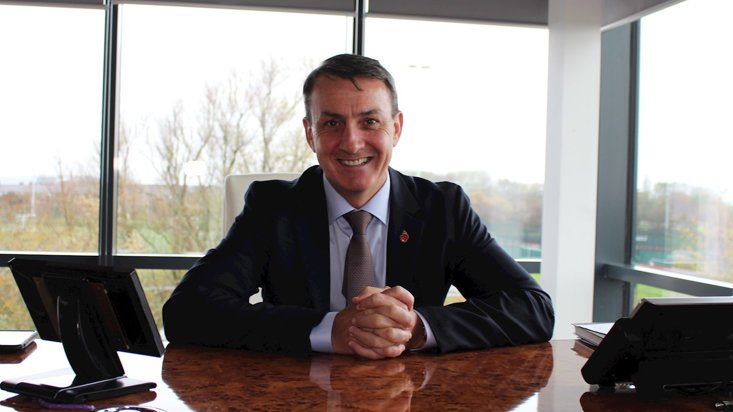 CHAIRMAN ANDY PILLEY IS BEHIND THE GLOBAL VISION

Worryingly the ambitious seaside-based club are languishing in 19th position in League One after their worst season for some time. They sacked former boss Joey Barton in January this year after he and striker Ched Evans were involved in an alleged bust-up, before his replacement Simon Grayson was given his marching orders last month after the club’s miserable run of form to start 2020-21.

But when Pilley took over in 2014 he immediately helped guide the club to League Two promotion, and has a bold vision to get his club promoted to the Championship in the next few years.

Fleetwood United Football Club, based in Dubai, have formally been accepted into the newly-formed UAE Third Division. They will link up with an established junior academy, United FC of Dubai.

And Pilley added: “It’s a real honour for us to be accepted into the new UAE Third Division. I’d like to thank them for their help as we established the new club and look forward to helping football, in general, develop and grow in the country.

“The process to get into the league has been going on for some time now, with more than 200 clubs applying for just 12 places. We are delighted our 18 years of experience in football held us in a good position.”

“We are starting at humble levels at first, with the aim of developing both the clubs and the players who play for them. Hopefully we can copy the Fleetwood Town model around the world. All of this will help towards my ultimate dream of making Fleetwood Town FC a fully self-sustainable club as it continues to grow.”

It is a view shared by new permanent boss Stephen Crainey, who has bought into the blueprint for success. 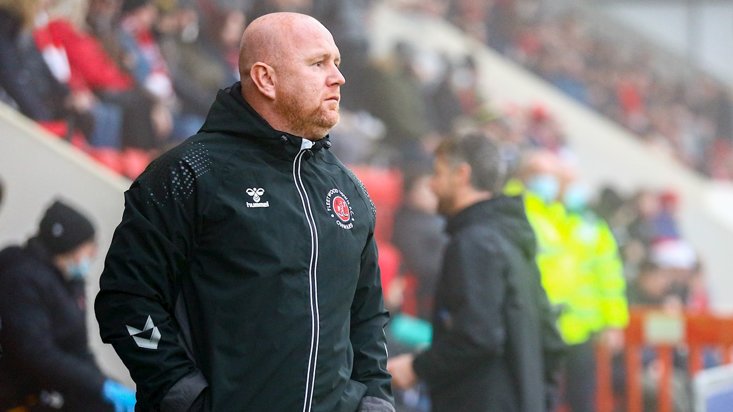 CRAINEY IS HOPING PLAYERS WILL GET TO TASTE DIFFERENT CULTURES

“It’s really encouraging for the club,” said Crainey. “It’s great for the club as a global brand and, potentially, we could maybe send lads out there for different experiences and different cultures, as well as helping us to prepare them for the first team.”

Western Cape Fleetwood Football Club will be based out of the Western Cape area of South Africa close to Cape Town. They have already begun fixtures in the South African fourth division and started the season with some promising victories. And both new clubs will supplement the great strides being made by the Fleetwood Town International Football Academy, which sees players from all around the world train at Poolfoot Farm alongside the first team squad daily.

“We are hoping to develop players all around the world, which is something we know we can do,” stressed Pilley. “We are looking to share coaches, skills, software, and all the things which we have access to with our international clubs.

“It’s something we are all hugely excited about. Fleetwood fans now have three results to look for on a Saturday afternoon, that’s for sure!"

Fleetwood are 11/8 to beat Shrewsbury on Boxing Day*