The NBA returned last week, and with it the incredible drama that is so often on show at the highest-level of basketball. The weekend saw the Lakers sneak past Memphis with a narrow 118-121 win, as well as the super-team of the East, the Brooklyn Nets being on the wrong end of the scoreline once again this season, this time falling to Michael Jordan’s Charlotte Hornets at the Brooklyn Center. These are the five biggest stories from this weekend’s action.

After putting on a 45-point clinic on Thursday against the Clippers, Steph Curry continued to show why he’s the greatest shooter of all-time, despite saying that his triple-double against the Lakers in game one of the season was ‘trash’ for only making five three-point shots out of 21 attempts. The point-guard hit 5000 assists, a nice milestone to hit as the league’s finest guard and something he can be proud of, although he clearly thinks that shooting will be his way to another ring.

Curry has spent the offseason working on his already-perfect long-ranger, the magical three-point shot that has put him second on the all-time list for most three-pointers. Working with a new trainer, Brandon Payne, he spent the summer performing a drill where Payne is left telling the greatest shooter in the sport that he isn’t good enough. The drill involves only counting successful shots that go straight into the basket, a ‘swish’ as it’s called. It’s clear that having the occasional off-night isn’t good enough for him and by practicing in such a strenuous and specific manner will see him guide the Warriors back to the top of the Western Conference.

The stats don’t lie often, but as the Memphis Grizzlies rolled into downtown LA, they were found wanting as they missed a vital chance to take Lebron’s Lakers to overtime, despite dominating most of the stat-line. Ja Morant put in another talismanic performance for the Grizzlies, managing to get a double-double with 40 points and 10 assists and smashing anyone out of the park in terms of point-scoring. Memphis were only capable of shooting a 45% field goal percentage but managed to match the favourites with 45 field goals made, however they were left to rue missed chances, with 2018 first-round pick Jaren Jackson Jr only managing 12 points with a 25% field goal rate, something that the power forward will be expected to improve in the coming weeks.

The Lakers on the other hand, can thank their lucky stars for managing a three-point win in a game that could’ve been taken further into the night if Morant had managed to make his third and final free-throw, tying the two teams. However he was unable to convert, and Carmelo Anthony picked up the game ball to add to his collection, as he overtook Moses Malone to become the 9th highest points-scorer in the NBA’s history. The Lakers finally got out of the basement of the Western Conference with a win, and with Westbrook, Davis and ‘Melo starting to find form, expect the team to start building some results to make the playoffs this season.

Looking for a team with a stock on the rise, likeable players and a legendary legacy? The 2021-22 Chicago Bulls have entered the chat. They made their home debut at the United Center on Thursday with a comfortable 94-88 over Detroit, before embarking on an instant classic to leave Bulls’ fans wanting more from their reformed side. Their first game on the road saw them go to New Orleans, and the trio of Zach LaVine, DeMar DeRozan and Lonzo Ball were on fire. LaVine dropped 32 points in as many minutes, Ball managed to score the eighth triple-double of his career against his former side and DeRozan managed an impressive 26 points whilst also providing some important point-scoring in the first quarter as LaVine failed to find his rhythm, something that in previous years would’ve left the Bulls in a bad way by the end of the first quarter and usually leaving them dead and buried by halftime.

The chants of ‘MVP, MVP’ at Chicago’s long-time guard were warranted after such a performance, however the Pelicans proved to be perfect opponents for the Bulls. They played poorly with the ball, often making mistakes in possession and allowing the Bulls to score 24 fast-break points, as well as costing 27 points from 17 turnovers. The hangover of Zion Williamson’s injury has hung over New Orleans - with the 21-year old having foot surgery over the summer without notifying the Pelicans management, and missing the entire pre-season for rehabilitation which has left the team in a dark patch. With reports of Zion weighing in for the season 11kg heavier than he weighed in his rookie season as well, many are questioning the future star’s discipline and whether he’ll ever be able to reach the incredible potential he clearly showed back at Duke and his first two years at the Pelicans.

After finding his way into the NBA’s greatest 75 players ever earlier last week, CP3 followed up the accolade by reaching a double-milestone in which he is the first to break into. Playing against the Lakers, the Suns guard won a free throw and converted to become the first player to hit 20,000 career points and also have 10,000 career assists. He ranks fifth in the all-time assist list and is also the 47th player to reach over 20,000 points in their career, but only John Stockton (19,711 points) and Oscar Robertson (9,887 assists) could come close to the 11-time All-Star’s incredible record.

The 36-year old signed a new deal with Phoenix in the summer, reportedly keeping him in Phoenix for four years, after being part of the team’s revival last year that saw them reach the NBA Finals after ten years without even reaching the playoffs. So far this season, the Suns only have one win in three, losing to Portland and Denver so far but beating the Lakers, a respectable set of results given the difficulty of regular season basketball, so expect the Suns to pick up a bit of form over the coming weeks. 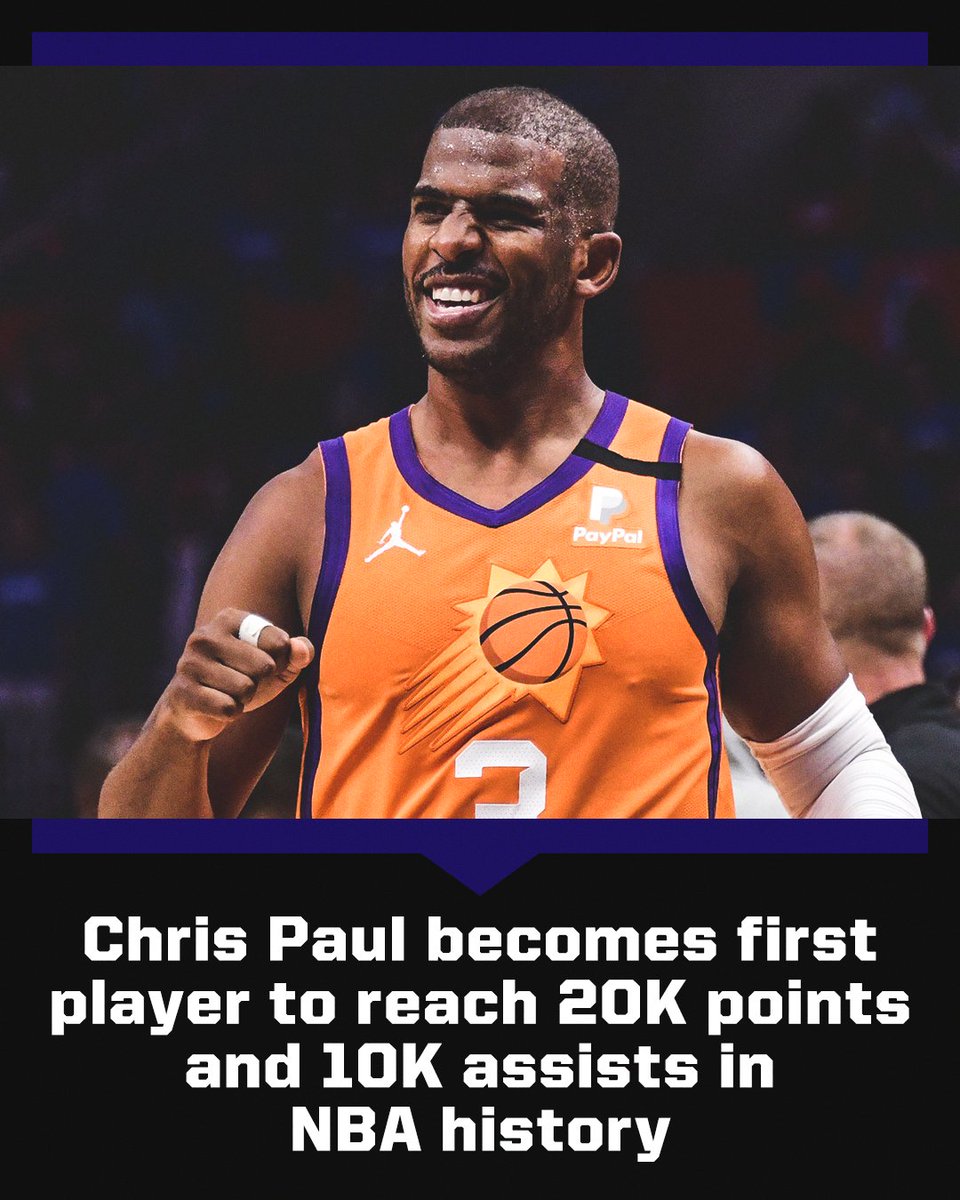 The Brooklyn Nets sit 14th in the Eastern Conference. With just one win over the similarly disrupted 76ers, they haven’t had the start to the season they would’ve wanted. Only the Detroit Pistons have been worse than Brooklyn in the East, and now Charlotte Hornets have only piled onto the misery that’s gathering in Brooklyn.

The fourth quarter surmised the performances of the Nets so far this season, with only Kevin Durant and James Harden hitting double figures in points in the entire game, and Charlotte managing to score 32 points to Brooklyn’s 17, leaving a 16-point gap in the scoreline by the time the final buzzer had been sounded. To add to the loss, anti-vaxx protestors tried to storm the Barclays Center before the game in the name of Kyrie Irving, the guard who has found himself embroiled in a standoff against his contract-holders in the Nets over the franchise and league’s vaccination protocols.