Sports
News
Here are five sport stories that might have passed you by this weekend
Kris Voakes
11:38, 04 Jan 2021

Steph Curry continues to set the pace in the NBA, there was drama, controversy and recrimination on the final weekend of the NFL regular season and we have a new world darts champion. Here are five stories you might have missed over the past couple of days…

NBA superstar Steph Curry outdid even himself on Sunday as he scored a career-high 62 points in the Golden State Warriors’ 137-122 victory over the Portland Trail Blazers.

In basketball’s first 50-point performance of the season, Curry bagged 21 points in the first quarter alone, as he made his intentions clear from the tip-off. After netting two free-throws to take him past his previous career mark of 54, the Warriors guard sank two stunning three-pointers to become the first NBA player to score 30 points in each half since February 1977.

Despite the win, the Warriors remain at the foot of the Pacific Division with three victories and three defeats from their first six games.

While the Chicago Bears were busy sneaking into the playoffs despite a 35-16 defeat to the Green Bay Packers, there was huge drama elsewhere in the NFL as the New York Giants were left crying foul at Philadelphia Eagles head coach Doug Pederson.

The Giants needed the Eagles to beat Washington if they were to win the NFC East, but it was Washington who came out with a narrow win after a number of controversial moves by Pederson. With little to play for other than pride after a disappointing season, the Eagles chief made some unorthodox in-game calls and also substituted quarterback Jalen Hurts for the fourth quarter in favour of backup Nate Sudfeld.

Sudfeld made a number of key errors as Washington went on to win 20-14, clinching the division ahead of the Giants and progressing to next week’s Wild Card round. Giants players were far from happy with Pederson though, flooding Twitter with questions over Pederson’s decision-making, with wide-receiver Darius Slayton claiming, “This is sickening”. 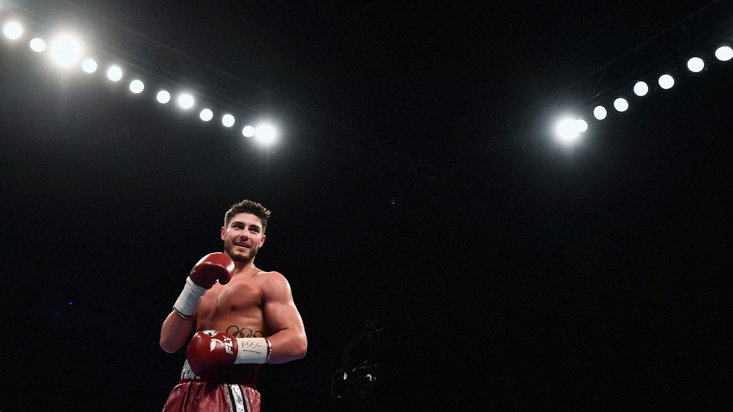 The continued rise in Covid-19 cases in the UK has led to the British Boxing Board of Control announcing a suspension of all boxing for the rest of January.

With much of the nation now under Tier 4 restrictions, the fight game’s governing body took the step to call a halt, explaining in a statement, “Following the increase in Covid-19 cases in the United Kingdom and the effects such increases have on the NHS and the work of the Board Medical Officers, it has been decided that no tournaments under the jurisdiction of the British Boxing Board of Control will take place in January 2021.

“A further review by the Board’s Medical Panel and Stewards will take place later in January in relation to tournaments from February onwards.”

The suspension means that the European welterweight title fight between David Avanesyan and Josh Kelly has been postponed for a second time.

Having come through a last-set showdown with Jamie Lewis and two sudden-death last-leg deciders to beat Brendan Dolan and Daryl Gurney on his way to the final, the Welshman made relatively light work of Anderson in the final to lift the World Championship trophy for the first time.

“I think it’s going to take a couple of days to sink in,” said Price afterwards as he came to terms with not only becoming world champion but also the new world number one. Price also became the fourth different PDC champ in the last four years.

Lions tour of South Africa in doubt due to Covid

A decision will be made by February regarding the viability of the British & Irish Lions tour of South Africa, as rugby union officials come to terms with the latest Covid-19 developments.

With the UK government currently advising against any travel to South Africa due to new strains of the Coronavirus, Lions bosses have said they will look to take a “timely” call on whether July’s tour can go ahead.

“We are making plans on the latest information available to us,” Lions managing director Ben Calveley told the Guardian. “Given the uncertainty that continues to be caused by the pandemic in both South Africa as well as the UK and Ireland, we are very aware of the need to make a timely decision on the best way forward.”

Thousands of fans usually make the trip to support the best of British and Irish rugby, meaning the Lions board are looking to make a decision sooner rather than later to cause the least disruption possible for supporters.

x
Suggested Searches:
Tyson Fury
Manchester United
Marcus Rashford
Lewis Hamilton
F1
Air Jordan
More
sports
With 100 Days To Go, Team GB Are Already Set For A Historic...
With 100 days until the delayed Tokyo Olympics, Team GB look set to make history before they have even [ ... ]
sports
Ranking The Best And Worst April Fool's Day Pranks From The...
So another April Fool’s Day has come to an end and as the sun sets on what for some jokers is [ ... ]
sports
The Good, The Bad And The Downright Ugly, What Happens When...
Italian giants Inter Milan have revealed a brand new club badge ahead of the Nerazzurri’s 113th [ ... ]
sports
Ahead Of Hendry Vs White, Here Are The Sporting Rivalries We’d...
As Stephen Hendry and Jimmy White are all set to rekindle their famous old snooker rivalry having been [ ... ]
sports
From Bruno Vs Tyson To Last Chance U: Five Must-See Sports Documentaries...
Rejoice! The end of lockdown is nearly in sight. Sadly, there’s still plenty of time until things [ ... ]
sports
From Eddie Hearn To Jamie Carragher, Here Are Five Must-Reads...
It’s the first Thursday of March and that can only mean one thing: It’s World Book Day. [ ... ]
sports
Amateur Sport To Be Allowed In England From 29 March
Outdoor grassroots sports will return in England from 29 March, prime minister Boris Johnson confirmed [ ... ]
sports
Brady's Bromance, Nadal's City Of Love And The Greatest Love...
Roses are Red,  Violets are Blue, We live for sport, And we know you do, too! Valentine’s [ ... ]
sports
Messi Reaches Goal Number 650 At Barca, Five Weekend Stories...
Lionel Messi continued to boggle the mind with the 650th goal of his Barcelona career, Patrick Reed [ ... ]
sports
The Socially Distant Sports Bar Is Like Being In The Pub With...
The day will come. We’ll be back. The beloved British pub will fling its doors wide open once [ ... ]
sports
The Six-Day Plan That Can Turn You Into A Hollywood Hardman...
Is there an actor who represents the quintessential British hardman better than Jason Statham? Probably [ ... ]
sports
It’s Mahomes vs Brady At The Super Bowl, Five Sport Stories...
In a weekend which saw UFC 257 and the FA Cup grabbing a lot of attention, there was plenty of other [ ... ]
sports
Daniel Craig's Full-Body Bond Workout That Will Turn You Into...
The release of No Time To Die is a bittersweet one. On the one hand, after months of Covid-induced delay, [ ... ]
sports
The Super-Quick Routine Jason Mamoa Used To Get Ready For Aquaman
Is Jason Mamoa the coolest actor in the world? Maybe. The Guinness swigging, axe-hurling Hawaiian actor [ ... ]
sports
Max Holloway Is A UFC Record-Breaker, Five Weekend Stories You...
All the attention might have been on the anti-climax that was Liverpool vs Manchester United this weekend, [ ... ]
sports
From Fernando to Maradona, These Are Five Of The Best Sports...
Yep, back again. Nope, not out and about, meeting up with our mates or heading to the football but instead [ ... ]
sports
The Five Key Moves Cavill Uses To Get In Supernatural Shape...
Netflix’s TV series adaptation of The Witcher proved to be one of the most popular shows to land [ ... ]
sports
Work Out Like A WWE Superstar With John Cena’s Five-Day Training...
He’s widely regarded as one of the greatest professional wrestlers of all-time, has nearly 15 [ ... ]
sports
Conquer Those New Year Resolutions With These Five Fantastic...
During the first quarter of 2020 fitness apps were downloaded a staggering 593million times. Factor [ ... ]
sports
Work Out Like Hollywood’s Hardest Worker, Mark Wahlberg, With...
Mark Wahlberg hits the big 5-0 this year, and in those five decades the man from Boston, Massachusetts [ ... ]
sports
Why The History Channel’s Arctic Edition Of Alone Is Unmissable...
There have been a plethora of crazy TV series in recent years, take The World’s Toughest Race  [ ... ]
sports
Cheeky Chappie Jimmy Bullard’s Fishing Pod Is A Remarkably Down...
Fishing is one the sports that has seemingly proven immune to COVID-19 restrictions. You’re (usually) [ ... ]
sports
The Women’s Six Nations, Eubank Jr And Trump Are The Weekend's...
We may all be stuck inside but sport is continuing for now, which means some things may have slipped [ ... ]
sports
Boost Your New Year Goals With These Five Essential Bits Of...
Running is one of the simplest forms of exercise someone can do to stay in shape but that doesn’t [ ... ]
sports
In Time To Play Hulk Hogan, Here's How Chris Hemsworth Got God-Like...
Chris Hemsworth took Instagram by storm in November when a picture posted by the Australian actor, of [ ... ]
sports
The Weight-Lifting Workout Brad Pitt Used To Create His Fight...
It’s been more than twenty years since the David Fincher masterpiece Fight Club premiered for [ ... ]
sports
Build Muscle And Burn Fat With These Three Bodyweight Routines...
Health kicks can certainly be expensive but that doesn’t mean that they have to be. Sure, if you’re [ ... ]
sports
Olympic Skier Graham Bell’s Positive Podcast Makes Sure You...
Graham Bell is used to navigating slippery slopes. The former Olympic skier who once hit a top speed [ ... ]
sports
Weights, Motivation And Cheat Meals, These Are Dwayne Johnson’s...
Dwayne Johnson is a fitness God. Whether it was reaching peak shape to star in WWE, building bulging [ ... ]
sports
The Workout Circuit That Transformed Keanu Reeves Into John...
Keanu Reeves is absolutely killing it at the moment, and we don't just mean literally as hitman [ ... ]