Football
News
Newcastle fans and the manager they don't want both have something to celebrate this afternoon.
Joey Mills
06:55, 17 Oct 2021

1000 games as a manager is cause for immense celebration. In an industry as trigger-happy as football, most managers fall long before this prestigious milestone. In an event nobody would have put money on a week ago, Steve Bruce will enjoy his 1000th game as a club manager when Newcastle United welcome Tottenham Hotspur to St James’ Park. Enjoy is perhaps the wrong word. Given the reaction he has received from Newcastle fans this season, endure might be the correct term.

With the mood finally positive on Tyneside, with Newcastle fans thrilled to finally see their club out of the thrifty clutches of Mike Ashley, Steve Bruce’s continued employment has the quality of an unwanted party guest. Particularly given the milestone, this afternoon is akin to Bruce turning up to a wedding and sticking a birthday candle in the cake. Bruce is happy, the Magpies faithful are happy, but both are completely separate joys.

The game does have the feeling of a sideshow, an interruption to the constant news cycle surrounding Newcastle, their takeover, and the status of their manager. Who needs to worry about the fact you still haven’t won a game when you’re definitely signing Mbappe, both Ronaldos and Pele? But away from the clickbait over-excitement on social media, and the more realistic dreams of measured progression from the match-going support, there is the small matter of a football match taking place.

Through all the feverish excitement, and the speculation on who will be the first Robinho-style statement signing, the most pressing issue at St James’ Park is winning football matches. There is unlimited potential for the club to make some huge acquisitions, even as early as January. But there are 13 games to play before the transfer window opens. Somebody needs to get the most of these players right now, with 39 points at stake. For a club that only has three points so far, a manager taking the initiative in the here and now is imperative. 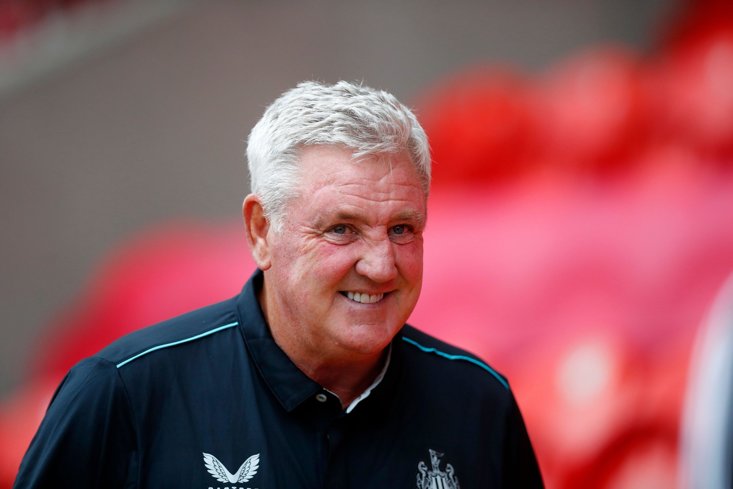 That looks unlikely to be Bruce. His 1000th managerial outing takes on a bittersweet flavour when you realise neither the fans nor the board appear to want him in the dugout for this or any other upcoming fixtures. Rumours abound that Amanda Staveley is waiting on the go-ahead from the Saudi-led PIF to sack the former Hull City coach. While understandably coy, Staveley’s statement confirming Bruce would be in the dugout against Spurs offered very little comfort. Staveley said, "Steve has been very professional in our dealings with him and he and his coaching team will take the team on Sunday. If we make any changes going forward, Steve will be the first to know." While votes of confidence are often a poisoned chalice in football anyway, this is more of a vote of apathy.

Thus we head into this afternoon’s culture clash. A happy manager and happy fans, both rightfully rejoicing, but somehow remaining at loggerheads. Newcastle fans have every right to feel relieved at Mike Ashley’s departure, even if they have arguably gone from the frying pan to the fire in terms of problematic owners. The manager can also afford himself a smile, for reaching 1000 games in a modern football landscape in which such durability is rare. It has not been easy, in fact right now it could be harder than ever. But while Newcastle fans may be best served looking to the future, Bruce can reflect on his past. The one thing that could unify supporters and manager is three points against Tottenham.