Monday Night Football was not good viewing if you are a Nottingham Forest fan. After a long wait for an East Midlands derby in the Premier League, Forest were taken apart by Leicester City in a 4-0 romp at the King Power Stadium.

Both clubs headed into the match needing a win as they languished in the relegation zone. Leicester, who were bottom, were on a torrid run of six consecutive league defeats in a row, while Forest were on a run of four losses.

From the first whistle it was quite clear how the match was going to pan out. The Foxes looked far more hungrier for the occasion than their rivals and were the deserved winners on the night.

The latest defeat for the Tricky Trees has led to questions surrounding Steve Cooper’s position at the helm, which quite frankly is ludicrous at this stage of the season. Of course, when a team makes over 20 signings in one transfer window, you make life difficult for yourself to get them firing instantly. But it takes time.

Due to the volume of players Cooper has got to work with in training, it will take him a while to get them up to speed with how he wants them to execute his instructions on the pitch. He still needs to discover what his strongest lineup is.

Despite a largely disappointing performance on Monday evening, Forest were able to create some good chances at goal, and had it been on another night where they weren’t so low on confidence, they could’ve grabbed a few.

Neither Forest or Leicester boast great defences as the league table reflects, and while it is currently Cooper’s most pressing issue, the pressure on his position is unwarranted - at this stage anyway. 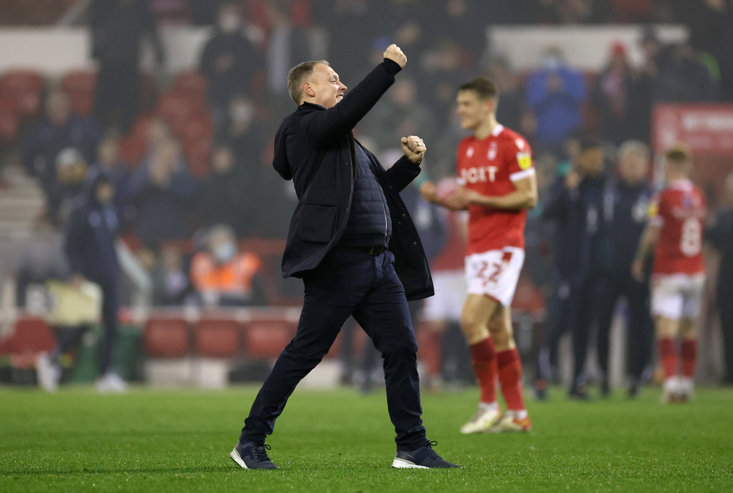 When he took charge of Forest in September last year, the club were rock bottom of the Championship after eight games, the same amount they've played so far this season. He came in and completely transformed the side from the weakest to one of the strongest teams in the division as he guided them to promotion via the play-offs. The man who led this historic club back to the big time for the first time this century, uplifting an entire city in the process, deserves to be given as much time as possible to try and secure their position in the top-flight.

Since the 4-0 loss to Leicester, Rafael Benitez has been linked with the position which is not yet available. It is not only insulting, but it's not even an upgrade when you consider just how poorly he did with Everton in his last managerial role.

Over the next few weeks, the Welsh boss needs to tighten up his defence because they have been carved open far too easily in recent matches. Along with the four conceded to the Foxes, they have conceded three apiece to fellow promoted sides AFC Bournemouth and Fulham.

While the current frailties are concerning, supporters should trust Cooper to turn things around. After all, in the 38 league matches he oversaw in 2021-22, Forest kept clean sheets in 16 of them. He knows exactly how to bring security to the backline and given more time with the new recruits on the training pitch, we are likely to see significant improvements to their organisation and discipline.

This will breed confidence, which will lead to an upturn in results. There is no one better to turn things around than Cooper right now. He’s done it once before, in magnificent fashion, and he can do it again.