Steve Davis insists ‘benevolent dictator’ Barry Hearn leaves a unique sporting legacy of pure entertainment as he steps back from the limelight.

The 72-year-old Hearn, after 40 years as the UK’s No1 sports promoter, revealed on Tuesday that he is to stand down as chairman of Matchroom with son Eddie taking the reins. It seemed fitting that the announcement came during the Betfred World Championship with Hearn at the Crucible, as snooker was his first love and paved the way for all that followed.

Davis first walked into Hearn’s Romford snooker club in 1976 in the first of several ‘Sliding Doors’ moments. And when he won a first world title in Sheffield in 1981, Hearn proudly noted it was “two guys from council estates in Dagenham and Plumstead conquering the world”. The Matchroom company formed in 1982 has enjoyed huge success with first snooker before moving into boxing, darts, pool, netball, ping pong, tenpin bowling, fishing and poker.

The pre-eminence of darts legend Phil Taylor, like Davis managed by Hearn, represented another legend in a galaxy of stars brought to the public. And Hearn also had almost 20 years running Leyton Orient FC, a stewardship that immediately looked even better after he left.

Davis, 63, said: “You look at that first world title for me and wonder if the journey for Barry would have panned out the same without it. You’d like to think he would have travelled the same path if that was his desire, but circumstance and luck can play a part.

“You don’t know, and it is impossible to say for sure but some things are just a springboard at the right time that can take you on a journey. It did feel like a Sliding Doors moment, and without that Barry might not have been as involved in snooker.

“It was a long time for Matchroom to then become the beast it now is, but the fact we bumped into each other at that time seemed opportune for both of us. 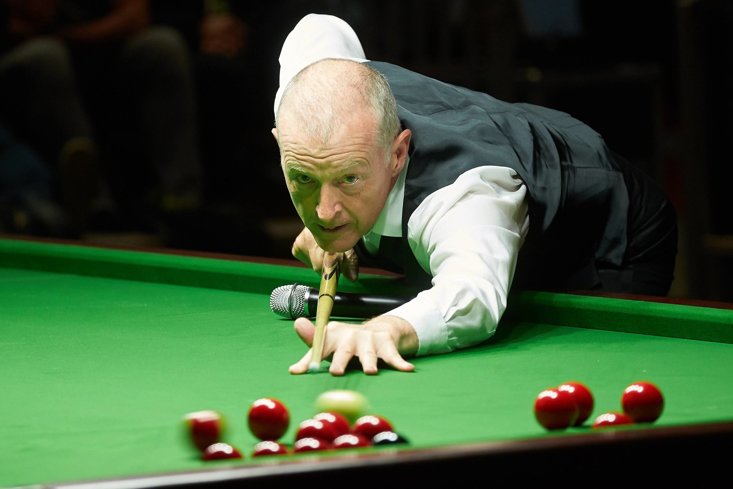 “Chris Eubank winning the world title was another very big moment in Barry’s life, and a lot of this comes down to the fact he will cry at a Lassie film, or watching Rocky. Even though he is a hard b*****d he has this emotional soft spot for a sporting story. And I think these moments in his life remind him of Rocky! He has had his own Rocky moments.

“His greatest legacy is the amount of entertainment he has given to sports fans, often creating the events. It takes the balls to put your money where your mouth is and deliver, and he has done it so often. How many fans have had a buzz from his events?

“It was emotional for me when he came back to run snooker, and scary to think how close that vote was in 2010 among the players. Had he lost, God knows where we would be – snooker could have imploded rather than grown worldwide as it has.

“But the snooker operation is now a well-oiled machine, with many contracts for TV and sponsorships in place for a number of years. That’s down to the mechanic at the top.

“He has done as good a job as he could possibly do on his watch. When he took over there were doubters, but look at the outcome. I have been in awe of his energy, working harder than any sportsperson, and driving on through heart problems. His work ethic is ridiculous, and infectious.

“There is nothing better than a benevolent dictator on your side and in your corner.”

Record seven-time world champion Stephen Hendry said: “He has transformed the game since he took it over.

“And your first worry is will he still have involvement because you would hope he would have a little bit in the game.”

As honorary president, adviser and consultant Hearn Sr’s involvement is unlikely to be at an end – but he will finally be stepping away from the tiller.