Football
News
The Rangers boss mooted that a swap to the English leagues could 'save' the sport in Scotland
Graham Ruthven
13:10, 16 Jan 2020

Never one to shirk away from speaking his mind, Steven Gerrard voiced an opinion that has been uttered by so many in Scottish football over the years that it now verges on cliche. “I would love the Scottish league to filter into the English leagues, all of them, to save and help the Scottish game,” said the Rangers manager, speaking to former Anfield team-mate Jamie Carragher on ‎The Greatest Game podcast.

He proposed that the Ibrox side, along with Celtic, should harbour ambitions to one day call the Premier League home.

“People from England don't realise how big Celtic and Rangers are, because they only watch Old Firm games,” he continued. “Can you picture now a Premier League with those two clubs in? The atmosphere at Celtic Park and Rangers is off the scale. It's a unique experience. I don't think it will ever happen, just because of the amount of power of the other [Premier League] clubs.”

Gerrard is wrong, though. Scottish football doesn’t need saving. Scottish football is flawed, undeniably so, but it’s in those flaws that beauty and charm can be found. If Gerrard, in his role as one of the country’s most prolific footballing figures can’t see that, then he isn’t looking in the right places.

There’s no hard evidence that moving Celtic and Rangers to England would benefit Scottish football in any tangible way. Of course, the two Glasgow clubs would benefit, planting their drill into the Premier League well, but the rest of the national game would risk becoming a football backwater. 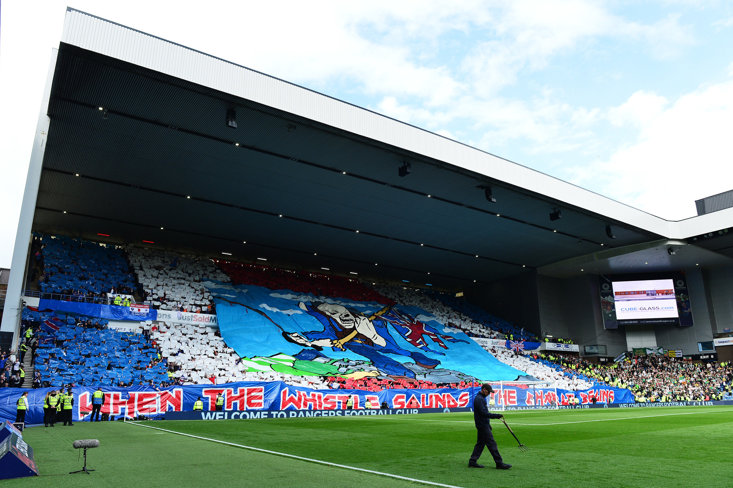 Ibrox, the home of Rangers FC, ahead of their Old Firm clash with Celtic

What’s more, Scottish football already punches above its weight. On average, 2.1% of the country's population can be counted inside Scottish football stadiums every weekend. Only the Faroe Islands boasts a better match-going fanbase per head and attendances continue to rise since the return of Rangers to the top division.

Even in European competition, Scotland’s coefficient is at a five-season high with Celtic and Rangers in the last 32 of the Europa League. This is a country that has recently provided a platform to the likes of Virgil Van Dijk, Andy Robertson, John McGinn and Moussa Dembele. While the national team continues to struggle, there are plenty of measures to suggest Scottish football is doing just fine.

Scottish football’s curse is that being so geographically close to England it is perpetually compared to the Premier League even when that comparison would be unkind to almost any other division on the planet. Recently, Scottish football has learned to become more comfortable in its own skin. The prospect of Celtic and Rangers moving to England hadn’t been mentioned for quite some time and it shouldn’t be mentioned again for a while.