Leeds United fans have not forgotten Marcelo Bielsa. They will never forget Marcelo Bielsa. The Argentinian coach has transformed the Yorkshire club from a fading giant to a vibrant Premier League side once again. The love affair was mutual, with Bielsa managing more games for Leeds than any other team during a 32-year career. And while he won’t be adding to his total of 170 games in the Leeds United dugout, the flames of affection will never die.

This much was clear during The Whites’ 3-0 loss to Aston Villa on Thursday night. New manager Jesse Marsch had few friends in the crowd, as the home fans chanted Bielsa’s name throughout the night. The American also had a fan throw a scarf at him at one stage, which Marsch kicked away, symbolising his frustration.

The reaction to the former RB Leipzig coach has perhaps been slightly unfair. Marsch has only been in charge for two matches, and while both were losses, Leeds had also been beaten in their previous four before he joined. While some of Marsch’s tactics have been questioned, such as deploying winger Daniel James as a forward against Villa, he hasn’t really put his stamp on the team yet. The 48-year-old has actually broadly stuck to the team Bielsa was using before he was let go.

The problem appears to be less about the job Marsch is doing, and more about who he is. Two games is no time to judge the impact of a coach, but Leeds fans are still reeling. Bielsa’s departure was sudden and surprising, and came without a chance to say goodbye. The former Lille coach had taken Leeds back into the Premier League playing a riotously entertaining style, and connected with the local area in a way few managers do in this globalised era of the sport. Anyone filling the gaping void Bielsea has left would take time to be accepted by a fanbase in mourning.

Which begs the question; why sack Bielsa at all? The results had been poor, but the mood around the club was still one of defiance rather than deflation. Leeds fans believed in their manager to turn the situation around, and who better to motivate the players to pull off a miracle than the man who has taken them to their greatest heights? 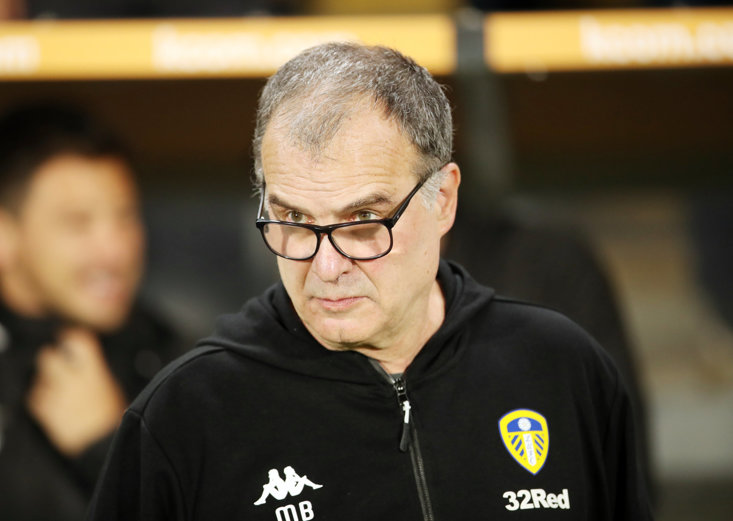 For all the fear of the drop, Bielsa has never had Leeds in the bottom three during his entire tenure. They are now just two points ahead of 18th-placed Burnley, with the Lancashire side having two games in hand. This is not to exonerate Marcelo’s role in taking them to the brink of the drop, but you do wonder if Marsch has really added more to Leeds than was taken away by Bielsa’s departure. The architect of the modern Leeds, nobody understands what makes these players tick better than Bielsa. That is an asset that could have come in handy even in the event of relegation.

Precisely one manager in the last thirty years has managed to get Leeds promoted from the Championship to the Premier League. That manager is Marcelo Bielsa. Even if survival proved beyond them this season, a summer of recruitment and a manager who knows how to get this club promoted could have seen a quick return. If Leeds go down now, it will be with a manager whose only contribution to date has been relegation.

The decision to remove Bielsa from his role was understandable, but looks at this early stage like being incorrect. The idea of replacing him with Jesse Marsch is not a terrible one, considering the American emerged from the Red Bull system, which in itself emphasises high-pressing football inspired by Bielsa. But the timing is poor. Leeds United were in a no-lose situation with Bielsa. If he keeps them up, it’s another page in his growing legend. If they had gone down, at least Leeds would have had a manager well-placed and with enough respect in the bank to take them back up. Leeds took one look at a no-lose situation and lost anyway. The cost could be relegation and an uncertain time in the Championship.