Few journalists have followed Liverpool so fervently and passionately over the past several years as Melissa Reddy, the Senior Football Correspondent for The Independent, and the host of the Between The Lines podcast. And few journalists have been so fortunate to have been able to follow first-hand the Reds so closely during such exceptional propensity for prosperity, a thick vein that has been more constantly pumped full of adrenaline than it has been in decades.

Names involved to compete with the very best, strength in both supreme individuality and squad: van Dijk, Sadio, Salah, Alisson, TAA, Robbo. Blockbuster purchases and homegrown talent. You know the faces, you know the story. Like every season winner, Liverpool’s resurrection up to the top of both England and Europe has benefitted from ever-increasing exposure; television broadcasting, social media, audio entertainment, of which Reddy herself has been heavily involved in.

The face of the overall operation has of course been Mr Jürgen Klopp. In ‘Believe Us’, Reddy transports the reader back to a time in early 2014. Luis Suarez was seemingly helping to power Liverpool to the title before a certain slip-up and Brendan Rodgers was the man in the dugout. Klopp was certainly looking increasingly likely to move to the north-west, but for Liverpool fans it was at the wrong end of the M62.

“David Moyes was horribly floundering at Manchester United. Sir Alex Ferguson’s successor was well out of his depth and urgent action was necessary to remedy the club’s demise,” describes Reddy with United’s executive vice-chairman, Ed Woodward, scheduling a chat with Klopp in Germany.

“Woodward’s pitch, however, was the antithesis of what would appeal to Klopp. He spotlighted their financial might and offered an Americanised picture of blockbuster names and entertainment while likening United and Old Trafford to the game’s Disneyland.” 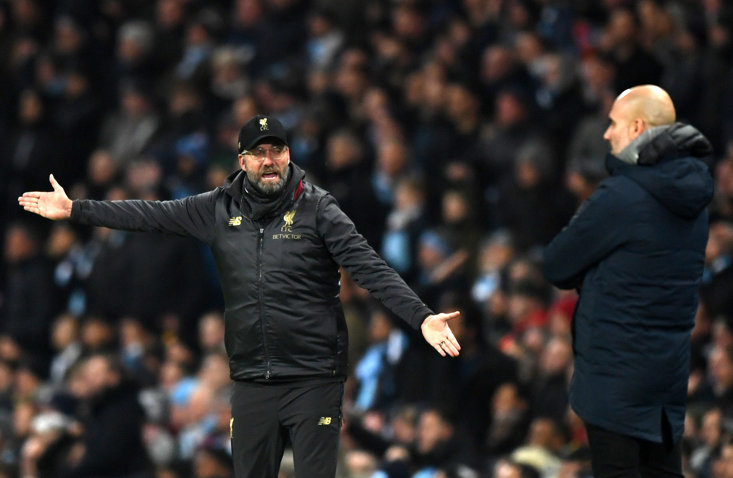 On October 8 2015, it was announced that Jürgen Klopp had been appointed Liverpool's new manager, with the former Borussia Dortmund boss signing a three-year deal worth £15m. From that, the narrative kicks in. Reddy has been an unabashed advocate for Klopp’s eccentricities, and her support and passion has reaped dividends with the proof in the pudding on the pitch and the prizes, and the story is thoroughly readable in Believe Us.

With the iconic German gaffer, Reddy adds further colour to the generalised painting of the manager as “a football romantic who feeds off emotion and who counts time spent on the training pitches as more fundamental than transfers”.

The book hints that with their charismatic gaffer remaining in charge for the next few years, that journey is far from over. Believe it.