Football
News
Fergie was right, defence really does win you titles, and it has won Manchester City this one
Simon Lillicrap
14:38, 27 Feb 2021

As Manchester City won their 20th consecutive game with a 2-1 win over West Ham to go 13 points clear at the top of the Premier League, the words of the legendary Sir Alex Ferguson rang true once again. This time, as City’s defence conceded their first goal at the Etihad in eight games, it was Ruben Dias and John Stones who proved their worth at the other end of the pitch, scoring the goals to secure all three points.

Dias, who signed from Benfica for £60m this summer, has proved himself to be one of the signings of the season, dramatically improving Pep Guardiola’s defence. Sky Sports pundit Jamie Carragher gladly heaped on the pressure on the day he signed as he said:

“This is a transfer that has to work for Manchester City.”

“I look at Ruben Dias coming in and there’s a lot at stake. I think if he’s not a huge success, I don’t think Manchester City can win the league.”

Well Jamie, he has been a huge success and Man City are going to win the league. Of that there is now no doubt. Despite the qualities of Aymeric Laporte, and the signing of Nathan Ake, it has been Stones who has formed an almost unbreakable partnership with the Portuguese defender. Having not started eight of the first nine games as City struggled, it has been a quite remarkable turnaround for both the Englishman and Guardiola’s back line. 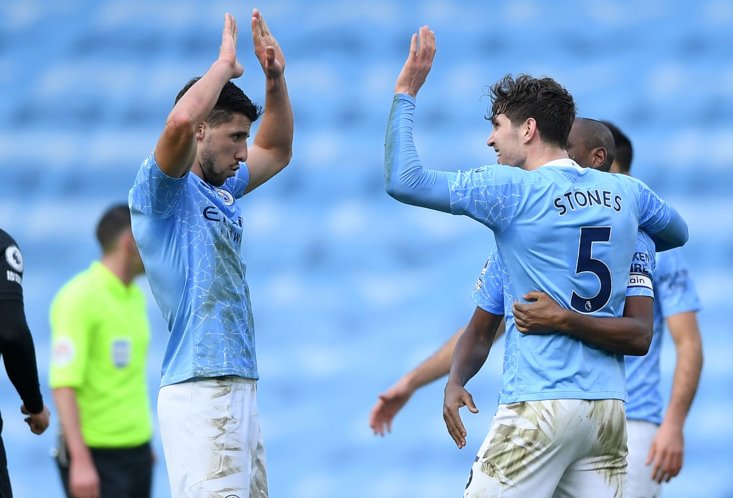 City took the lead after a typically dangerous ball from Kevin De Bruyne was headed home by the £60m man Dias. The header had too much power for stand-in keeper Darren Randolph to handle and from there it looked like it would be plain sailing for the table-toppers.

West Ham equalised after a flowing forward move freed right-back Vladmir Coufal who attacked City's left. He cut a ball back for Jesse Lingard and although the former Manchester United player scuffed his shot, it was poked home by that man again, Michail Antonio, who is now so dangerous in the penalty box.

Phil Foden and Gabriel Jesus were called on from the bench as Sergio Aguero managed an hour on his return to action but it was two men who started who put the hosts back in front. With West Ham penned in, Riyad Mahrez got one on one with his defender before pulling the ball back to centre-back John Stones, who confidently swept the ball into the net, for his fourth of the season. 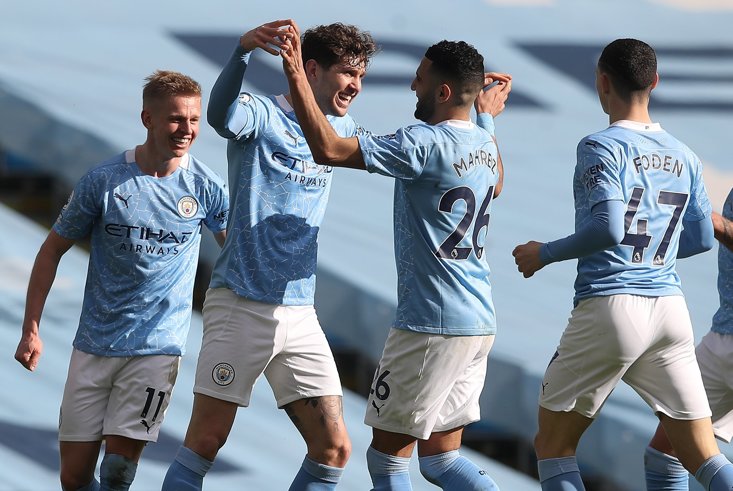 David Moyes, who signed Stones at Everton, will be left frustrated but unsurprised by the result, as his side put in a brilliant effort to push City all the way. Tomas Soucek was inches away from equalising with the last touch of the game. If the Hammers continue to perform like this for the rest of the season, they must be taken seriously as Champions League contenders, which is testament to the job Moyes has done in east London.

For Guardiola, he now has a rock-solid defence to rely on and although they were breached today, they still made the key contributions at the other end of the field. Fergie was right, defence really does win you titles, and it has won Manchester City this one.