Football
News
The England legend told The Sportsman the side he would pick to play in the Three Lions' Euro 2020 opener against Croatia on Sunday
Simon Lillicrap
17:03, 11 Jun 2021

England legend Stuart Pearce believes Manchester City man Raheem Sterling should get the nod to start in England’s Euro 2020 opener against Croatia on Sunday, as Gareth Southgate faces a selection headache about who should play alongside Harry Kane in the forward line.

“I would start with [Phil] Foden and Sterling either side, that would be my starting line-up I think,” Pearce tells The Sportsman. “There’s the odd question mark about Sterling and his form, but listen, he has been pretty solid for England over a number of years and he is a big game player, he is used to the big games.

“There are so many options for England which is a fantastic thing. I don't really think it is crucial who starts the game, I think it is probably more important that Gareth gets his substitutions right in the flow of the game.”

When discussing his preferred starting XI, Pearce, who got 78 caps for his country, was keen to point out the importance of not losing the opening game of the tournament. 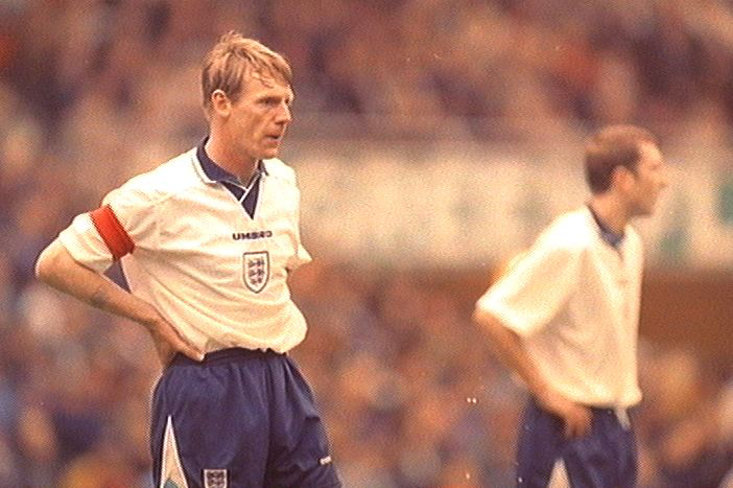 “I would bear in mind that arguably this might be the toughest game on paper,” he says, aware of the qualities of the side who dumped England out of the 2018 World Cup. “As I am acutely aware of in tournament football, you cannot lose the first game; it puts your team under a lot of pressure if you do. Do you pick a team that is a little bit cautious or do you go after the opposition?

“My mentally would be this: with one or two questions about our defence, I would probably err on making sure we had a good defensive shield in front of them, to help them out. For me I would play Declan Rice and Kalvin Phillips in front of the central defenders. I thought in March, when they played together they played very well together, they complimented each other, even though they are a similar type of player positionally. That is where I would go.

“I'd play those two and in front of them, certainly, Mason Mount, He's a non-negotiable first pick. Then beyond him, is Harry Kane playing up front that is a given for everybody. Without him we really lack that world class bit of punch and an individual that ties it all together.”

England have a wealth of quality options up front, but the same can’t be said for the centre of the defence. With Harry Maguire unlikely to feature in the opening game, Southgate could switch to a back three, but Pearce thinks that is unlikely.

“England can play a three or a four quite seamlessly, I don't think that is a problem. What I would say is they played a back four in the past two games, so I would be a little bit surprised if he changed to a three, to start this game.

“For me, I think it'll be [Jordan] Pickford in goal, I think [Kyle] Walker will play right-back in a back-four, [John] Stones, probably [Tyrone] Mings and I would say [Luke] Shaw. That would be my back four I think from what I've seen. There's not much to choose between Shaw and [Ben] Chilwell that is for sure, great options there but Shaw would just edges it for me.

“Stones definitely would take a place. I think Mings has probably put one or two questions marks by his own performances in those two friendlies, whilst I named one or two players that had done well in the recent friendlies, he's one that I don't think has played particularly well. I don't know whether there is a question mark but the options are limited for Gareth with Maguire being out injured, but that would be my goalkeeper and back four.”

One key talking point this weekend will be the response to England players taking the knee in the fight for racial equality. At the two friendlies in Middlesbrough, boos were heard, but Southgate and his side have remained dedicated to this cause throughout.

“I think firstly I have got to say Gareth and the squad have handled themselves in a brilliant manner. I really do,” Pearce says with pride. “I think Gareth's open letter that he penned this week to fans was a very well thought-out scenario to do and rightly so from him. As you say, you just hope come Sunday that there is respect in the stadium about why the players are doing it.

“Listen, it is for the right cause and for the right good. The bottom line is that the players and the manager have handled themselves very very well in this whole scenario.”

The first game for England always tends to be a troublesome one. Even in 1966, England’s opening game was a dour 1-1 draw, while in Euro ‘96, a tournament in which Pearce played in, a 1-1 draw with Switzerland drew criticism.

“I can't remember in my living history, certainly the tournaments I’ve been involved in, where the team has actually played particularly well in the first game and got a desired result in the first game. It has always been a very nervous affair.

“For Gareth it will be a case of, however we have to do it if we can get three points and that takes some of the pressure off the group of players. All I want is the players to go out and enjoy themselves and show form and confidence and togetherness that we have seen over the last couple of years.”