Horse Racing
News
We take a look back at some of the best moments from the 'Greatest Show on Turf'
Kieran Spratt
14:55, 03 Mar 2022

We’re less than two weeks away from the jumps racing showpiece that is the Cheltenham Festival. The event that is billed as ‘Four Days Of Extraordinary’ certainly lives up to its title, as 260,000 spectators descend on Gloucestershire for all the thrills and spills that come guaranteed with the Festival.

To celebrate, we look back at seven of our favourite moments from over the years…

At the Mares’ Hurdle in 2015, wins earlier in the day for Un De Sceaux, Douvan and Faugheen had left the bookmakers feeling a little nervous. Punters were anticipating a bumper payday courtesy of a Ruby Walsh/Willie Mullin combo four-fold, with just Annie Power left to go. However, their bet-slips were left in tatters when Walsh, well in front and on a clear path to victory, fell at the final hurdle. That last-minute disaster is believed to have saved bookies around £50m. 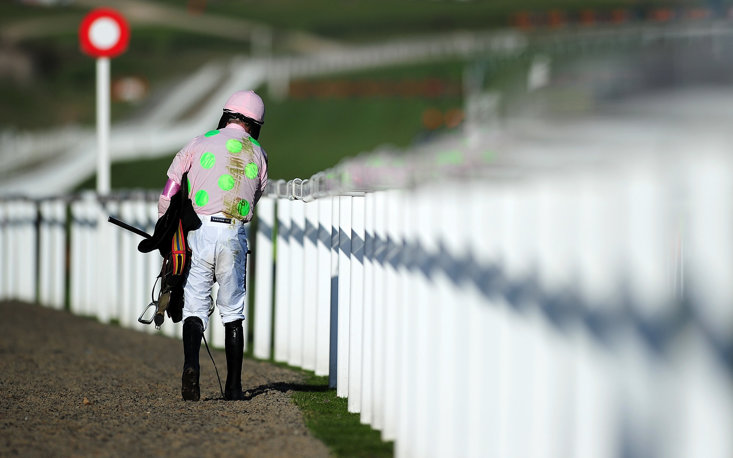 Part-time jockey Sam Waley-Cohen, the founder of a dental surgery, lived out every amateur sport star's dream when he clinched the Cheltenham Gold Cup in 2011 on Long Run. Not only did Waley-Cohen seize one of the biggest prizes in sport, but he beat some horse-racing’s greatest legends along the way, trumping the likes of AP McCoy, Ruby Walsh and Barry Geraghty

Welsh dairy farmer and trainer Sirrell Griffiths, who had just two other horses in his stable, shocked the horse-racing world at the dawn of the 1990s when his 100-1 outsider Norton’s Coin claimed the Gold Cup. One of the greatest underdog stories in sports history, let alone racing, Norton Coin’s extraordinary win proved fleeting, winning just one of his next 18 races before retiring.

In 2004, Best Mate caught the hearts and minds of a nation as he matched Arkle by winning a third Gold Cup, having won his first in 2002 and defended it in 2003. The famous Cheltenham roar has arguably never been as loud as it was when Best Mate pulled wide from the front two heading into the penultimate fence. The treble is a feat that hasn’t been matched since.

Another one of those ‘you had to be there’ moments from the Greatest Show on Turf. Ridden by Ruby Walsh, Kauto Star became the first horse to regain the Gold Cup in 2009, edging out stablemate Denman. Kauto Star had beaten Exotic Dancer in 2007, but was well-beaten by Denman the following year. The Paul Nicholls-trained horse immortalised himself as an icon of the sport in style, pulling 12 lengths clear of his rival to win.

Having won all three of the major spring festivals - Cheltenham, Aintree and Punchestown - the Nicky Henderson-trained Sprinter Sacre was written off in 2013 after being diagnosed with a heart condition. However, Henderson was given what he describes as his best day in racing in 2016 when, against all odds, Sprinter Sacre turned back the clock to win the Queen Mother Champion Chase for a second time. A true fairy-tale finish.

Another Nicky Henderson-trained superstar pulling some magic out of the bag when needed the most. This time it was Champ who, living up to his name, pulled off one of the greatest comebacks ever witnessed at the Festival in the RSA Insurance Novices' Chase. A whopping nine lengths down coming up to the final fence, and behind the likes of Minella Indo and Allaho, nobody believed Champ could get himself back into the race. But Minella Indo came in too tight at the last and Allaho ran out of juice, leaving Champ to claim the unlikeliest of victories.