Football
News
After two-and-a-half years in the job, we still don't really know how good the Arsenal manager is
Joey Mills
08:00, 18 May 2022

Arsenal’s eventual 2-0 defeat at Newcastle United on Monday night had not even concluded before it was trending. “#ArtetaOut” sat amongst such diverse topics as “Ric Flair”, “NDubz” and “Bernard Cribbins” on Twitter’s list of the night’s most discussed topics. I suppose broadly you could class all three along with Arsenal as institutions that enjoyed their glory years far in the past. But for the Gunners at least, it was not supposed to be this way. While nobody is expecting a sharp modernity from septuagenarian pro wrestlers or middling R&B collectives fronted by a man-child in a floppy wooly hat, more verve and exuberance is expected from the youngest squad in the Premier League. It is a feature they have lacked for a number of weeks now.

At the forefront stands Mikel Arteta. The Spaniard is so ingrained in Premier League managerial culture now that it is easy to forget this is his first head coach job to date. There have been successes too. Arteta took over in December 2019, and had lifted the FA Cup by August 2020. The Community Shield followed as the following season dawned, when Liverpool were defeated on penalties. These twin-triumphs showed promise after a fallow period under Unai Emery, who had the unenviable task of following the mighty 22-year reign of Arsene Wenger.

The going has been far tougher since that silverware-laden start. Back to back eighth-place finishes caused many fans to question the Arteta project. His time spent under the wing of Pep Guardiola at Manchester City and his early trophy success seemed to buy him a longer grace period with supporters than Frank Lampard and Ole Gunnar Solskjaer enjoyed in similar circumstances. This is perhaps reflected in the former midfielder’s status as the last man standing from top six clubs’ brief dalliance with club legend status over managerial experience.

Online fanbases are often more unforgiving than those inside the ground, as Lampard and Solskjaer found out. It is perhaps easier for supporters who remember watching these ex-players live to connect with them once they become coaches. Alternatively, perhaps Arsenal’s Twitter following have lost their rag with Arteta because Manchester United and Chelsea eventually admitted defeat and turned to Erik ten Hag and Thomas Tuchel, tactically gifted coaches with a fine pedigree. Whatever the reasoning, the Newcastle defeat seemed to bring these feelings boiling to the surface. 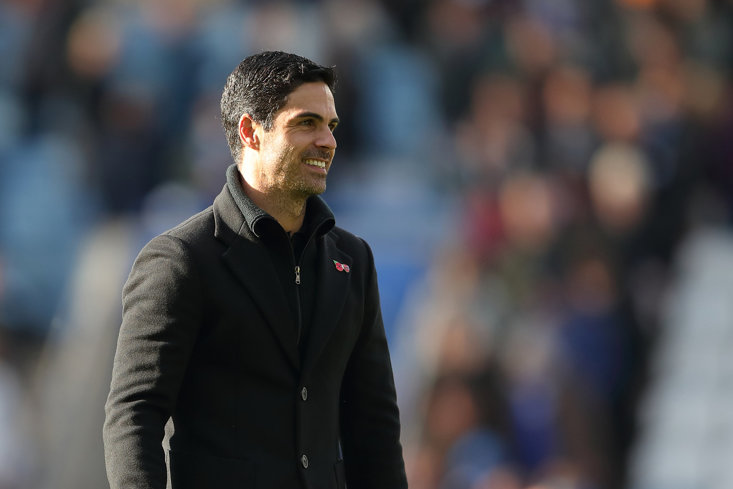 Some Arsenal fans have made up their mind. Arteta will never be good enough in their eyes, and the evaporation of their top-four chase is all the evidence they need of that fact. But the discourse around Arsenal was very different a few weeks ago. In fact, at various points this season the Gunners have been cast as an exciting young team transformed by a visionary coach. “Arsenal are back!” we were told by press outfits, pundits and fans.

There was some merit to this. At times, such as a run of five victories that snaked through February and March, or April’s back-to-back wins over Chelsea and United, the north London side really has looked like a force. Canny Arteta signings like Martin Odegaard and Gabriel have dovetailed well with a stunning homegrown crop that includes Bukayo Saka and Emile Smith Rowe. But like Arsenal’s bad runs that typically follow their good ones, some of the business has been baffling too. Letting brassic Barcelona steal Pierre-Emerick Aubameyang for a song looks foolish, as does the lack of January reinforcements.

The wider argument at play here is this: is Mikel Arteta any good? Is he the suave Pep disciple who brought Odegaard’s immense talents to the Premier League? Is he an out-of-his-depth novice who let Arsenal’s most potent attacker leave without replacing him? The truth is probably somewhere in the middle.

You do not learn Guardiola’s immense and nuanced secrets by osmosis. Arteta’s supposed studentship certainly bought him some hipster credibility from those calling other ex-player coaches “PE teachers”. But if, as expected, Arteta retains his job then famous connections and a history with the Gunners will not sustain him much longer. The manager has made marginal gains at Arsenal but, at a club as monied and well-attended as the former Premier League champions, more is needed.

Barring a miracle perpetrated by already-relegated Norwich City against Tottenham Hotspur on the final day, Arsenal will spend a sixth season outside the Champions League. For a club their size such ignominy is simply unthinkable. After two-and-a-half years in the job, we still don’t know for sure how good Mikel Arteta is. If we don’t find out next season, then he might not get another chance to show us.