Tuesday morning got off to an incredible and inspiring start as Leed Rhinos legend Kevin Sinfield completed his astonishing 101 mile run in 24 hours in aid of motor neurone disease research, raising over £800,000 for the cause.

His journey began on Monday from Leicester Tigers’ Welford Road Stadium and came to a fitting end at Headingley, home of the Rhinos for which he spent 18 years of his career. This is just another chapter in the excellent work the 41-year-old has done for the MND Association, having raised £2.7million by running seven marathons in seven days after his former teammate and friend, Rob Burrow, was diagnosed with the disease in December 2019.

Sinfield’s latest effort, the Extra Mile Challenge, was divided into 7km sections, which each had to be completed within 60 minutes. Catching his breath upon completing the extraordinary feat, Sinfield told BBC Breakfast: “It’s been a real team effort from all the crew and I wouldn’t have got it done without them.

“I’m broken – I don’t know when I’ll be able to run again. Rob knows how much we love and care about him.” 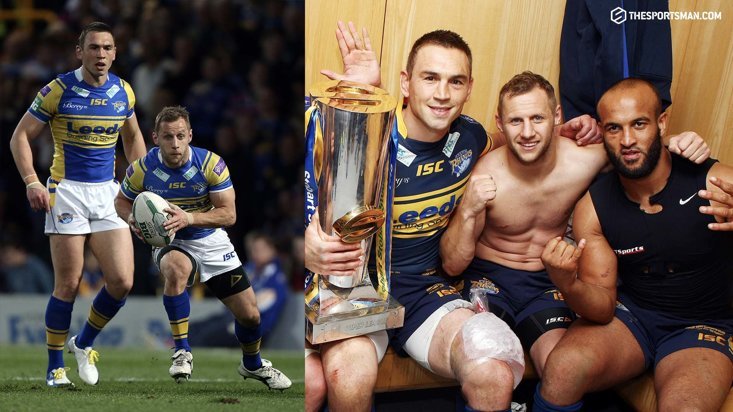 It was beautiful to see Burrow waiting to greet his long-time friend at the finish and the chemistry that the duo have is so visible, which epitomises the very best of humanity. The lengths of physical strain to go through to help support someone he cares about is going to be an inspiration to millions of people during a time when it feels as though we’re more divided than ever. Sinfield’s heroic challenge, coupled with no sleep, proves that anything is possible when you have heart and will to do it.

Some of the money that he has raised will also go to Leeds Hospitals Charity, where they hope to build a new care home Burrow’s name.

The eight-time Super League winner’s wife, Lindsey, was incredibly grateful to Sinfield. She told BBC Breakfast: “A massive big thank you to Kev.

“It’s been such a privilege to do the last mile with you.”

Sinfield will have been delighted to see that his initial £100,000 target had been smashed when he finished at Headingley and the figure is sure to keep rising in the coming days. 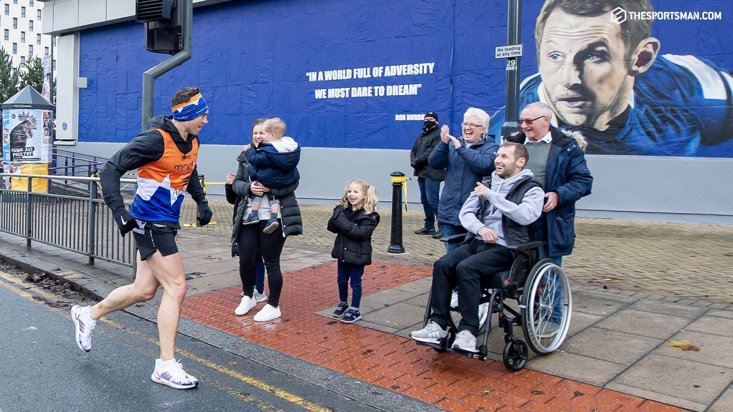 Speaking in October ahead of the challenge Sinfield said: “People are getting diagnosed with MND daily and some are only being given six to nine months to live, so we haven’t got that long to train, we have to move now and try to show people how much we care sooner rather than later.

“He’s [Burrow] a good friend. I absolutely know he would do the same for me and anyone else who was in that team. It’s important we show him how much we care about him, but also show the rest of the MND community how much love and care we have for them too.”

Earlier this year he was awarded an OBE in the Queen’s Birthday Honours for fundraising and services to rugby league, and after another huge challenge in the aid of helping others, an even bigger honour might be on the cards. Sir Kev, does have a nice ring to it.