With the days getting shorter, the very brief UK summer heatwave a distant memory and Covid travel restrictions easing, many families are plotting their holiday escape to sunnier climes. Not so Charlie Edwards, who has left his dream home on Portugal’s south coast for a flat on the banks of the Manchester Ship Canal.

The former flyweight world champion made the move to the Algarve during lockdown and was settling-in to a new life with his wife Kristin and baby daughter Sofia. But despite becoming accustomed to his new lifestyle, the hunger for a return to glory was too strong.

“I was taking a bit of time out of boxing. We always wanted to move abroad to the sun and be in a nice environment,” the 28-year-old explained. “With Covid, the lockdowns and everything that happened, I didn’t enjoy boxing. I boxed once behind closed doors, and I said to myself that I’d never do that again. There was no buzz for me. I like the entertainment factor. I don’t get in the ring to fight; I get in to box. I like to perform.”

That lockdown fight marked a return to the ring in September 2020, with Edwards outpointing former Commonwealth bantamweight champion Kyle Williams. It was also his debut as a Queensbury Promotions fighter and his first showing since August 2019 and the controversial contest against Jose Cesar Martinez. The fight originally ended with a third-round knockout win for the Mexican, only for the result to be changed to a no-contest after Edwards was hit with a body shot whilst on one knee.

Edwards, who relinquished his WBC belt shortly afterwards, now plans to operate at super-fly and has left wife Kristin and baby daughter Sofia in Vilamoura to focus on his quest to become a two-weight world titlist. 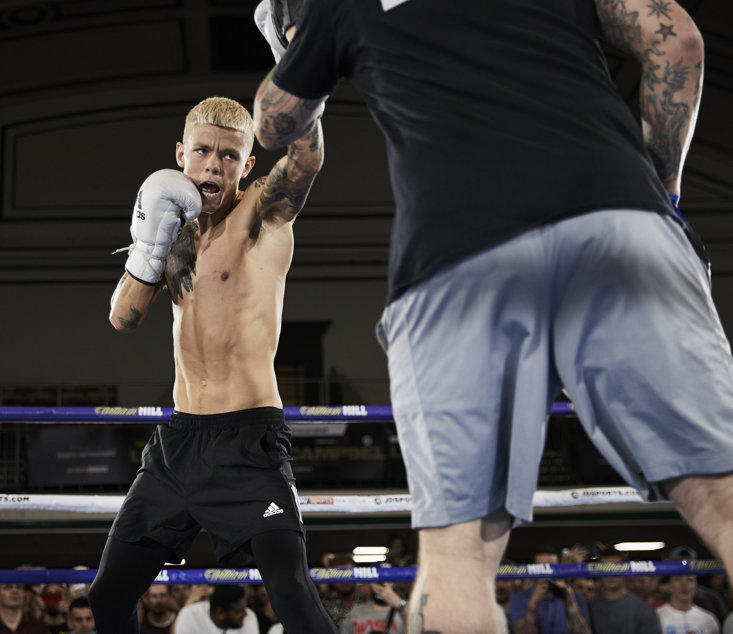 “I took a bit of time-out from the sport for the first time in 17 years. All the time from amateur to GB squad to the pros, I’ve never had a break. I had two months completely off while I was moving out to Portugal,” he said. “But boxing is like a drug, and I couldn’t go a day without thinking about it. I know how good I am, and I know my potential. I know I can win another world title. It was a no-brainer to get back to it.

“I parted ways with [former trainer] Grant Smith, who I have to thank a lot. He did a hell of a lot for me. We reached a world title and defended it together. But it was getting a bit ‘same old’ for me. I got a bit bored. In Portugal I thought about my next steps and whether I was going to carry on.”

After a little pondering by the pool, a call was made to a man with a busy stable of fighters and a proven track record in guiding world champions.

“I’ve been watching Joe Gallagher for a long, long time,” Charlie said. “I went sparring back in 2017 with Paul Butler when he was going to fight Emmanuel Rodríguez. I was one of the main sparring partners. I got on really well with Joe, and Paul, I’ve known him for years and years. He’s a good lad too. It just made perfect sense. Watching from afar and seeing how the team works, I was intrigued.”

Joe hooked up with Charlie in Portugal, where the pair did a little pad work before agreeing to work together. The mutual respect is evident as Joe recounts his first impressions from those sparring sessions.

“He turned up on his own. He warmed up thoroughly, professionally, got in and sparred. When he finished sparring, he carried on doing his work on the bag and the speedball. He warmed down right. Sparring partners usually come to gyms, warm up, spar, get changed and they’re gone. He didn’t, and I thought ‘wow!’ I just thought how disciplined he was with everything. It stuck with me. 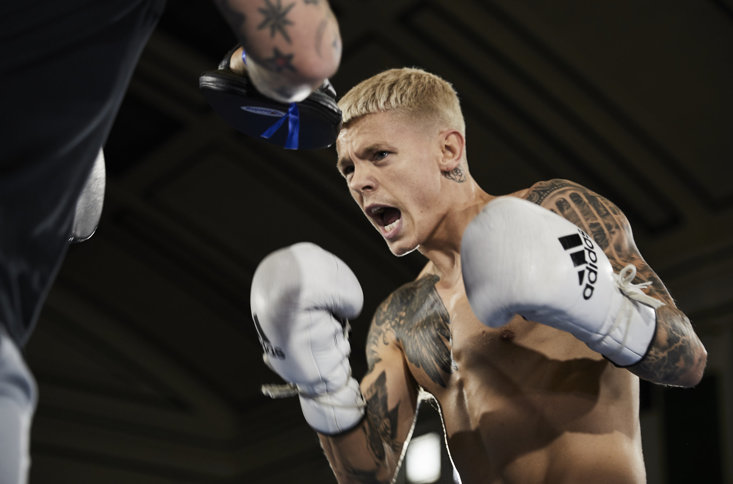 “He felt like he needed a bit of a fresh start. Charlie isn’t a kid that needs lots of work, he’s a talented kid. He’s dedicated, professional and that’s what you want. I also thought that what Paul Butler’s very good at, Charlie needs, and what Charlie’s very good at, Butler needs. It’s great in-house sparring, bringing them on. It’s very much like when Anthony Crolla had Stephen Smith and Scott Quigg.

“He’s come to Manchester; his missus is in Portugal with their new baby, so it just shows the dedication. He’s eager to learn and I just want to do my best for him. He’s a good personality in the gym and he’s settled in very well. He’s got everyone’s respect for what he’s done in the sport, and he gets on well with everyone.”

Charlie is set to make his debut with his new trainer on a show in either November or December and both believe another world title will follow before too long. For the fighter, it is just about keeping his head down and getting the work done with little distraction.

“I suppose it’s easier to go to the gym than to be up all day running around after Sofia!” he laughed. “I have to take my hat off to my wife, who’s steering the ship at home, allowing me to move forward with my career.

“You have to make sacrifices. You have to push yourself, be uncomfortable, and being away from my family is hard. I’ve got three, four or five years left in the game, so I’ve got to dedicate myself.”