An Emil Forsberg penalty was enough to propel Sweden to the cusp of qualification to the knockout stages of Euro 2020 after a much-improved second-half display in an otherwise turgid spectacle against Slovakia in St Petersburg.

It was not a pretty performance overall but Sweden’s performance after the break warranted a victory and got them the three points that they vitally needed. A fairly dull first half was served up as the two sides turned a showing which is practically encouraged by the tournament format which many people had predicted would stop teams from throwing everything forward in the hope of claiming a top-two spot.

While not every game that has been played at Euro 2020 so far has not been thrilling, they have all shown more quality and attacking urge than was evidenced in this tie. Coming off the back of a hard-earned draw against Spain, Sweden seemed quite comfortable to remain cautious with their possession due to a format which promotes four teams that finish third in the group stages to the round of 16. This less than thrilling affair was the sort of game many expected to see more of as the two teams played safe and simply did their best not to lose.

Sweden were not bold enough in the first half because they knew that in avoiding defeat they would still have a decent crack against Poland in matchday three to qualify for the last 16, and even three draws wouldn't rule them out completely. The new tournament format has encouraged half-hearted performances, and Sweden seemingly had that mentality in the first half in gambling on giving it a better go against Poland. 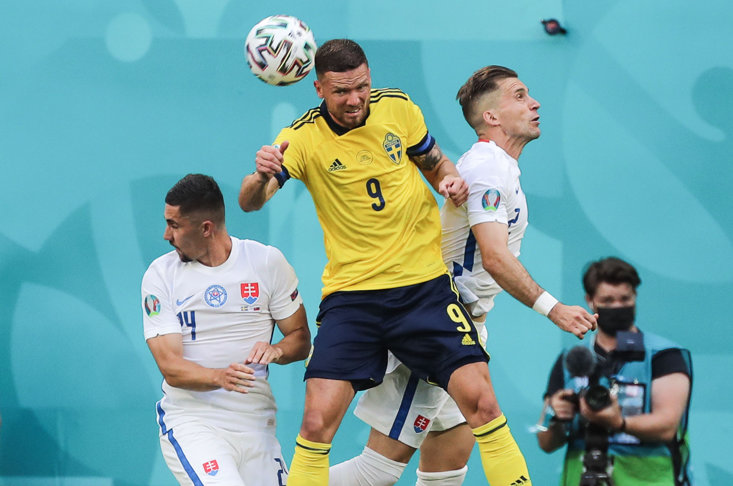 FOR TOO LONG, THE TWO TEAMS WERE RETICENT TO TAKE ANY RISKS

As for Slovakia, they played with that exact mentality. They slowed play down whenever they were in possession, having three points already on the board from their victory over Poland. They were already in a great position to make the round of 16 as a result of their bright start in the tournament.

Thankfully, Sweden were able to come out after the break with a desire to get a result and they threw more players forward and it paid dividends in the end – and they are now in a brilliant position to qualify by eventually playing football the right way.

Sweden saw plenty of possession of the ball in the first half but they lacked real quality to make it count. They continuously tried to cross balls in from the flanks but Slovakia were able to deal with what was thrown at them. Slovakia were happy to play with a slow tempo when they had the ball as a point would go a long way in their hunt for the knockout stages.

Ludwig Augustinsson had a great chance to break the deadlock after he got up to meet Larsson’s cross from the right and forced an excellent reactive save from Dúbravka. From the resulting corner, Marcus Danielson headed over from close range with no defensive pressure around him.

Alexander Isak had a headed effort nestle on the roof of the net minutes later as Sweden suddenly found an urge to take some risks in the Slovakia half, before Robin Quaison, who had made a bright impact in the second half after coming on as a substitute, he won the penalty in the vital action of the game, drawing a foul from Dubravka as he went through on goal. Forsberg's success from the spot was the crucial moment in an otherwise forgettable 90 minutes.