There are many football watchers who see Sweden as nothing more than an irritant. They’re a nation who don’t win things, might never win things, and don’t do anything overly ostentatious at any point in a tournament which makes you at least believe they could go deep enough to ruffle some feathers.

Their commonly-accepted star player is a 39-year-old globe-trotter who is as known for his social media barbs, big transfers and ballsy agent as he is for his football these days. Oh, and he isn’t even at the tournament thanks to the latest in a run of injuries.

But Sweden have proved at Euro 2020 that they deserve more recognition. They are not just a middling nation worthy of little to no airtime. They are far more than Zlatan Ibrahimovic plus 10. This is a team that should get some damned credit for what they have been able to achieve with far lesser resources than many of those nations who pundits love to love.

Sure, this is not the generation of the early 90s, which saw the likes of Henrik Larsson, Martin Dahlin, Tomas Brolin and Kennet Andersson take them to the semi-finals of consecutive tournaments at Euro 92 and the 1994 World Cup. But their quarter-final finish in Russia three years ago and now their progress to the knockout stage of Euro 2020 as Group E winners should be enough to get people talking about Sweden once more.

Yes, they have opted for unapologetically obdurate football over attacking at will at this tournament, but their 3-2 win over Poland in St Petersburg on Wednesday showed that this is a team which knows how to get a job done. And there simply isn’t enough of that in some of the more star-studded outfits patrolling the international scene these days. 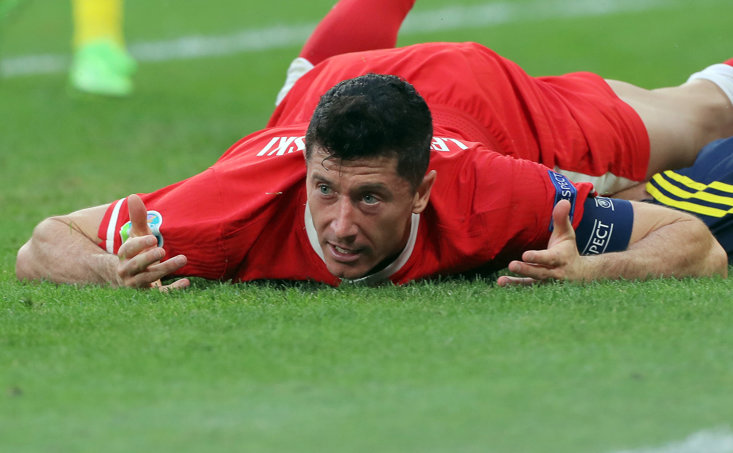 With Alexander Isak threatening to become a true icon of Swedish football for some years and Emil Forsberg providing a clinical edge from midfield, there is enough in this side to believe that they can do more than just exist in major tournaments. They have just finished top of a group involving Spain and a Poland outfit which includes Robert Lewandowski, but most onlookers will have their eyes immediately averted to the Spaniards’ potential path to the final or talk of Lewandowski’s chances of bouncing back with Bayern Munich.

How do we know this? Because we’ve seen it before. At the 2018 World Cup they topped Germany and Mexico’s group and barely got a mention beyond being identified as one of the teams which made theirs the ‘easy half of the draw’. Their no-show against England in the quarter-final was a low point, but they have really taken something from the experience of three years ago on current evidence.

On Wednesday it was Forsberg leading the way, firing home left-footed in only the second minute and doubling the lead when confidently smashing home from Dejan Kulusevski’s cut-back on the hour. Lewandowski finally received – and converted – the service he had craved in netting twice to seemingly steal a point, but Viktor Claesson’s late strike ensured that Sweden had the first position they thoroughly deserved.

There might be teams you are more drawn to wanting to watch in the Round of 16. There may be matches that whet the appetite far more than Sweden against either Ukraine or the Czech Republic. But keep your eye out for Janne Andersson’s side. They’re durable, they’re tough, and they have just proved that they can come out on top if a ding-dong battle is what the doctor orders.

They won’t win Euro 2020, hence the 50/1 odds with Betfred, but they might have something still to say. Just make sure you’re listening.