Football
News
Alexander-Arnold greeted the silver gong like he had been handed something brown and smelly on a ribbon
Andrew Dillon
12:25, 03 Jun 2022

There aren’t many similarities between Dorking and the Stade de France. Yet recent events at a boys’ football match and the Champions League final have brought two ends of the sporting compass together.

Having watched Liverpool’s admirable quest for the quadruple-turned-treble flounder in Paris with defeat against Real Madrid, it was impossible to miss the reaction of Reds defender Trent Alexander-Arnold when collecting his loser’s medal.

One of England’s brightest young players greeted the silver gong like he had been handed something brown and smelly on a ribbon - immediately whipping it off with a look of utter disdain on his youthful face.

To some it was hailed as the impulsive actions of a born winner; a sign that the Liverpool and England right-back simply will not accept second best. To me that’s a bad loser failing to grasp the fundamentals of sport that someone has to lose and showing disrespect to the values of competition to boot.

Sadly, Alexander-Arnold is not the first. Last year, England’s sporting summer was punctured by the Euro 2020 final defeat to Italy at Wembley when, after taking the lead, the team went down on penalties. No disgrace in that. But watch Luke Shaw, Mason Mount, Jack Grealish, Kalvin Phillips and others hastily throw off their losers’ medals as if the metal was giving them electric shocks.

Just a few weeks ago, my 14-year-old son’s football team reached their local league cup final. The match was played out in the grand setting of Dorking Wanderers FC of the National League South. For energetic teenage boys who won’t make it as professionals it is the equivalent of Wembley.

My lad’s team took the lead only to lose 2-1 to a team from a division below them. Embarrassing but still a terrific occasion with around 200 proud mums and dads enjoying the game and the day out.

A cheap, silver medal in a little plastic case was pressed into their hands in a mini ceremony after the final whistle blew. Several of my boy’s team-mates opted immediately to discard the souvenir of what could be the only big match they ever get to play in.

In a dispiriting example of learnt behaviour, some boys took what they saw the top players do on TV and were convinced that is how winners need to behave. Just as so many young kids now hit the deck in mock agony in park football at the merest touch from the opposition having watched their heroes do it at the top level, it is now considered weak to be proud of coming second. 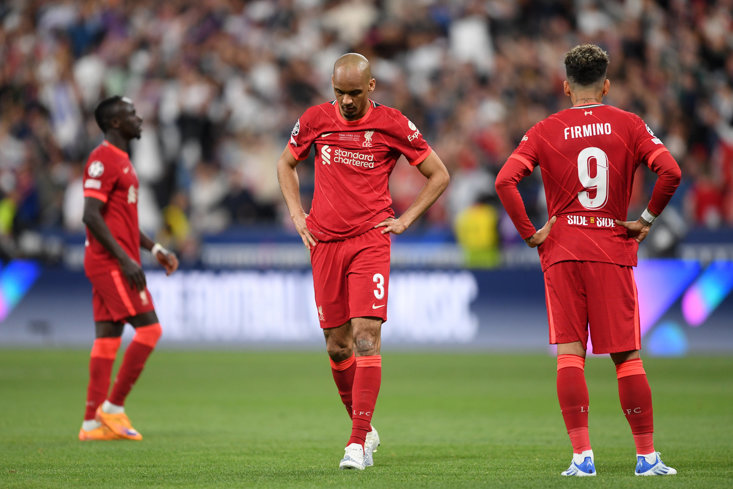 Alexander-Arnold doesn’t really have cause to complain. Sure, he can be heartbroken at missing out on the Champions League trophy, but he still has two cup triumphs this season alone to console him. He also has the knowledge of pushing Premier League champions Manchester City to the very limit in pursuit of the title and that he became a European champion only three years ago.

Alexander-Arnold is probably within the top half a percent of footballers judged on talent. He must work incredibly hard every day to maintain his place in the Liverpool team and to achieve his goals. But from the very top to the bottom of the sporting pyramid the desire to win on the day is equal regardless of ability. He did not want to win his cup final anymore than my son wanted to win his on the day.

Alan Pardew has lost four cup finals during his career as a player and manager. There’s a man with every right to hold a grudge. But the former Crystal Palace, West Ham United and CSKA Sofia manager cherishes his runners-up medals because he understands just what it takes to obtain even a modest return from life in sport.

Just as many teams have lost finals as won them, it’s simple maths. Therefore every big cup game is a knife edge.

Alexander-Arnold is nailed on to get the chance to win many, many more cups during a career already dripping in glory and he is still only 23. For my son and his mates that might be it. The highlight of their football accomplishment, a tiny coin placed on a shelf in the bedroom.

A winner is someone who accepts defeat with dignity then gives it another go. Not a bad sport who throws their toys out of the pram because they didn’t win.