Football
News
The pair helped Tottenham to their last piece of silverware in 2008
Elliott Bretland
11:00, 05 Jan 2020

They achieved what Harry Kane and Dele Alli have yet to and that is lift a trophy with Tottenham.

On Sunday, the retired duo meet Tottenham in the FA Cup hoping to extend their former side’s wait for silverware.

Woodgate, now manager of his hometown club Middlesbrough, and assistant Keane will be hoping to dump Jose Mourinho’s side out of the cup as they look to create more memories from the dugout.

The win over Chelsea in 2008, still remains Spurs’ only triumph this century.

Centre-back Woodgate climbed high to beat a clambering Petr Cech to thump the ball into the net in extra-time after Dimitar Berbatov had cancelled out Didier Drogba’s opener in normal time.

It seems the current crop who reached the Champions League final and finished second in the table are lauded far greater, rightly or wrongly, than the team who last lifted a trophy.

That success more than a decade ago was the first since 1999 and so Mourinho and his team are desperate to get a trophy under their belts to really kick on and move forward in their stadium.

Many felt they were capable under Mauricio Pochettino. Now, though, they have a true winner with ‘The Special One’ whose success at Chelsea was kicked off with triumph in the League Cup.

However, while he is an expert at coaching sides to Cup glory, Woodgate will be confident his charges can cause an upset.

Tottenham Hotspur
@SpursOfficial
On this day in 2008: Wembley. Spurs 2 Chelsea 1. What are your memories of our League Cup triumph? http://t.co/SAzDKEvm2a 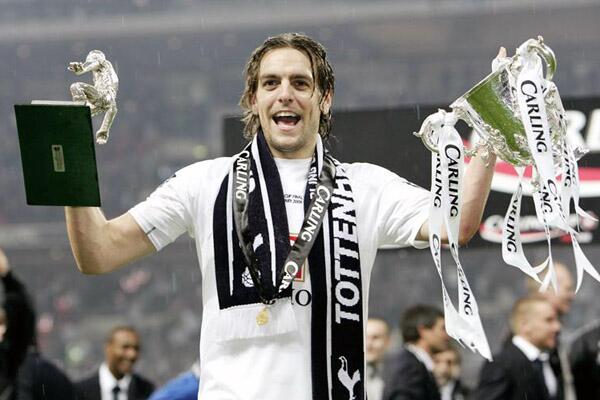 As a club, Boro are no strangers to Premier League opposition, having spent part of the nineties and noughties in the top-flight.

However, having been stuck in the Championship for two-and-a-half seasons, the north-east club had struggled having appointed former player Woodgate with Keane as his trusted lieutenant.

Now though, they have climbed up to 16th after four wins on the bounce and will take massive confidence from wins at high-flying West Brom and Preston.

“It's team spirit - that's what gets you through these tough times,” Woodgate said after winning at North End’s Deepdale which has been a fortress all season.

Having got through the tough times, it will be good times at the Riverside if the Boro boss can cause a shock and go from cup hero to cup villain against his former side.