Football
News
Success at the Olympic Games would be monumental, but only if the correct squad is selected
Simon Lillicrap
14:00, 09 Mar 2021

It was only meant to be a one-off for the London 2012 Games but this summer, Team GB will once again put together a women’s football team to try and win gold in Tokyo. Current England Interim manager Hege Riise will be the person in charge of the squad, after England (representing all four countries) secured qualification by finishing third at the World Cup in 2019.

But what does this mean for the home nations and which players are likely to take part?

Well, unlike World Cups and other major tournaments, only 18 players can be selected to travel to Tokyo which makes the squad much more difficult to get in. If we look back to the squad selected in 2012, after much concern and disagreement that playing for Team GB may jeopardise their own national team, just two non-English players were selected, both from Scotland.

If Team GB is to have any long-term success in terms of inspiring more young players, particularly girls, to get involved in the game, there must be more diversity when it comes to picking players, even if England do boast the strongest squad. At the very least, there must be representation of some sort from all four countries in the squad and in an ideal world, one from each nation would be on the pitch at all times.

If they fall into the same trap they did back in 2012, there will be no affinity or support for this squad from Scotland, Wales or Northern Ireland. This time around Risse isn’t short of talented candidates to fill those roles either. Welsh midfielders Jess Fishlock from Reading, Hayley Ladd of Manchester United and Sophie Ingle of Chelsea are all in contention having performed in the top-flight this season. Similarly, from Northern Ireland, Liverpool’s Rachel Furness must surely make the 18, with Everton striker Simone Magill also in with an outside chance. 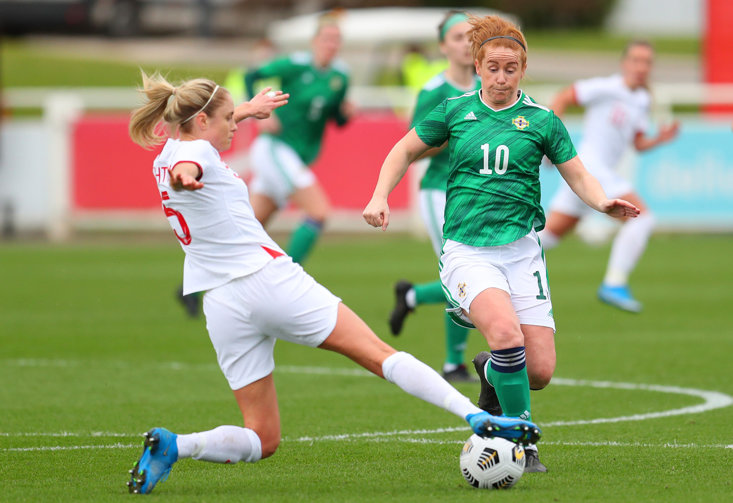 Scotland have a whole host of talent who could be included in the squad as they look to bump their numbers up from the two that were selected in 2012. Kim Little was one of those and is still performing for Arsenal alongside countrymen Lisa Evans and Jen Beattie. Chelsea’s Erin Cuthbert is in with a shout as her team target the WSL title along with Manchester City’s Caroline Weir, who has 68 Scotland caps to her name at the age of 25.

The England women seem to be keen to be included in this one too, with the likes of Ellen White “I think the Olympics is the biggest global event, it is an amazing thing to be involved in. I had the privilege of being involved in 2012 and to be involved in the Team GB squad would be a dream. It’s a very small squad. It is very challenging to get in but I’m doing everything I can.”

White, given her immense talent is likely to be included, along with the likes of Lucy Bronze, Steph Houghton, Millie Bright and Kiera Walsh but some talented individuals, including those who starred at the World Cup may have to miss out so that the whole of Great Britain and Northern Ireland is fairly represented.

Riise has a big job on her hands, but this is not simply an extension of her England team. Success at the Olympics would be monumental, but only if the correct squad is selected. It would prove that we can succeed as a union on a global stage. The most watched sporting event on the planet would inspire thousands of children in Scotland, Wales and Northern Ireland and could pave the way for future success for all of the home nations.