Football
News
From Baddiel and Skinner to Ant and Dec, we look back at ten of the best England tournament tunes from over the years
Conor Keane
12:58, 11 Jun 2021

There was a clear sky this morning, England flags are being hung up and Covid-19 is, for the time being, at the back of people’s minds. It can only mean one thing: Euro 2020 is finally here!

A much-needed event for the people across the country and throughout Europe after what has been a gruelling and strenuous 14 months. With a promising squad getting people hyped up for the Euros, reigniting those chants of “It’s coming home” all over again, there is also something else that always comes around when England are playing in a major tournament… tunes. It just wouldn't be an international tournament without them.

All forms of music, like football, have winners and losers. There are ones that have you up on your feet and there are others that make you want to get those few minutes of your life back. Listed below are ten England songs that The Sportsman have ranked from worst to best. Enjoy!

Where to begin? A song dedicated to former England boss Sven-Göran Eriksson, it is hard to understand what this song is hoping to achieve. It is not much of a bop and not something that gets you in the mood for a tournament. There’s no denying it’s catchy, though!

The Sportsman teamed up with Bell and Spurling in 2018 to produce another song ahead of the World Cup. Can you guess what that one was called? ‘Gareth Gareth Gareth’ was our nod to Mr Southgate ahead of the 2018 World Cup in Russia. You can check the song out here. 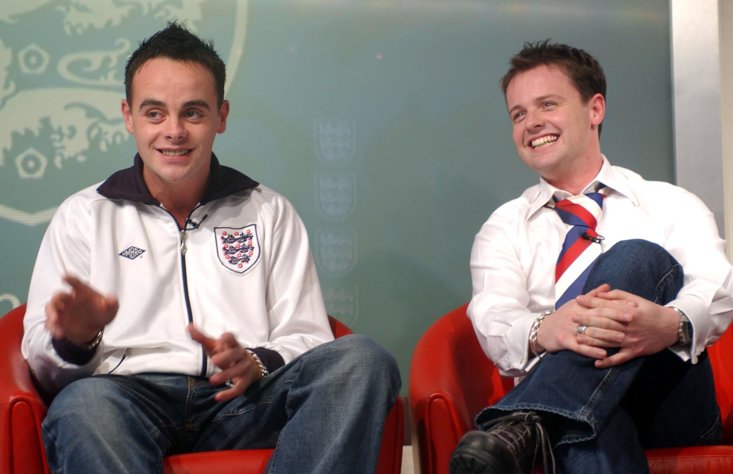 England’s World Cup song for 2002 was made by the famous Geordie duo, but unlike their banter and presenting chemistry, the song was dull. It tries to be catchy but it is hard to take the famous pair seriously. They’ll always have Let’s Get Ready To Rhumble at least - a certified banger.

Yes, the blundering Sky Sports pundit was England’s artist for their official Euro 2012. The song is nothing special, though it is catchy in parts, but it is not the sort of anthem that you remember the lyrics to. Sorry Kammy, at least your Christmas album was more successful.

England’s song for the 2010 World Cup was an odd one considering the direction it was trying to go in. Rascal was clearly brought in to be the legacy for a certain rap in an England song (more on that later), it just did not reach the heights of its predecessor and for the life of us, we do not understand the pairing of Dizzee Rascal and James Corden.

Considering the competition was accompanied by Wavin’ Flag by K’naan and Waka Waka (This Time For Africa) by Shakira, Dizzee and Corden never really stood a chance of being a hit with fans over those two anthems.

Not much of a fast tune but the fact that it is the actual England team singing it, it hits harder than some of the previous songs mentioned. After all, it highlights the urge of the players and the nation to bring success back to the home of football. It's good but not great.

A tribute to Dexys Midnight Runners’ Come On Eileen, this song is contagious because of the original and it is one of the country’s biggest sing-along hits. It is a laugh, catchy and it gets you in the mood for the England game, but it falls short of the top criteria.

A classic in its own right, everyone will know this song and will agree that the rapping is much better than Dizzee Rascal’s offering. It is one of the best of music’s offerings to football and it is hard not to move or sing-along when this song comes on.

A classic. The song provides a good beat and you want to join in and it gets you in the mood for a tournament, and not to mention John Barnes’ infamous rap – the lyrics of the song that everyone will know. A must-listen ahead of Euro 2020.

The music video that mimics the Verve’s Bittersweet Symphony (another England related song thanks to ITV). The lyrics were written by actor Keith Allen and it is fair to say he did a good job. One of the more popular and catchy England songs, you cannot ignore this one. With a nod to football chants, it is another contagious song to join in with when it comes on.

England’s song for Euro 1996 and as you would probably expect, it remains the pinnacle of all England songs. It captures everything, the passion, the heartbreak and there is no song that gets the nation in the mood for a tournament than this.

The lyrics have been etched into the very fabric of the country. It’s catchy, gets people up off their seats and is probably one of the most infectious songs of all time - it gets everyone involved. Three Lions '98 would also have been an acceptable number one.