Football. As entertaining as it is irritating. The modern game, with the influx of television money, has lead to players being treated like royalty on and off the pitch, but there are some minute details of the game that rile us up every time, without fail. Below we have listed the ten things that irritate us, not hugely, but just enough for us to have a good old moan about.

This is a relatively new one. You see you see often, children with homemade cardboard signs asking for their favourite player to give them their shirt after the game. Started out as kind of cute and quirky thing, now it is everywhere. A plague of cardboard signs at every Premier League game - and if the players don’t meet their requests they are then slated on social media.

An announcement comes over the tannoy around the 70th minute: “The official attendance is 28,785”. Cue applause from the home crowd. What are you clapping? Finding the ground you have to go to once every two weeks? Who exactly are you clapping? Yourself or the other supporters for going to the game? Stop it.

Same theory as above really. You clap someone at the football to show positivity and support or as a reward when they do something well. If one of your players have been sent off, thus detriment your sides chances of winning, why should they be applauded off the field? Answer: they shouldn’t. Stop being so sympathetic.

Bit general this one but just a few that should be banished into the history books. ‘Your support is f*cking sh*t’, ‘Is this a library’ and ‘oooo you’re sh*t ahhhhh’ every time the goalkeeper takes his goal kick all would be banned in the perfect world.

The clock stopping at 90 minutes

Why? Why can’t the fans in the stadium know exactly how much stoppage time has been played? Fans are having to time the added on time on their phone like it's some sort of surprise whilst people watching on television know how long has been played. Also while we are on this topic, if three minutes MINIMUM are added on, the referee does not have to blow exactly on 93:00.

Players pretending to run off when subbed

If your team is winning this is brilliant. If they are chasing the game it is the most infuriating things that could happen. A player’s number goes up to indicate he is being taken off. After a few seconds of doing anything but looking at the board, he will finally notice, go round high fiving his teammates and the referee, before trudging off the field. The pretend run is a skill in itself. To look like you are running but actually be moving slower than if you walked is excellent.

This one annoys us more than any other. Oh, I see Everton are playing Man Utd this weekend. That’ll be blue v red then. Nope. United trot out wearing a pink shirt for no reason. Sponsors and clubs want the different shirts worn multiple times during the season but kits should not be changed unless they have to be. Maybe that's why they lost 4-0. 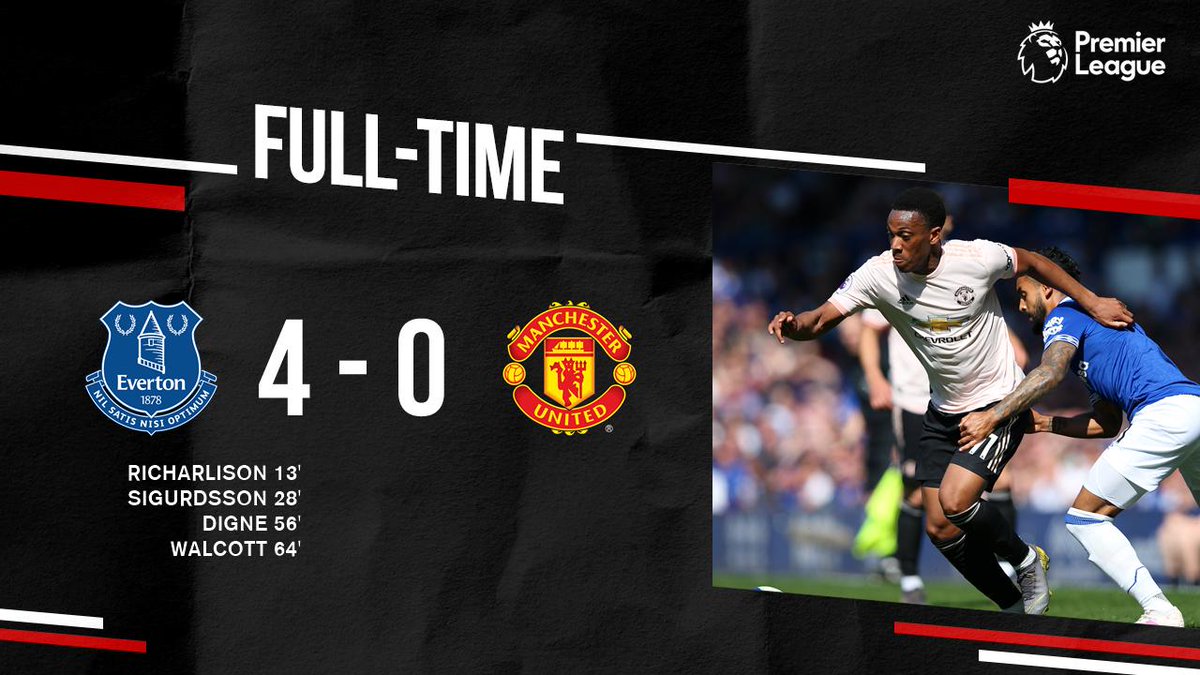 Another kit one. Another one to do with money. Kits launches should be launched in the summer along with the fixture list to give fans something to tide them over during the summer break. Now, teams are wearing their kits for the following season on the last day or even worse, releasing it in March! Stop this now.

Awards decided midway through a season

The Premier League players had to vote for their PFA player of the season after 28 games. 28! That’s missing out a whole ten games of the season and as we have seen this season, you do always know which team has won the title before voting for these awards. The Premier League title could have been the difference between Virgil Van Dijk or Raheem Sterling picking up the award this year but we will never know. Players under 24 being eligible for the ‘Young player of the year award’ is also a joke.

Not celebrating against former clubs

You are a footballer. You get stick from fans a lot. You play for loads of clubs. Your job is to score goals. So when you do bag one against your former club, whose fans abused you for leaving - why should you be respectful? Cristiano Ronaldo held his hands up several times after scoring against Manchester United but then scored for Juventus against them and binned the whole thing off, sprinting to the corner flag and showing off his abs.

Emmanuel Adebayor did the greatest Premier League celebration of all time when he sprinted the length of the pitch and did a knee slide in front of the raging Arsenal fans. We want more of that.