Thirteen years ago this weekend, Usain Bolt set a new 100m world record in New York with a time of 9.72 seconds. Just 11 weeks later, he would beat his own record at the Beijing Olympics, clocking a time of 9.69, before obliterating that exactly one year later with a staggering 9.58 run at the World Championships in Berlin.

Not bad for a mischievous kid who was being primed for a career as a 400m runner just a year or two before setting that initial world record. Even more incredibly, that 9.72 he ran at the Reebok Grand Prix back in 2008 was only his fifth professional race over the distance.

Let us not forget that he also holds the world record for the 200m, beating his own record of 19.30 set at the Beijing Olympics with a time of 19.19 in Berlin, once again exactly one year later.

In the 100m alone, Bolt is a three-time Olympic champion and a three-time World champion. He is without doubt the greatest sprinter of all time, and we are lucky to have witnessed his greatness.

It doesn’t take a mathematician to figure out where all this was leading to, with that 2019 effort just 0.04 short of Bolt’s original world record set in 2008. However, Coleman will not be competing in Tokyo this summer as he is currently serving a two-year doping ban.

So, with the current fastest man on the planet out of the reckoning, who are the main men at 100m to look out for? 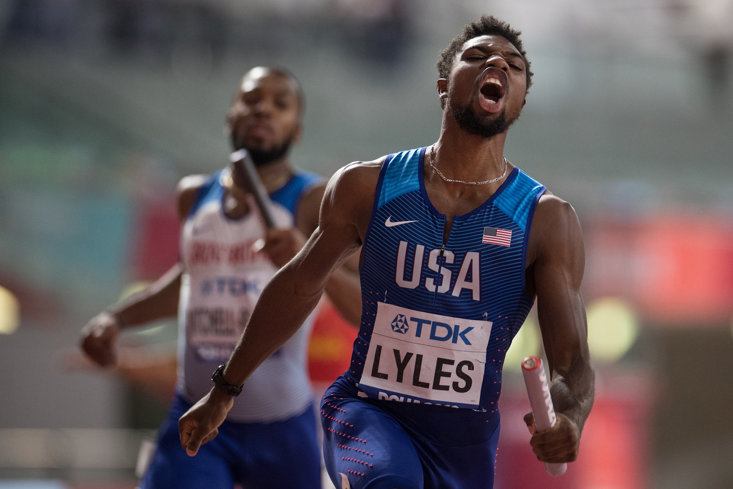 NOAH LYLES IS THE MAN TO BEAT RIGHT NOW

The reigning 200m world champion has already set a personal best of 9.86 over 100m, ranking him joint-second behind Coleman on times recorded in the last four years.

That time was set during last year’s Diamond League, and the Olympics have a funny way of bringing out the very best in athletes as Lyles chases the double.

One stumbling block may be the array of talented 100m runners that Team USA have at their disposal. However, should he make it there, Lyles is a serious contender.

If you thought sprinting was a young man’s game, you were absolutely right! However, at 39, Justin Gatlin continues to defy the odds and cannot be ruled out when it comes to the medal reckoning.

After making his comeback in 2016 following a second drugs ban, the American’s silver medal behind Bolt in Rio made him the oldest Olympic medallist over the distance at the age of 34.

A year down the line, Gatlin rained on Bolt’s farewell parade when he beat the Jamaican to a gold medal at the London World Championships. He may be approaching his 40th birthday, recent history suggests Gatlin has still got it, having run four of the 13 fastest times in the world back in the pre-Covid conditions of 2019.

A man for the big occasion, don’t rule him out.

Could a Canadian win Olympic 100m gold for the first time since Donovan Bailey in 1996? Andre De Grasse, a bronze medallist in Rio five years ago, has the best chance of any compatriot since that triumph 25 years ago.

Travel restrictions have wreaked havoc on the sport of athletics over the last 12 months, and we have to go back to the World Championships two years ago for the last time the best of the best faced each other.

Coleman won, with De Grasse an excruciating 0.01s behind Gatlin in the race for second. He will be carrying the hopes of a nation on his shoulders and may well have the class to get the job done. 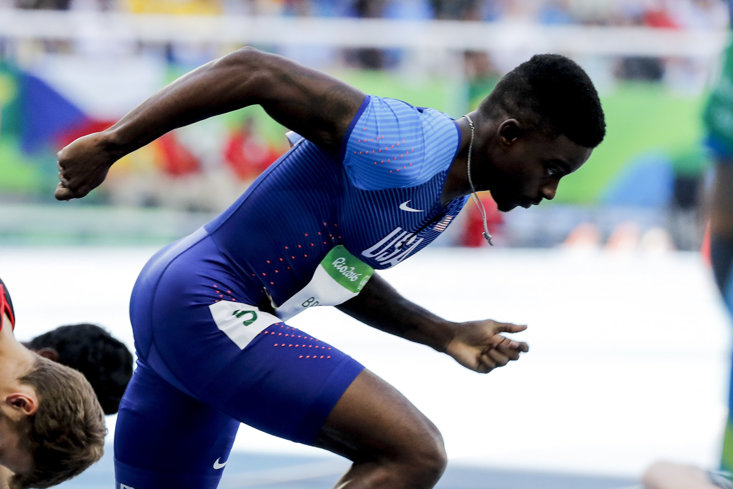 TRAYVON BROMELL HAS RUN 9.84 IN THE PAST

Another American who cannot be discounted is Trayvon Bromell. Sure, he has had his injury problems, but he returned last summer to clock a time of 9.90, his fastest in four years. Bromell’s personal best is an impressive 9.84 set in 2015, and if he can rediscover that kind of form, he may well surprise a few people in Tokyo.

We couldn’t compile our list without including a Brit, and in Zharnel Hughes we have genuine hope. His personal best of 9.91 puts him second on the UK all-time list, and the 25-year-old has been quoted as saying he could “possibly run a 9.7”.

If he manages that, we may have a 100m Olympic gold medallist from the UK for the first time since Linford Christie in 1992.

It is set to be one of the tightest 100m finals in recent years, but can anyone threaten Bolt’s record?

The great man doesn’t think so. Speaking in November last year, he said: "I don't think anyone is near my records.

"The level that took me to my records was a long way and took a lot of effort. My physical attributes, the fact that I'm tall, really helped. I think it's going to take a while until someone gets there."

He’s probably right, but it’s going to be fascinating watching this year’s crop attempt the impossible.