In the same week the Women’s World Cup kicks off in France, a lasting tribute to one of the sport’s pioneers has been unveiled at the National Football Museum in Manchester.

Lily Parr’s goal-scoring record on its own would be cause for celebration but her contribution to the sport and LGBT rights is of even greater significance.

Her statue is the first dedicated to female player though she has been a member of the Football Hall of Fame since 2002. Lily's story - and that of the team she played for - resonates more than ever given the growing popularity of women’s football in Britain.

A huge star of the game in the 1920s, Lily was the stand-out player for the Preston-based Dick, Kerr Ladies FC which was the factory team of a company which manufactured locomotives. Originally a defender, making use if her 6ft tall frame, she became a feared attacking winger - eventually scoring 986 goals during a 32-year career.

Born in rugby league town St Helens, Parr actually played the game with her brothers showing a fierce competitive streak unusual for a girl so young. Her father - like so many others at that time in St Helens - worked in the glass industry and he encouraged his daughter’s interest in both rugby league and football.

After being spotted playing for St Helens, she became a member of the Dick, Kerr’s Ladies team from the age of 14, regularly playing in front of huge crowds during the First World War when live football was something of a novelty.

With a famously powerful kick, the quality of Lily's crosses and shots were legendary. Once challenged by a man to score past him, she fired in a powerful shot which was saved but was hit with such force broke the chap’s arm. Scotland international of that time Bobby Walker is quoted as saying that Parr “was the best natural timer of a football I have ever seen.”

She even found the time to be a member of the Olympic team which beat America in a relay race in 1922. 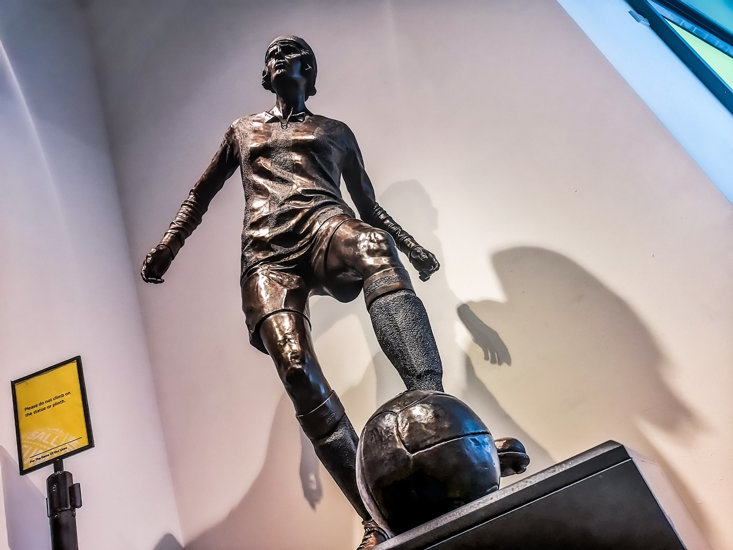 Legend has it that Lily's wages were sometimes part paid in Woodbine cigarettes to feed her chain-smoking habit.

Support for the women’s game declined when the Football Association banned women from playing on their member grounds but Lily's story endured.

Away from football, she trained as a nurse working at Whittingham psychiatric hospital in Preston. She died aged 73 in 1978 but her legend has grown in recent years with the growth in the women’s game.

A celebrated figure in the LGBT movement, in 2008 the Lily Parr Exhibition Trophy was contested in London’s Regents Park in her honour. Lily was openly gay in a time when LGBT rights were challenged and lived with her partner Mary.

The unveiling of a statue in her honour at the National Football Museum is a testament to that but maybe Lily would be happier seeing thousands of fans cheering on the Lionesses at the World Cup.

Former England captain Faye White was at the unveiling in Manchester this week. She said: “I think it's a huge moment because it shows the focus on us and the credibility of the women's game.

"I think it's great we're looking at the history and appreciating the history to show where the game has come from and where it is getting to because in the last five years or so there has been so much more interest in the game."

Lily's cousin June Patten, unveiled the statue. She said: "Lily would have been taken aback by the interest if she were still alive to see it. I am very proud and pleased that's she's receiving this recognition. Knowing our Lil, her language would be choice and she would think, ‘What the hell's this fuss about?’ if she saw it.

“She was very modest about her achievements. We as a family didn't think about her as a footballer, she was just our Lil." 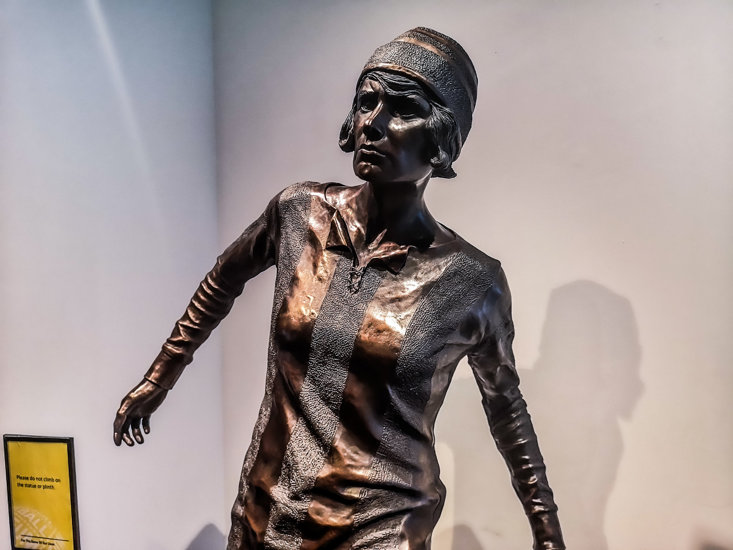