Football
News
Whatever the result, England’s backroom staff have all played their part in taking the country this far
Simon Lillicrap
08:58, 11 Jul 2021

Gareth Southgate begins every international match the same way. Arm in arm with his fellow staff members they belt out the national anthem. After the semi-final win over Denmark, they were all arm in arm once again, this time singing along to Sweet Caroline rather than God Save The Queen.

The one thing this entire set-up has is unity. Every single member of the team has played a vital role in getting England to their first major final in 55 years, but it is naturally the players and the manager who steal the spotlight. We know all about Harry Kane, but what about the staff who have guided him to this stage? Here are England’s backroom heroes.

Steve Holland is the most recognisable of the bunch. Southgate has relied on Holland’s support since working together with the under 21s and as the manager was given the full-time post, his right hand man stepped up with him. Best known for his work at Chelsea he is one of the highest rated coaches in the country, and we loved his “get the yellows off” chat with the boss after England’s third goal vs Ukraine. 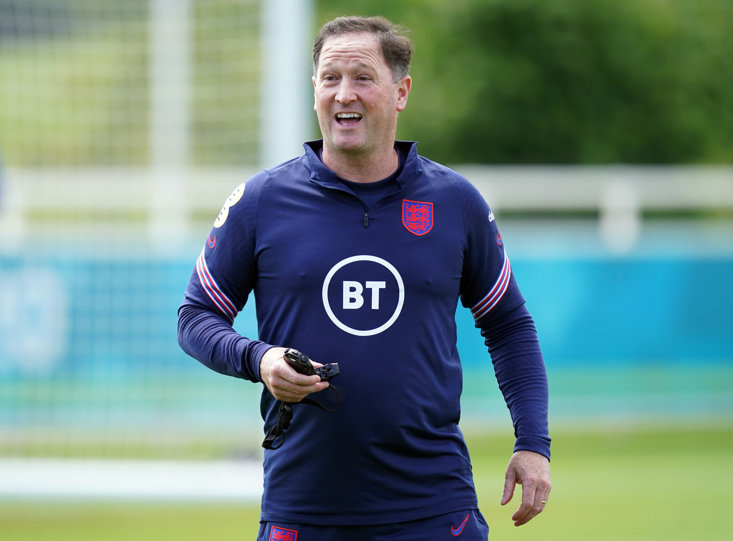 The most recent addition to Southgate’s staff is Graeme Jones, who joined up with the team one month before the tournament kicked off and is also incredibly highly rated. He worked with Roberto Martinez at several top clubs and Belgium, managed Luton Town and was credited with leading Newcastle away from relegation. Alongside him as an assistant coach is another former manager, Chris Powell. The former Charlton Athletic gaffer was most recently assistant to Ryan Mason at Tottenham Hotspur and has impressed with his knowledge of the game.

With this duo supporting Holland and Southgate, no wonder England have had so much success on the pitch.

Next up is a Sam Allardyce appointment, believe it or not. The short-lived England boss brought in Martyn Margetson, who was Wales’ goalkeeping coach in Euro 2016, into the set-up and he has remained there ever since. Having spent some time at Everton, he has developed a brilliant relationship with Jordan Pickford and the England keeper has praised his coach in the past for improving him at international level.

Now in 2021, analysts pay a huge part. Leader of the analytical team is Steve O’Brien who has been with the FA since 2003 and provides, with his four man team, detailed video analysis of not only opponents, but the individual England players. Along with Mike Baker, Daniel Parker and Peter Clark, these four will be tasked with finding a weakness, if there is one, in the Italy side that stands in the way between this England side and immortality. 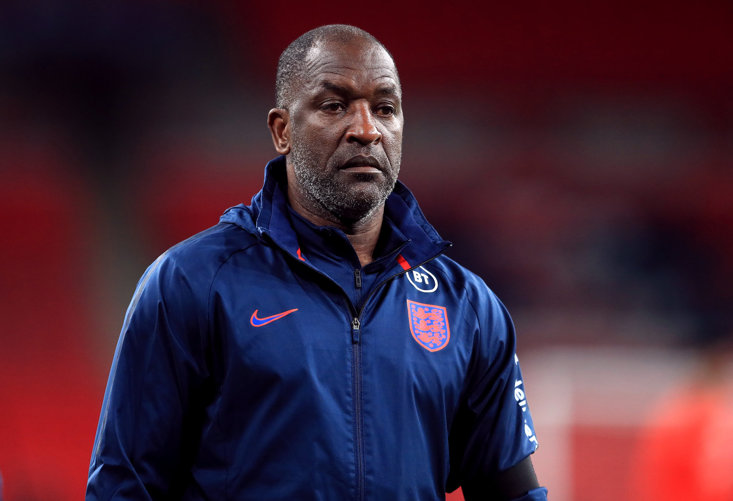 Australian born Bryce Cavanagh is the head of physical performance and nutrition and monitors what food the players take in and how they recover. He had worked with the West Indies cricket team and Munster and the best thing about Bryce - the famous unicorns in the pool were his idea. Love that.

Lead performance coach Dr Benjamin Rosenblatt worked with Team GB at the summer Olympics, before joining England before the World Cup and works on the team’s fitness while Steve Kemp is the lead physio, joining from Wolves in 2016. He works closely with team doctor Mark Williams.

Dr Ian Mitchell also made the move from Wales after Euro 2016 as head of performance psychology and seems to have certainly improved the mental resistance of the squad, who won their semi-final this week having lost at the same stage in 2018.

And then we come to the main man - Pat Frost. He is England’s heartbeat, the kit man, but also the man to keep spirits high in the dressing room. His celebrations have been exceptional this summer, and the players have enjoyed the banter - with Jack Grealish constantly singing Aston Villa songs at the West Brom supporting Frost. Kit men are so often overlooked, but the happiness of an entire changing room can rest on their shoulders. He’s done a cracking job keeping the boys in form so far.

So these are some faces you may see on the touchline tomorrow. We can dream, but they might even get their hands on the trophy. Whatever the result, England’s backroom staff have all played their part in taking the country this far.