Football
News
The Croatian has been seen as the embodiment of regression for many fans
Graham Ruthven
11:13, 18 Dec 2019

Standing on the touchline about to come on for a rare cameo late on in a 4-0 win for Barcelona, Ivan Rakitic must have wondered about the sort of reception he’d receive. The Croatian midfielder has become a target for fans of the Catalan club, particularly those online, and yet those inside the Camp Nou stood to applaud him on to the pitch against his former side, Sevilla.

Rakitic is one of the most decorated players in Barcelona’s recent history. In five years at the Camp Nou, he is a four-time La Liga and Champions League winner who has played his part in countless triumphs for the Catalan club. For many, though, the 31-year-old is now a symbol of everything wrong at Barca.

It’s certainly true that their identity as the most progressive, modern football team in Europe has been somewhat diluted under Ernesto Valverde. ‘Tiki-Taka’ evolved under Tito Villanova, Tata Martino and Luis Enrique, but the trademark philosophy has been dropped almost entirely by the current manager. Rakitic is seen as the embodiment of this progression, or regression as many Barca fans view it. 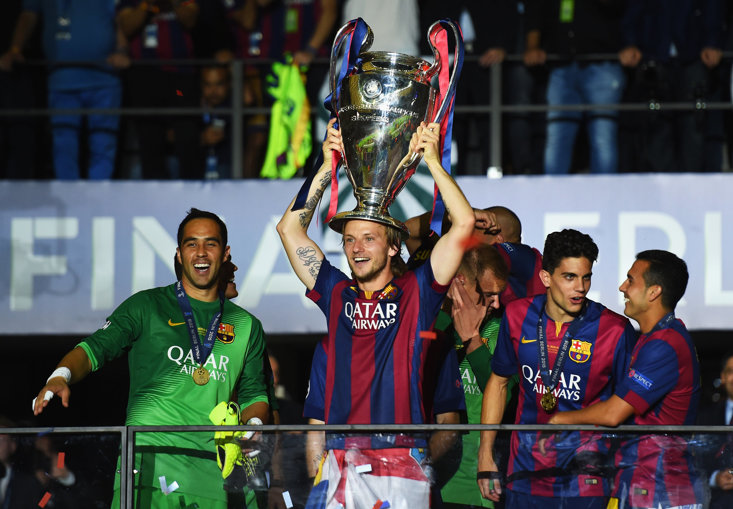 Rakitic Has won 13 trophies during his spell in Catalan

This ignores the true brilliance of the Croatian, though. Rakitic is a facilitator. He makes Sergio Busquets better, he makes Sergi Roberto better, he makes Lionel Messi better, he is a supply line for those in attack and is a supplementary defender when the two centre backs find themselves pushed out wide with the wing-backs up the field as auxiliary wingers.

He might not have the energy that he possessed a few years ago, he might be entering the twilight of his career, particularly as a midfielder who has always based his game on being all things to all people, but Rakitic is still an important part of Valverde’s team, a team that for all it has faced criticism of late is still top of La Liga having won two titles in succession.

Rakitic’s biggest problem now is perception rather than reality. Gareth Bale has a similar problem at Real Madrid, where the Welshman has become a figure of hate for a large section of the club’s support for reasons that have very little to do with the performances he is producing on the pitch. In fact, Bale has been one of Real Madrid’s most consistent players this season.

If in a wider sense public discourse is currently in the throws of identity politics, then Bale and Rakitic are cases of identity football. It’s not so much what they do, but what they symbolise. A Barcelona fan’s opinion on Rakitic isn’t just an opinion on the Croatian’s ability, but on what he stands for.