Football
News
There are a number of names in the frame to takeover at Camp Nou
Simon Lillicrap
12:00, 13 Jan 2020

Barcelona are top of La Liga, into the last 16 of the Champions League and still in with a chance of completing the treble, yet all is not well at the Nou Camp. There have been murmurings of discontent behind the scenes despite the good results on the field which has meant that Ernesto Valverde may find his position untenable over the coming weeks.

Spanish journalist Guillem Balague has reported that both former player Xavi and Netherlands manager Ronald Koeman have turned down the job for now, but the fact that the Barcelona board are even looking for a replacement will surely unsettle the current incumbent.

Despite the discontent, Valverde still retains the support of the players, as shown after the Super Cup semi-final defeat to Atletico Madrid. Lionel Messi, the most influential voice in the Blaugrana dressing room told ESPN FC:

“Yes, there's complete confidence in the coach. It's normal that a lot gets said when there's a loss, when you don't meet your objectives or you don't play like we like to play.”

The Spanish gaffer not only retains the support of the greatest player in the world, but also one of the finest managers of the 21st century. After seeing his Manchester City side score six against Aston Villa, Pep Guardiola took the time to support the man trying to replicate the success he had at the Nou Camp.

"I feel bad for Ernesto Valverde. He doesn't deserve this. I hope the situation can be resolved soon, I wish that as a club member. That's all," he told Marca.

Barcelona expect to win La Liga every season as a minimum, but the Champions League is the trophy they really want. This is where Valverde has struggled to establish himself as an elite manager in perhaps the most pressurised dugout in world football.

In his first season in charge, he watched as his side crumbled in the Italian capital, blowing a 4-1 first-leg lead to get knocked out by Roma at the quarter-final stage. The side vowed to put those wrongs right the following year but somehow, things got even worse. 3-0 up against Liverpool after another dominant performance at the Nou Camp, Valverde watched as his lions turned into tame pussycats at the hands of a much-changed Liverpool side, spearheaded by Divock Origi.

His side lost the semi-final 4-3 on aggregate and many Barca fans called for his resignation there and then, but the board stuck with him due to his league success. 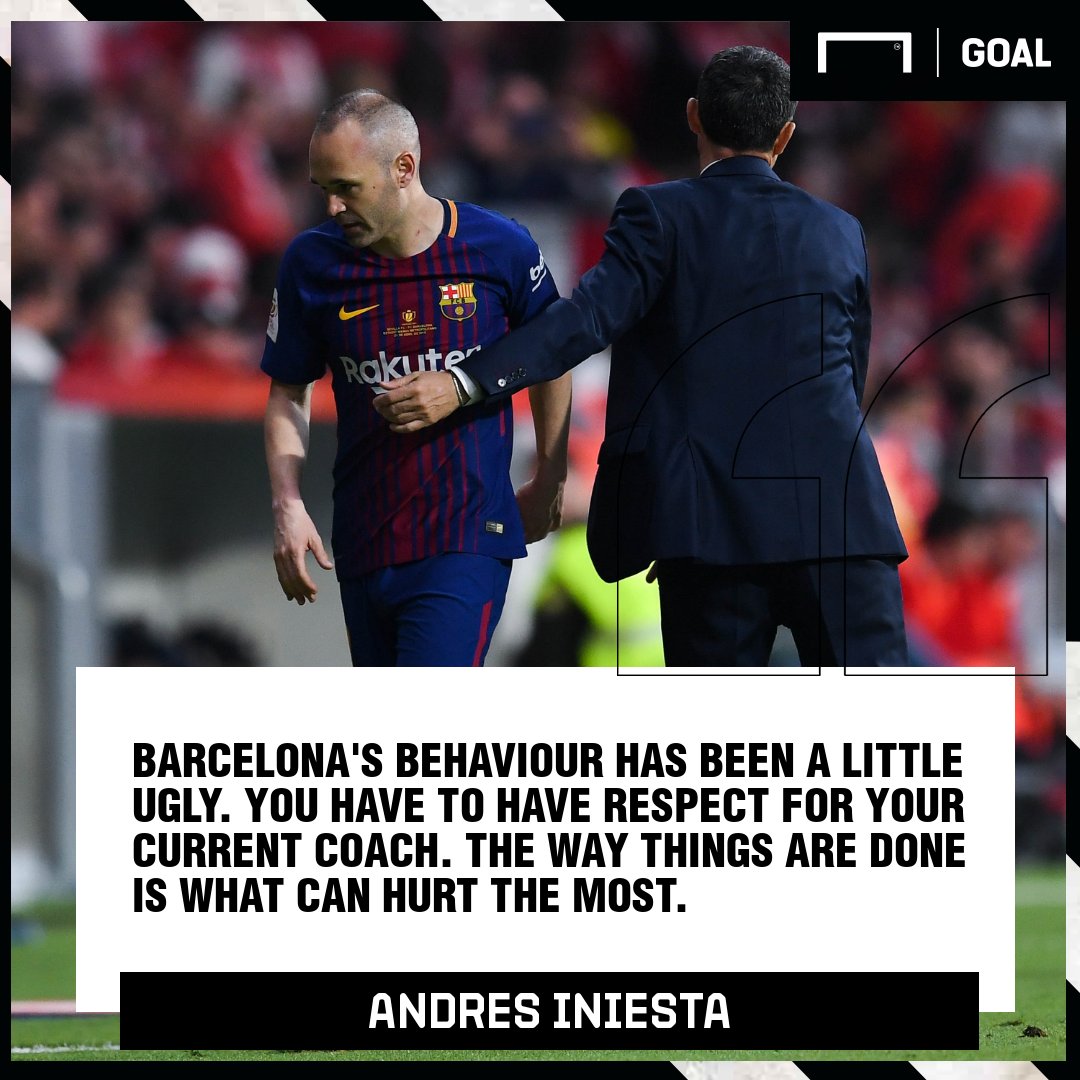 With Xavi having said no to the job for now, it does open up a whole realm of possibilities of who could replace Valverde, if he meets his seemingly inevitable end over the next few weeks. Mauricio Pochettino is arguably the highest-profile manager who is currently out of a job but he has said in the past he would never manage the Blaugrana due to his past loyalties with Barca’s city rivals. He told the Guardian:

Javier Garcia Pimienta is the current manager of Barcelona B if the club wants to go back to the values that saw them give Pep Guardiola the full-time job back in 2008. Quique Setien, the former Betis manager, was a name that Barcelona were interested at this time last year, but nothing came of the talks. Having left Betis in the summer, the club could potentially revisit man who has a whole heap of experience in Spain.

If the directors really want to make a statement Massimo Allegri is still out of work having left Juventus last year. A serial winner of league titles, the Italian is still desperate to taste Champions League success having lost two finals during his managerial career.

Eric ten Haag, the current Ajax manager, on paper seems like a great fit for Barca. His development of youth has been excellent, his side are dominant in the league and last season came within seconds of reaching the Champions League final. His win percentage at Ajax is currently a ridiculous 73% and Barcelona will surely be looking at him as Europe’s best manager who is not currently managing in one of the top five leagues.

Whatever the next steps for the club, a decision needs to be made on Valverde’s future. The constant rumours circling round are not good for the playing staff and the club must address them with a statement. They have a choice. Either back Valverde until the end of the season or sack him now. This purgatory is not doing helping anybody.