Sports
News
Eddie Hall's rivalry with Hafþór Björnsson can reel in a new era for the sport
Kieran Spratt
09:00, 07 May 2020

From lifting weights to catchweights, the contracts have been signed for Iceland’s Hafþór Júlíus Björnsson and Stoke-On-Trent’s Eddie Hall to meet in a boxing match next summer in Las Vegas, to be shown on PPV.

Animosity between the two former World’s Strongest Man champions reached breaking point this weekend when Björnsson, known to many worldwide as Game Of Thrones’ Mountain, broke Hall’s deadlift 500kg world record, set in 2016, by just one kilogram in his own garage.

“So Eddie, I just knocked out your record. And now I’m ready to knock you out in the ring,” wrote Björnsson on Instagram.

The new record has divided many strongman purists, with some believing Hall is right to be irked that a record he set four years ago has been broken by such a tiny increment, while others have acknowledged to lift over half a ton is a huge feat regardless, and expect that further down the road Björnsson could go as far as 520kg, cementing his dominance in the lift. 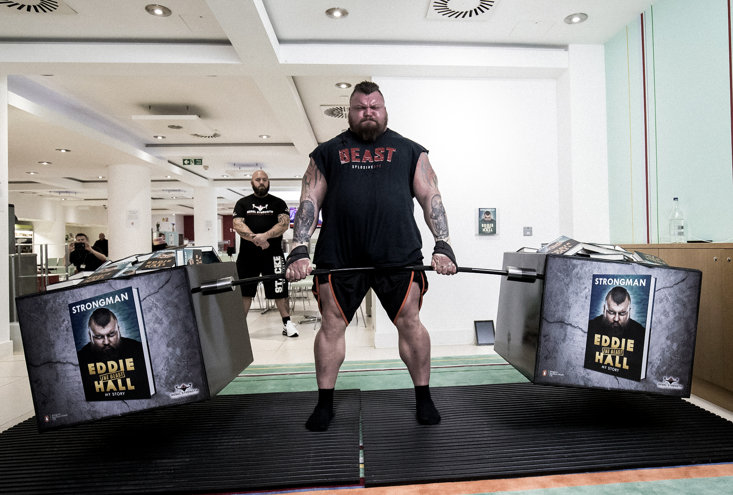 Strongman, while immensely popular among certain circles, is definitely something you’d describe as a niche sport. Strongman events throughout the calendar pull in brilliant crowds in the UK and the week leading up to the New Year is always a good one with Channel 5’s coverage (albeit months late) of the most recent World’s Strongest Man.

There’s no doubt the sport needs a shot of adrenaline in its gargantuan arms, however - how many among us can actually name the reigning World’s Strongest Man? (It’s America’s Martins Licis).

Step forward ‘Thor’ and ‘the Beast,’ their recent beef and scheduled punch-up in 2021 will certainly draw comparisons to some boxing’s recent so-called circus acts -  former England cricket captains, a cocky Irish UFC star and, worst of all, YouTubers, instantly spring to mind.

Boxing has proven time and time again it's bigger than these sideshow attractions. Everytime two YouTubers decide to make a quick buck by venturing into the world of prizefighting, the same old ‘boxing’s dead’ conversation creeps out of the woodwork and each time, once the dust settles, the sport is as healthy as ever.

And, if you’re not even slightly intrigued about the outcome of pitting two of the strongest men to ever walk the planet against each other inside a ring, with a combined weight of 786lbs, you’re lying - this is some Roman coliseum circa 180 A.D. level action.

As for the sport of strongman, this rivalry between two of its biggest names has brought the sport back into the mainstream - social media has been bombarded with everyone’s opinions on who’s better over the last couple of weeks.

Strongmen are probably the most undervalued set of athletes in the entire world of sport and it’s brilliant to see it’s finally getting the attention it so thoroughly deserves.