We're more than half way through the 2022 World Cup and it is time to reflect on what we have witnessed so far. You might already have an idea who could feature in a team of the tournament so far, but what about the players who have been the most underwhelming?

Well, you’re in luck. Thanks to WhoScored.com’s average match ratings, we can piece together the best and worst squads still playing in the World Cup (with a minimum 100 mins played).

The Swiss shot-stopper making this list is no surprise and he continues to show why he is probably the most underrated goalkeeper in the world. In the two appearances he has made so far he has kept one clean sheet.

La Roja’s veteran defender has looked largely dependable on the right side of defence and has proven he still offers something going forward with an assist to his name in their 2-1 defeat to Japan.

Say what you will about his performances at club level but when he is in an England shirt, Maguire is at his very best. He has been one of the Three Lions’ key performers in Qatar and he was their best player in the goalless draw against USA. 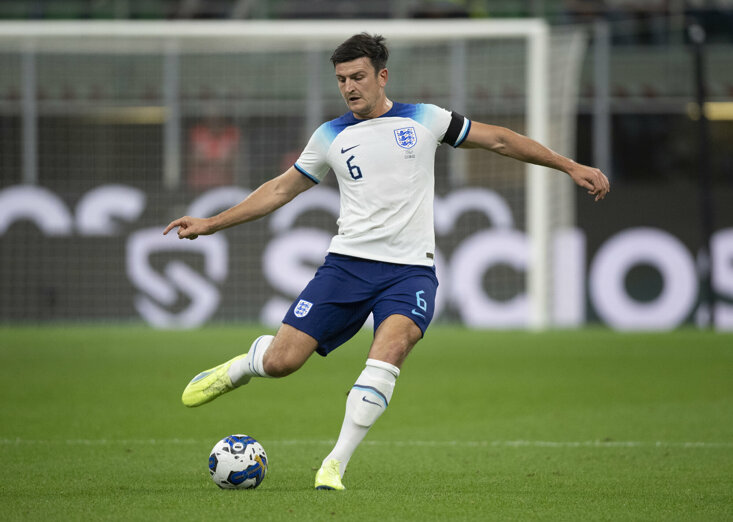 The former Wolverhampton Wanderers man has been monumental in the Atlas Lions’ impressive World Cup campaign so far. He has kept two clean sheets alongside the resilient Nayef Aguerd and he even scored in the 2-0 victory over Belgium where he also scooped up the Player of the Match award.

The Brazilian defender has been one of the strongest performers in Tite’s side at the World Cup as he is as effective bursting forward as he is defensively. He was awarded the Player of the Match award in Brazil’s hard-fought victory over Switzerland.

The 19-year-old superstar has arguably been the best midfielder at the World Cup so far and he has already contributed a goal and an assist for the Three Lions, as well as being resilient in his defensive work. He picked up the Player of the Match award in England’s round of 16 victory over Senegal.

The Manchester United star has been exceptional for A Selecao in his two World Cup appearances so far. He was the difference in their tough battle with Switzerland in matchday two as his late strike secured their qualification for the knockout stage. 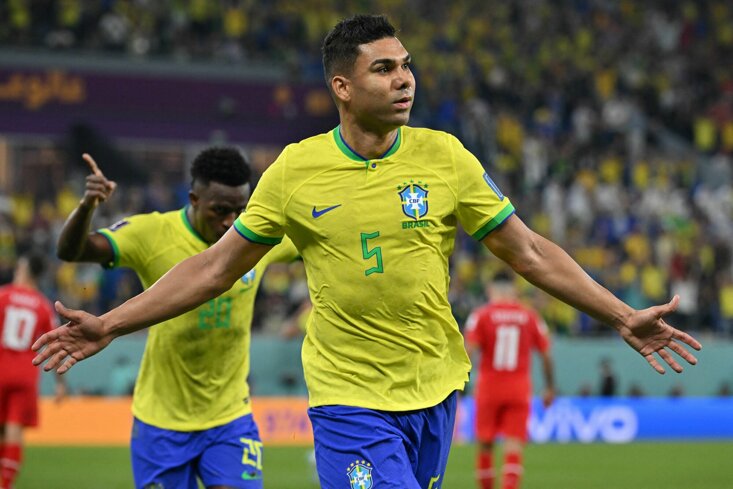 Fernandes has been the leading man for Portugal despite what Cristiano Ronaldo wants to believe. He has already been involved in four goals this tournament in just two appearances, winning the Player of the Match accolade in both.

Saka has been one of England’s brightest sparks in Qatar so far and he has scored three goals in three appearances for Gareth Southgate’s side. His impressive dribbling has proven to cause problems for any defender he faces, but his link-up play with his teammates has been a joy to watch at times.

Argentina’s leading man has once again been the reason that they have been able to reach the knockout stage. His three goals and one assist have been vital to his side and even at 35 he continues to prove he has what it takes to shine at this level and his World Cup dream continues.

Mbappe has been in lightning form for Les Bleus at this World Cup to show just how much of an outstanding player he is. He is the tournament top scorer with five goals and he has also provided two assists for his teammates. Mbappe is the key to France’s hopes of winning consecutive World Cups. 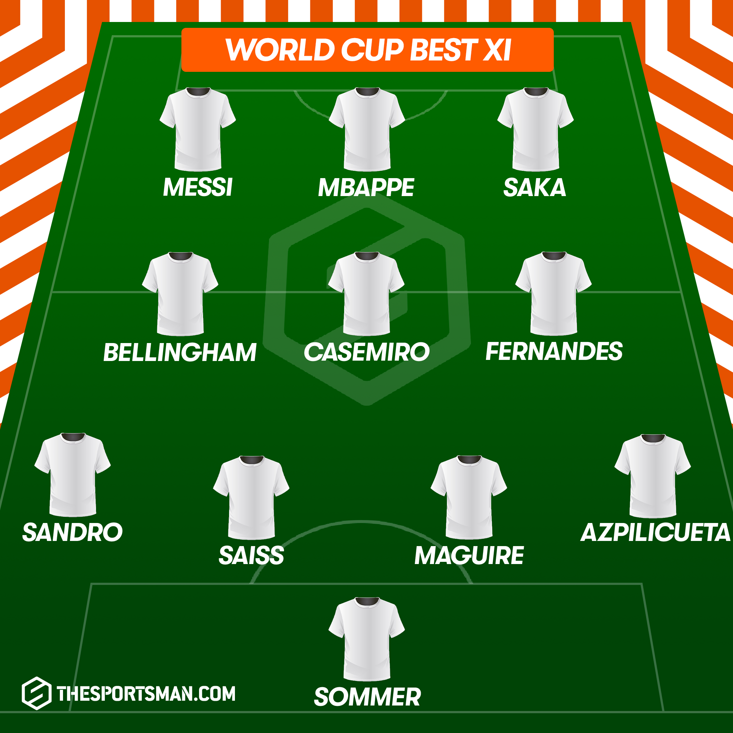 On the flip side, here are the biggest underperforming players who are still competing in Qatar.

Spain’s number one shot-stopper has kept one clean sheet in the tournament so far as La Roja cruised past Costa Rica 7-0 on matchday one. He went on to concede three goals in his other two appearances (one against Germany and two against Japan).

Carvajal played a full 90 minutes in Spain’s 1-1 draw with Germany and then replaced Cesar Azpilicueta at half-time in their 2-1 defeat to Japan. While he has boasted a strong 88% pass success rate, he has struggled to deal with the left-sided wingers he has faced.

The Brazilian defender has made two appearances for A Selecao this tournament. His rating has suffered for the 1-0 defeat to Cameroon where he also picked up a yellow card.

Like Argentina, there has been a lot of expectation surrounding Romero this tournament due to the qualities he has demonstrated on a regular basis with Tottenham Hotspur. However, he has been a shadow of himself in Qatar.

After a poor performance against Saudi Arabia, Tagliafico was dropped to the bench and he has been reduced to substitute appearances against Poland and Australia since.

The veteran Argentine has made two appearances so far in Qatar, starting in their defeat to Saudi Arabia and their recent last 16 victory over Argentina, but he failed to have the desired impact for his side. 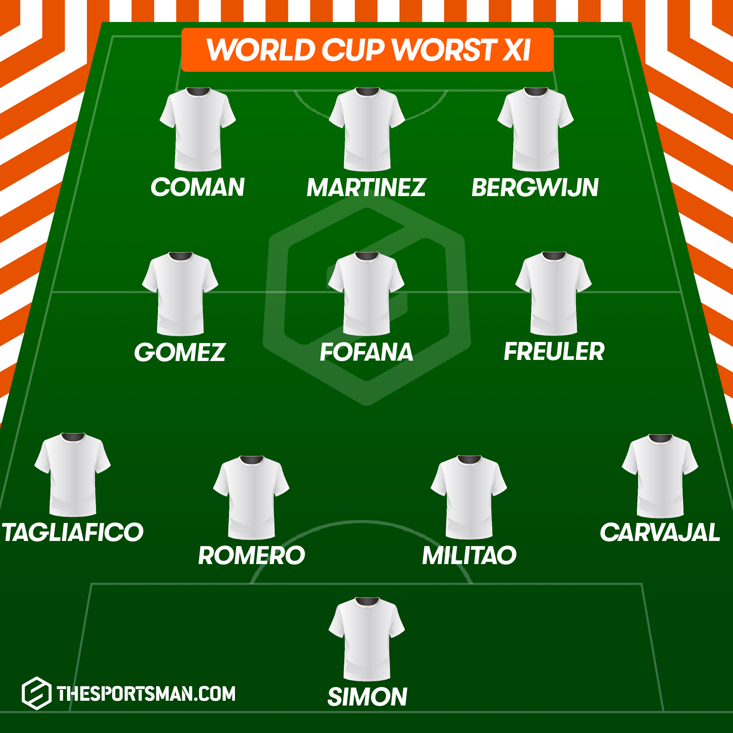 The French midfielder has been disappointing when he has been called upon by Didier Deschamps in Qatar. In his only start in the loss to Tunisia, Fofana struggled to help Les Bleus dictate the game as they were second best in that match.

It took Freuler a while to get going at the World Cup. He was rather a passenger in Switzerland’s opening two matches but he stepped up in their decisive win over Serbia as he scored the winner, finishing off an excellent move.

It is fair to say that the Dutch attacker has been extremely quiet in Qatar so far with Cody Gakpo taking all the plaudits - and rightly so. The Ajax star has struggled to make anything happen when he has been on the pitch.

France’s squad was lauded heading into the World Cup due to the squad depth they supposedly have, but many of the stars on the bench have failed to deliver when given the opportunity. Coman has been one of them and has looked a completely different player to the one who looks so lively at Bayern Munich.

The Inter Milan forward has found it difficult to get in on the Lionel Messi show in Qatar. It is clear that Argentina are devoid of ideas when their legendary figure is on the pitch and Martinez has not been able to get in on any of the action so far.