The Championship season begins tonight as Vincent Kompany’s Burnley travel to Huddersfield, and the dawn of a new season brings promise, hope and raised expectations. But it also brings a chance for punters to make some money with some long-term ante-post bets. These picks allow you to speculate what might happen over the course of the season and keep your interest high in the second tier.

Here’s our best picks for the ante-post markets, odds courtesy of Betfred.

Picking the winner of the Championship is always tricky, and as usual, the three relegated clubs from the Premier League dominate the top of the market. Second tier specialists Norwich City are 5/1 favourites, Watford are 7/1 second faves and Burnley are in contention at 9s.

But there is value elsewhere. Sheffield United lost on penalties in the play-off semi-final last term and are the same price as Burnley, but our pick to win the Championship comes in the form of Chris Wilder’s Middlesbrough. There’s no doubt he is one of the finest gaffers at this level and with a talented squad and the feel good factor around the club, Boro could be back in the Premier League as champions.

The Sportsman’s pick: Middlesbrough to win the Championship @ 9/1.

The promotion market offers more certainty than the outright winner, and the odds are reflected in that. Boro are 5/2 to win promotion, while Watford should challenge for automatic promotion and are 15/8. Burnley are 3/1 which might be worth looking at if you back the managerial talents of Kompany, but we are going to push the boat out and look for some more value.

There’s a whole host of clubs at 8/1 including Coventry, Sunderland and QPR, but the one that tickles our fancy is Luton Town. Nathan Jones has consistently improved the Hatters and they finished in the top six last term. With an incredibly strong squad retained plus the addition of Carlton Morris, it's hard to see them regressing from last term’s campaign. With some more play-off experience, they could get the job done. Autos aren’t out of the question either. 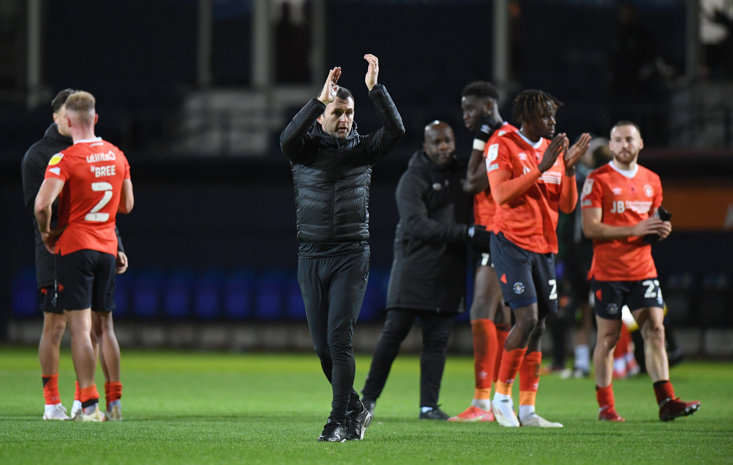 Teemu Pukki is currently 7/1 favourite given his goalscoring prowess at this level but I’m unconvinced Norwich will be quite as good this term. Given Marucs Forss has joined a strong Boro side he looks like a great pick at 12/1 while Joel Piroe is one of the finest forwards in the Championship at the same price.

Emmanuel Dennis, if he remains at Watford, proved his goalscoring ability in the Premier League, so for the Hornets to have him in the second tier could be a masterstroke. 14/1 seems generous if you want to gamble on his future.

Elijah Adebayo is a great Luton option at 25/1 but we’ve plucked a 33/1 shot out, which could pay off in style. Viktor Gyokeres bullied Championship defenders last term and got 17 goals in a Sky Blues side that finished 12th. He went on a major goal drought midway through the season and given they should be in the top half again and he could push into the 20s should he find that consistency.

The Sportsman’s pick: Viktor Gyokeres to win the Golden Boot @ 33/1

This season, there are no points deductions at the start of the campaign which actually adds value to the market. Rotherham are currently favourites for the drop at 6/4 and they have one of the smallest budgets in the division and a history of instant relegation, so that’s not a bad pick.

Reading have all sorts of off-the-field issues and are reasonably priced at 7/4, but our pick is Birmingham City. John Eustace might have a decent reputation as a manager but the club is a shambles from top to bottom. Their squad is weak and the vibes around a half-open St Andrew’s are bad. 13/8 for the Blues to finally go down.

The Sportsman’s pick: Birmingham City to be relegated @ 13/8