Jason Robinson may be 45 years old, but he still looks every bit the unstoppable machine who smashed his way down the wing, time and time again, during England’s successful 2003 World Cup campaign in Australia. Of course he will forever be remembered for his last try of the campaign, just before half time in the final; a pocket-rocket of a man flying down the wing, a dive into the corner and a bellowing “Come on!” that was heard right on the other side of the planet and sent the entire nation berserk.

“The explosion of emotion which came out when I scored was unbelievable. It’s probably the best high you could have legally because the pressure was that intense.”

The ex winger was talking to The Sportsman ahead of this weekend's huge quarter-final clash between England and Australia in Oita. One he believes Eddie Jones' men can win. “I would love this current side to experience what we did and become World Cup winners.

“I would be utterly selfish if I did not want that to happen because I know the experiences they would have made.

“It’s great for the players and the game at grassroots level - why wouldn’t I want that?

“Of course they can do it, but it’s not going to be easy given the teams in their way - Australia and potentially New Zealand and South Africa. But if you beat the best, you deserve to be world champions.”

As England coach Eddie Jones seeks to record a seventh straight win over the Wallabies, Robinson adds: “England versus Australia is always good, in any sport, and it’s just such a good talking point.

“England have the advantage of having been able to rest players after the France game got called off.

“I think they come into this weekend’s game fresh and Eddie will be saying ‘We get this right, and we’re in the semi-finals’.

“But this is where the pressure really kicks in because if we don’t perform then we’re out. It’s do or die now.” 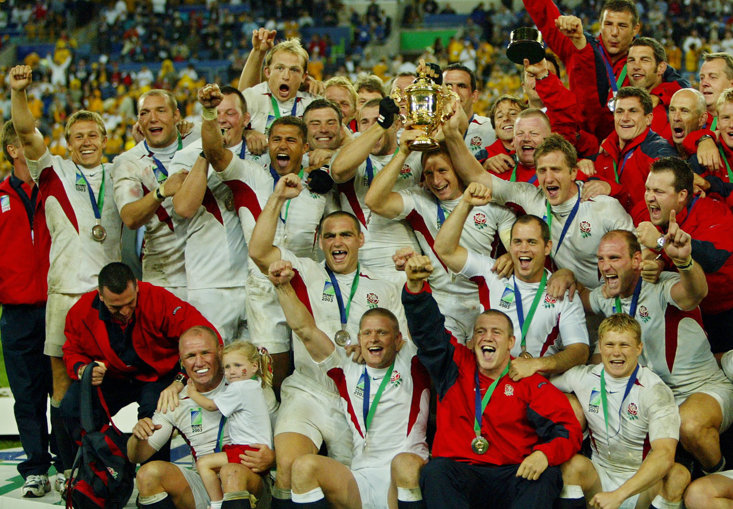 Robinson, who won 51 caps and scored 36 tries for the national team, revealed just how indestructible he felt as he stepped onto the pitch to face Australia in that 2003 final. The 20-17 victory in extra-time remains the only time the Red Rose have lifted the Webb Ellis Cup.

He famously got on the scoresheet, and Jonny Wilkinson's boot famously did the rest for Sir Clive Woodward's side.

Remembering that night he told The Sportsman: “It was almost as if somebody had pumped me full of concrete and I felt like I could have ran through a brick wall.

“I had played in the 1995 Rugby League World Cup final for England and lost to Australia at Wembley, so to then play again in another World Cup final, but in a different sport, was amazing.

“Ironically, it was against Wendell Sailor and Mat Rogers, who I used to play against in rugby league, with Lote Tuqiri on the other side.”

Assessing the three other semi-finals, Robinson is in no doubt who have been the story of the tournament so far - hosts Japan.

“When you look at Japan beating Scotland, they were the first tier-two nation to reach the quarter-finals and deservedly so.

“Their performance against Ireland, beating them, and then Scotland was just phenomenal.

“They’re the host nation and now come up against a South Africa side who they beat in the 2015 World Cup, which was the best game in the tournament. So far, they have played the best games in this World Cup.

“Wales are the Six Nations champions and Grand Slam winners but they need to go that one step further, so they will feel they no doubt have the ability to beat France.

“Ireland have had the best results against New Zealand in the past couple of years and, while they have not been playing at their best, they know they can beat the All Blacks, so that’s exciting too.

“New Zealand are a machine and certainly won’t make it easy for them, especially with phenomenal players like Beauden Barrett."