The first Saturday afternoon racing of the year and I think it's fair to say it’s a low key start to 2023 as is usually the case where the Grade 1 Tolworth Hurdle and the brilliant Veterans Final take centre stage.

Make no mistake though, the lull doesn’t last long as every weekend from now until March will give us plenty of Festival clues and even so, there are winners to be had.

CORRIGEEN ROCK makes the trek down from Lucinda Russell’s yard in Perthshire and he can cover the diesel costs and more by taking the £15k first prize back north.

He did that five weeks ago when winning at the track over this two mile trip in ready fashion despite taking a grip. His task is harder with the handicapper putting him up 9lb but he is the least exposed here by far and he did have quite a reputation when winning on his stable debut at the start of last season.

Connections didn’t hang around over hurdles for this point-to-point winner and he can make it three wins from three completed starts over fences.

Grey Diamond won over course and distance in March but that is his only chasing success in ten while Venetia Williams won this with Ibleo in 2021 and saddles another track and trip scorer in Frero Banbou.

The Last Day is lightly raced for an 11yo and did us a good turn at the Grand National meeting in April. But he isn’t getting any younger and is just 1lb below his career highest mark. 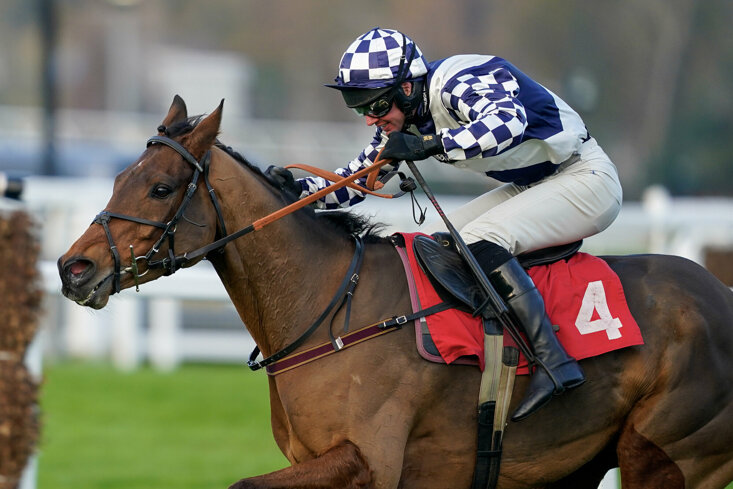 The bet of the day comes at Wincanton in the form of Jane Williams’ INTERNE DE SIVOLA.

The 5yo is a free going sort who burst onto the scene with a victory at Cheltenham as a then 3yo last season but bombed in the Triumph Hurdle trial on Trials’ Day when far too keen. He signed off the campaign with a win at Stratford from the useful Silver Shade, who he also would have beaten the time before at Fontwell but for a shocking blunder.

His two chase starts to date have seen him heavily beat behind Stage Star and West Cork over 2m 4f at Warwick and then when 13lb out of the handicap in a warm novice handicap at Ffos Las, where he was heavily anchored to get him to settle.

All this adds up to him looking well treated off a mark 2lb lower than his hurdles rating, back down to the minimum trip and on a speed track against a vulnerable favourite.

Desque De L’Isle only had to stand up to win at Ludlow in November against a pair of rivals who hated the ground and couldn’t jump and although it was a better race he won there last time, he didn’t do much in front and only just hung on. Venetia Williams’ charge is up another 4lb here to 119, a mark the ten year old has never conquered.

The rest are all exposed and this is best left to the younger horse to claim the spoils.

PRIME VENTURE ran out a ready winner of the Veterans Final in attritional conditions last year and with plenty of rain forecast on Saturday morning, a feeling of déjà vu is on the cards.

He runs off the exact same mark as twelve months ago too and has clearly had this title defence as his target after a couple of spins over hurdles under Evan Williams’ daughter Eleanor at Ffos Las. Adam Wedge is back on board and he was a gallant sixth in the Scottish National back in April to prove the fire still burns bright. He is back amongst the geriatrics of the equine world here and I expect him to go very close.

It is a slightly better renewal this time around with more 140+ rated runners. Ramses De Teillee heads the betting after a runaway Warwick win to qualify for the final. That was his first start since a wind operation, he handled heavy ground with aplomb in his younger days and will catch the eye of many punters, but a welter burden of twelve stone could be a major steadier in gruelling ground.