FIFA president Gianni Infantino has trumpeted a $3.5 billion ‘solidarity scheme’ to support football in less-developed countries. The catch? These funds would supposedly be raised by holding a World Cup every two years. Yes, the unwanted sprout on the dinner plate of world football is back again. FIFA have been banging the drum for the idea of biennial World Cups for aeons, and the talk has only intensified this year. Every time, the idea is met with resistance. It is difficult to envision Infantino’s proffering of the charitable benefits of such a development being a result of the Christmas spirit.

The World Cup is a commercial juggernaut, with the 2018 edition making a profit of $3.5 billion. This figure may be familiar to you as the exact amount FIFA are proposing will be pumped right back into the game from holding a World Cup every two years. Are FIFA genuinely proposing two tournaments every four years, with one for purely altruistic reasons? It seems hard to believe, especially since we’ve heard this proposal several times before without the tacked-on community spirit.

Arsene Wenger is on-board, because of course he is. The legendary ex-Arsenal coach has said the proposal will “give everyone the chance to play top-quality football who wants it”. His reasons this time are supposedly noble, to give less-developed nations a seat at the table of world football. In September, while he did make mention of helping level the playing field for players across the world, he mentioned a host of other reasons first. These included a streamlining of the international schedule, less “small” competitions and less travelling for players. In summary, Wenger called the current format “outdated”, but is it really?

Everyone remembers their first World Cup. Whether you watched Diego Maradona make magic and mischief in 1986, learned the words to Nessun Dorma in 1990, or your ears bled to the sound of vuvuzelas in 2010, we all remember these tournaments. We remember them not just for their football, but for their identity. A World Cup has a heartbeat, a rhythm, a feel. This would be the first thing we’d lose with a biennial tournament. World Cups would begin to bleed into one, like a never-ending Nations League. They would lose their status as a time-marker for a sports-mad generation. 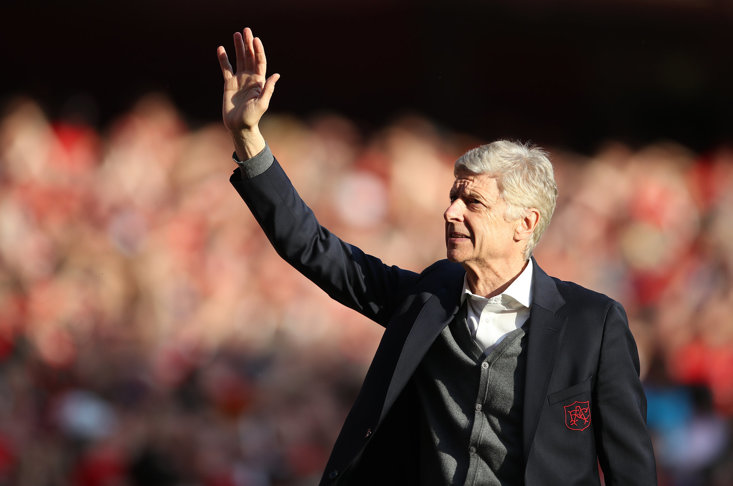 The moments would not live as long either. Michael Owen’s slalom against Argentina in 1998 was special because we had to wait four years to see if he could do it again. Would that goal, a breakout moment for a teenager on the biggest stage in world sport, be talked about today if we’d had another World Cup blocking our view two years later? Perhaps we would, perhaps some moments are indelible. Or perhaps we would all be poring over another moment of glory from World Cup 2000, before that too was wiped away by the 2002 edition.

But what do the memories, moments and moods of a World Cup matter when money is at stake? Very little at present it seems. But is the ‘solidarity’ package even a sustainable promise? The World Cup draws such huge revenues because it is a watershed event. It is essentially a State of the Union address for an entire sport. A summation of everything we’ve seen on the pitch in a near half-decade. Would FIFA’s festival of football make the same cash if it happened every two years?

Initially it would, as we are conditioned to care about the World Cup. But what about when we hit the third or fourth iteration of the new format? When it feels less like a generational event and more like a conveyor belt? Will the grounds be as full? Will kids be decked out in new merchandise featuring the latest animal mascot now their parents have to fork out for it every two years? Surely the TV companies will not be willing to pay the same premium they do currently to screen the games. Even less so if fans get burned out on the concept of such frequent World Cups, and stop watching in the huge numbers they currently do. Less viewers means less advertising revenue, meaning less money for channels to shell out for the rights. The entire house of cards would fall very quickly.

So, what if the World Cup does end up bringing in less money for FIFA? Then the first thing to go will be Infantino’s ‘solidarity scheme’. FIFA as an organisation is unlikely to back a large-scale charitable project if it’s own revenues take a sizable hit. And thus the entire supposed reasoning for the biennial World Cup will fall.

The idea of a World Cup every year is not going away, Arsene Wenger will make sure of that. The only thing that seems to change are the reasons for it. The only option, as it was with the fetid European Super League, is fan resistance. A mass rejection of the concept is the only thing that can stop FIFA’s runaway train. Without it, we’ll be packing our bags for Saudi Arabia 2036, still struggling to remember who beat England on penalties at Gibraltar 2034.