Football
News
The Milan rivals are battling it out at the top with Juventus trailing behind
Kris Voakes
16:00, 20 Feb 2021

There hasn’t been a Milan derby like this weekend’s for a decade. Not since AC Milan hosted Inter in April 2011 with the sides separated by only two points at the top of Serie A have the old rivals faced off with the Scudetto potentially at stake. But after nine years of Juventus dominance during which the Milanese pair have been little more than innocent bystanders, there is finally a belief that one of these two will lay their hands on a 19th Italian league title as they come head-to-head at San Siro on Sunday.

Back in 2011, Milan had led the way since November, making the most of Inter’s dreadful start to the season under Rafael Benitez, who would be sacked by Christmas despite leading the Nerazzurri to their first ever Club World Cup win. Massimiliano Allegri, meanwhile, was making the most of a star-studded squad featuring the likes of Zlatan Ibrahimovic, Andrea Pirlo, Clarence Seedorf, Robinho, Antonio Cassano and Alexandre Pato.

Pato’s two goals that day would lead Milan to a 3-0 win which propelled them towards their first Scudetto in seven years, but it has been largely downhill for the Rossoneri ever since. Only two Italian Super Cups have been added to the trophy cabinet in the intervening period, marking the longest major trophy drought in the club’s post-war history. 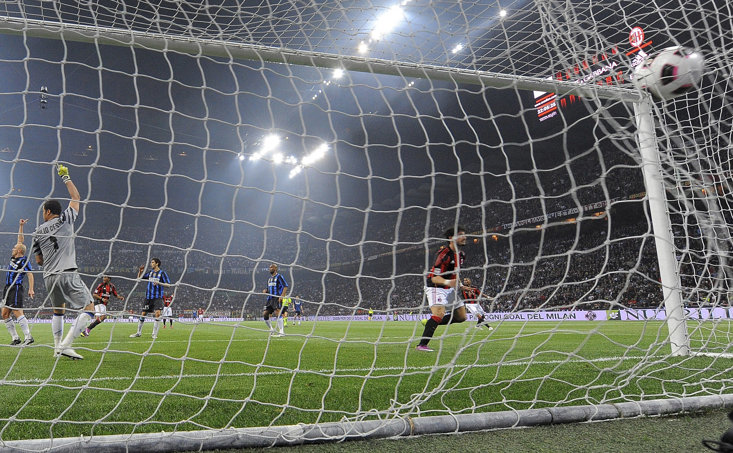 It hasn’t exactly been a barrel of laughs over the other side of San Siro either. Like Milan, Inter have had unsettling changes of boardroom regimes in the last decade and have gone trophyless since their 2011 Coppa Italia final win over Palermo.

But this season has been a different story, with Antonio Conte starting to build the sort of stubborn, energetic machine at Inter that he put in place a decade ago with Juventus. Since the additions of Lautaro Martinez, Achraf Hakimi, Milan Skriniar and, in particular, Romelu Lukaku there has been a very new feel about Inter’s ambitions. They fell away late on last season as Juve claimed a ninth straight title, but with Pirlo’s Bianconeri showing a previously unseen inconsistency this term, it is Inter who show the way with 16 rounds to go.

That wasn’t the case until a week ago though, with Milan’s shock 2-0 loss at Spezia sending Stefano Pioli’s side down to second spot for the first time since their 2-1 win in the reverse fixture with Inter had seen them go top in October. With Ibrahimovic back in their ranks and still firing at the age of 39, there is a real character about a side few had posted as title contenders this year. Full-back Theo Hernandez has been a fantastic addition and poses a real threat down the left, while Ivorian midfielder Franck Kessie continues to grow in stature as a true leader on the field. 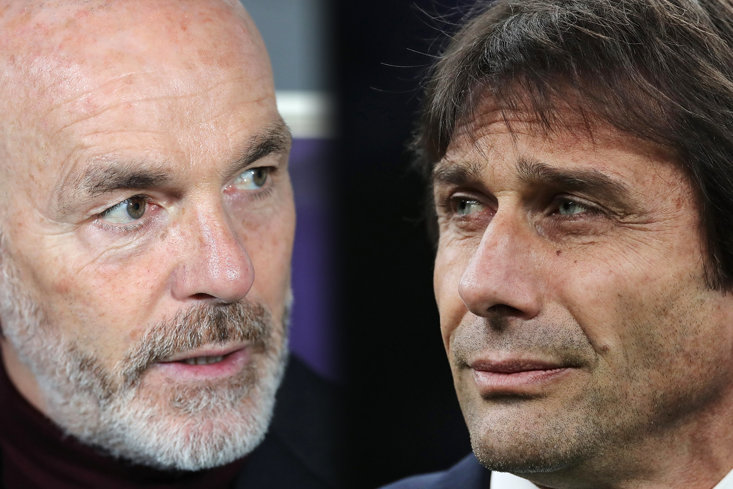 PIOLI AND CONTE HAVE OVERSEEN BIG IMPROVEMENTS AT THEIR RESPECTIVE CLUBS

There have also been enough contributions from across the squad that Ibrahimovic’s absences have not caused them too many worries. The Swede has missed spells through injury this term and also tested positive for Covid in September, but Pioli has managed just fine without him thanks to the likes of Rafael Leao and Hakan Calhanoglu playing leading roles.

Sunday’s game might come a little too early to be proclaimed as a title decider, but it could have a massive say in who will win Serie A in 2021. Milan owe Inter one after their rivals knocked them out of the Coppa Italia last month in a memorably fiery encounter, with Ibrahimovic netting the opener but later coming to blows with Lukaku and then being sent off as Inter came from behind to win.

That tete-a-tete between the two former Manchester United strikers was all the proof anyone could need that Milan derbies retain their edge even without the presence of the 80,000-plus fans who would in any normal circumstances be packing out the famous Stadio Giuseppe Meazza with their custom-made pre-match tifos.

And, with the Serie A summit at stake, Sunday’s clash is set to take the intensity up a few notches further. Sit back and enjoy the fireworks as one of Europe’s great football clashes takes centre stage.