Motorsport
News
After three years of intensive research and countless tests in partnership with BMW i, the electrified wingsuit is a reality
Simon Lillicrap
08:00, 24 Nov 2020

To say this year has been a turbulent one would be an understatement and now, well, people can fly. No this isn’t Futurama or a future predicted by George Orwell, this is just the next turn on the rollercoaster that is 2020.The game-changing BMW Electrified Wingsuit gives its user the ability to soar through the skies at incredible speeds of up to 186mph - something that would make even Iron Man envious. 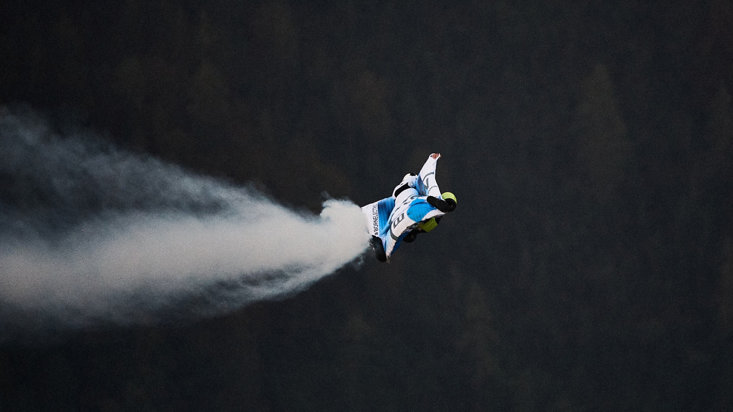 Jumping from an aeroplane earlier this month, air sports icon Peter Salzmann flew through the air wearing the suit which has been conceptually designed by BMW, Designworks and Salzmann himself. The Austrian Skydiver wanted to improve performance and control in the air: “One of them [ideas] was a supporting motor—and it’s an idea I just couldn’t shake. I found the idea of being able to jump from my local mountain wearing the wingsuit and land in my garden fascinating.” 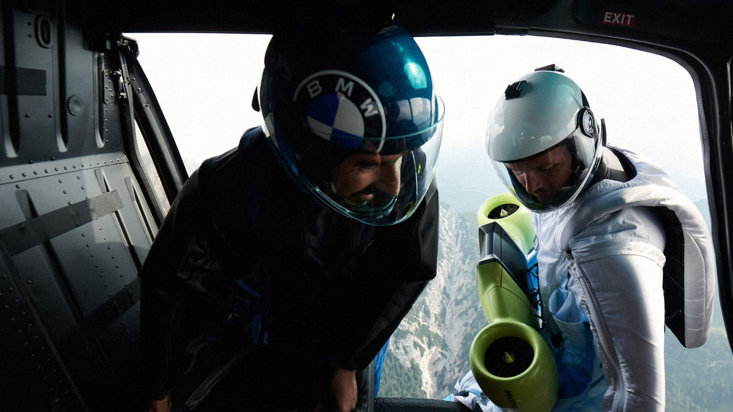 The design of this suit has been a long time coming. In fact, it took three years of research prototypes and test flights to get to this stage, which saw Salzmann teetering on the edge of a plane, 10,000 feet above his homeland of Austria alongside two other flyers in conventional wingsuits. His colleagues reached horizontal speeds of 62mph while Salzmann blew them away, hitting a peak speed of 186mph. Whoof. 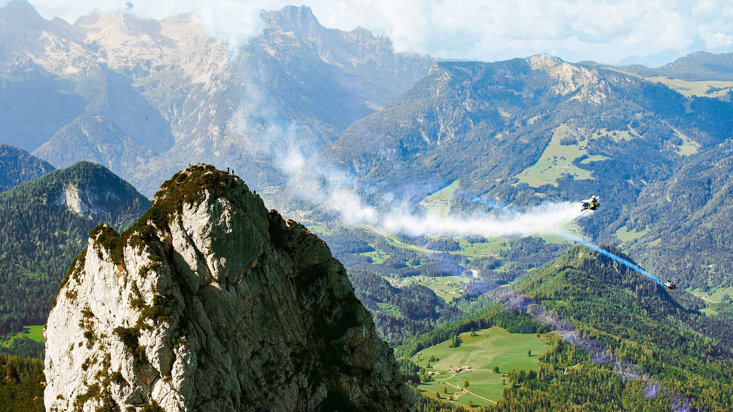 So what is this suit all about? Well, it is powered by a chest-mounted rig and offers 15kW of power, split across two carbon impellers. Using BMW’s i EV technology, these impellers can spin at 25,000rpm and give thrust for up to five minutes. Impressive stuff for a first attempt, but the long-term aim is for performance to be increased so longer distances can be covered.

The next aim for Salzmann and co? The skyscrapers of South Korea, which had been his intended initial target before the pandemic forced him to stay in Austria. Hoping to fly faster and further, they will analyse technique and training in order to optimise performance. Who knows where this tech could take us? 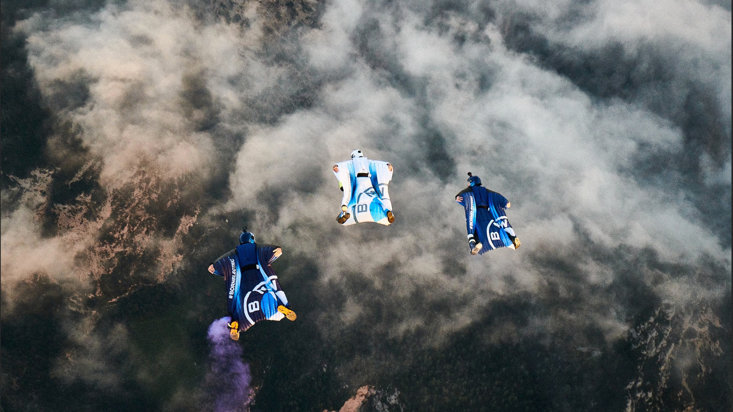 This wingsuit was revealed at BMW’s #NEXTGen 2020 event in which the German car maker offers a unique look ahead to the future of mobility.