“If we had won that game, football would have been different. That defeat for Brazil was not beneficial for world football.”

Over thirty years after Brazil’s incredible 3-2 defeat to Italy at the 1982 World Cup, the number ten of that great Canarinho side was still rueing the missed opportunity, not just for his own success on the greatest stage, but for the beautiful game itself.

“Brazil had a fantastic team, recognised around the world, and everywhere we go people remind us about that team in 1982,” said Zico in 2012. As a result of the result the former midfielder believed, “we started to create football based on getting the result at whatever cost, football based on breaking up the opposition’s move, and based on fouling the opposition.” The Azzurri’s Paolo Rossi, returning from his infamous ban, put Brazil to the sword with a hat-trick at Barcelona’s Estadio Sarria, and though there were responses from Sócrates and Falcão, the defeat meant that this Brazil side didn’t even reach the knockout stages of the competition.

Unfulfilled potential however stokes imagination. Tragic stories often focus on themes of eternal love, but can create the emotion itself, an attachment that wouldn’t be present through the satisfaction of expected achievement. Writer Stuart Horsfield has infused his new book, 1982 Brazil: The Glorious Failure with a four-decade long obsession with the convocation of Zico, Sócrates, Falcão, Éder, Júnior et al. 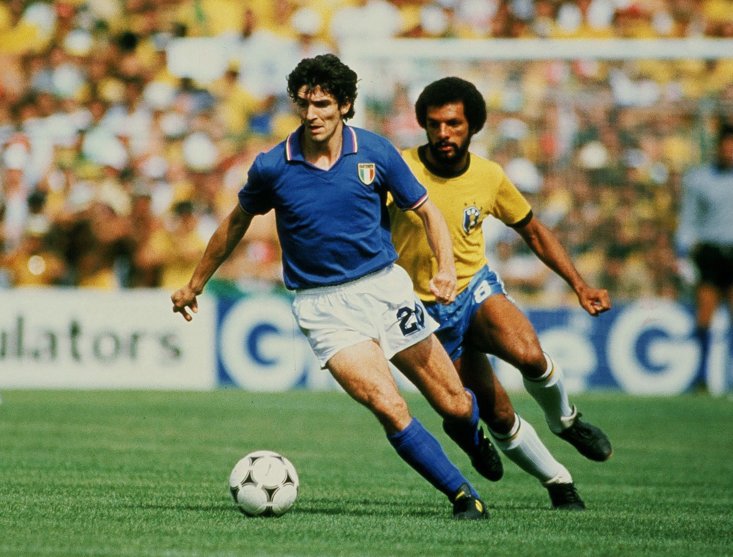 Jostling with the ‘54 Hungary, and the Netherlands of 1974 as the greatest team never to win the World Cup, Horsfield contextualises The Little Canary of the early eighties, one that had the weight on preceding successes following them to Spain. Horsfield analyses each player of the exceptional set-up (you don’t even have to forgive the rather hyperbolic chapter label, ‘Gods’) and breaks down the procession, match by match, in the summer of ‘82 as Telê Santana’s side became the most beautiful of losers.

The one overriding narrative that runs through the book isn’t necessarily ‘The Glorious Failure’ itself. In a world where practically any match can be accessed in mere seconds, where you can, it’s something that needs reminding. It is the power of football that a team from half the world away can enkindle such passion and intrigue in a young seven-a-side schoolboy in northern England, ‘the agitation...and running all the way home’ to catch perhaps the greatest game of all time on a Monday, July 5, 1982.

Horsfield importantly doesn’t shy away from the mythology, and his endorsement and affection - not through nationality nor heritage nor instruction, but through witnessing ‘art’ - is virtually impossible for the football not to become charmed by.