Amir Khan and Kell Brook will head once more into the breach this weekend, as two of the pre-eminent fighters of British boxing’s last generation clash. There is intrigue and excitement surrounding a bout that has been mooted for well over a decade, even though this is ultimately a fight between two men boxing has left behind.

Thursday’s final press conference suggested that these are yesterday’s men, at least in terms of the views that were expressed. Comments of a racist and homophobic nature were exchanged in an effort to rile each other. While these came across more as ways to get under an opponent’s skin than an expression of genuinely-held beliefs, it still made for an unedifying spectacle. Boxing has left this sort of lowest common denominator trash talk in the past, and while these two men are fighting to prove there is a place for them in modern boxing, there is no place for homophobia or racism.

These ugly scenes aside, there is a reason this fight has drawn so much interest. Despite the argument of the bout coming too late, both men have declined at similar rates. Their trajectories have actually been almost identical. Both made ill-advised jumps to middleweight while at the peak of their powers two weights below and got knocked out. Those losses, Khan’s to Saul ‘Canelo’ Alvarez and Brook’s to Gennady Golovkin, hastened the deterioration of each man’s skills.

Both have been thrashed by Terence Crawford since in another neat piece of symmetry. Khan took his loss to ‘Bud’ on board, and has worked with his conqueror and the trainer that masterminded his downfall, Brian ‘Bomac’ McIntyre, ahead of the Brook bout. Brook hasn’t fought since losing to Crawford in December 2020, while Khan has been out of the ring since a lukewarm win over an under-sized Billy Dib in 2019. One of the multitude of reasons this fight is entertaining is the fact both men find themselves operating at around the same level.

Another reason is the good old fashioned grudge between the pair. Since Khan was an Olympic silver medalist attracting massive paydays and attention as a pro and Brook was an Ingle Gym youngster doing things the hard way, there has been tension between the pair. Operating at similar weights, there was always likely to be a natural enmity. Brook having to go unbeaten in 32 fights to get a world title shot, while Khan fought for his first with a 21-1 record, has been a source of professional jealousy. There is also the fact that while both have been shy to actually fight each other, they have never held back when speaking about the other.

So how will the fight play out on the night? There is not much of a form guide to go off, considering both men have been out of the ring for so long. If both men come in at something approaching their best, the styles will mesh well. Brook is sturdier, has generally shown better punch resistance and is the fighter you’d favour on the front foot. Khan has perhaps the fastest hands of the decade in boxing. If he can rattle off three and four punch combos with the dexterity of flow of old, it is hard to see the Brook who took a shellacking from Crawford avoiding them.

Ultimately, this bout could come down to who has aged the best. While their pre-fight banter has aged like milk, one of these two 35-year-olds could still summon up a lost vestige of their physical prime. If they both manage to turn the clock back, then Khan’s speed gives him the edge. But if not, then the fighter who has lost the least stands to win the most. 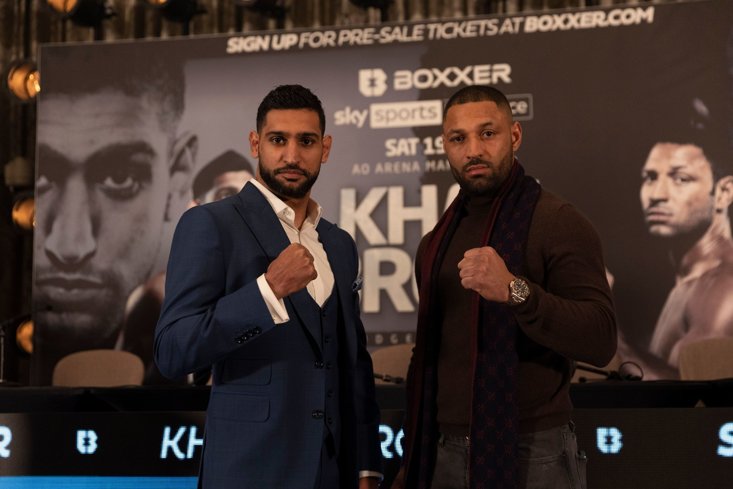