Snooker
News
The snooker star has himself had time away from sport to look after his mental health
Hector Nunns
22:30, 11 Oct 2021

Ronnie O’Sullivan is someone who knows exactly what it is like to be at the centre of the media spotlight 24/7, having experienced exactly that over a 29-year professional snooker career. And a six-time world champion who has been interviewed, interrogated and scrutinised more than most in sport believes that Naomi Osaka’s decision to take a break from tennis could ultimately be the making of her.

The Rocket has expressed great empathy for the 23-year-old superstar, a former world No1 with already four Grand Slam victories to her name, after the Japanese player publicly announced in September after an early exit in her US Open defence that she would stop competing for a while as “winning doesn’t make me happy any more”.

The problems for Osaka, a naturally shy and introverted character, really began at the French Open in May having declared she would not be fulfilling mandatory tournament media duties over concerns for her mental health and personal wellbeing. This ultimately led to a fine after Osaka’s first-round win, and then her withdrawal with the prospect of the situation escalating.

The episode triggered a wave of support among athletes in other sports, but a mixed reaction in tennis itself with some players believing that speaking to the media, even after painful defeats, was part of the job. Osaka then missed Wimbledon, played in her home Olympics in Tokyo, and then headed to America and the US Open. She has not played since, with no indication of a return date.

O’Sullivan, widely acknowledged as the greatest snooker player in history despite a love-hate relationship with the sport, announced after winning his fourth world title in 2012 at the Crucible in Sheffield that he would be taking a year off. And bar one 4-3 loss to world number 76 Simon Bedford he did just that before a triumphant return in Sheffield to claim a fifth world crown. 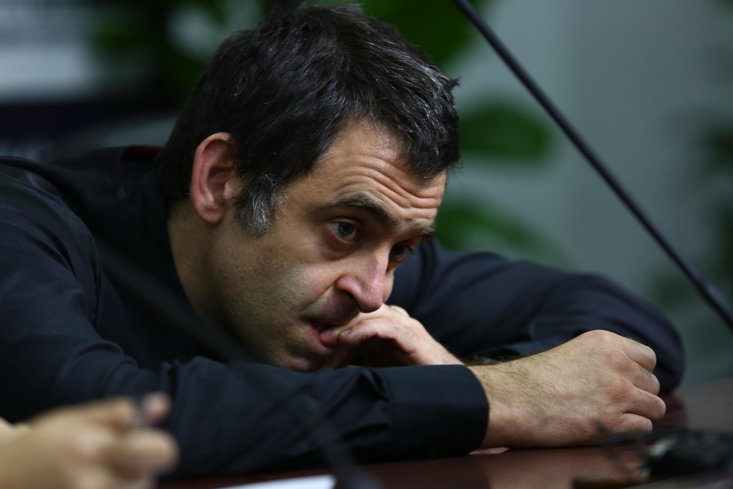 O'SULLIVAN HAS HAD A TURBULENT TIME AWAY FROM THE GREEN BAIZE

O’Sullivan, the most sought-after and requested player in history for whatever he might say after matches, has very seldom failed to fulfil onerous media duties, though he was excused at the 2007 Masters tournament shortly after walking out of a match at the previous month’s UK Championship.

But he has certainly had some run-ins, ruining a few by breaking out into song, and even speaking in an Australian accent. And he was heavily fined for an incident in China in 2008 over an obscene outburst and lewd comments to reporters.

After a first-round World Championship win in 2016 O’Sullivan – having gone through a tough time personally away from the table - smashed his cue in his dressing room before storming out of the venue without speaking to the BBC and other media – before checking himself into a clinic for a week suffering with exhaustion.

So O’Sullivan knows what he is talking about having also spoken widely about his own mental health issues and battles with depression, and since his own playing hiatus has thrown himself into other activities to reduce his reliance on snooker results and displays for how he feels about himself – including running, food and nutrition, and broadcasting with both punditry and presenting.

O’Sullivan, a big fan of both tennis and Osaka, says: “She is a great player, and isn’t going anywhere - and I’m sure the break will do her some good. She is just chilling out and enjoying herself and everyone should let her do that.

“I just think a lot of the time everyone on the outside makes more of a big deal about what you may or may not be doing – a lot more than you do yourself. For me I wasn’t doing anything special winning what I won, playing how I played or taking the year off and I am sure Naomi is the same.

“Some days everyone is sucking up to her saying she is great over her tennis and she is just thinking ‘But I do that every day’.

“And the same is true of her deciding to take some time out and spending it with friends and family, it’s just what she felt like doing. That isn’t a bad thing. Good luck to her, she has worked hard and is now in a position to make those choices for herself."

The 45-year-old continues: “I guess she can take some time off with £100 million in the bank! But seriously, not for one second would I belittle anything about what she is doing, everyone knows how much I have publicly spoken out on mental health and personal wellbeing.

“I think she is great, I admire the girl and she is standing up for what she believes in and is a bit of a trailblazer – and has a lot of support from sportspeople across the world. They recognise what she is saying and hope players and athletes get a bit more support.

“I suppose I cut my emotions off about snooker a good time ago, and now I come in, play for some fun and play a few tournaments when I have the time. And that’s a bonus and I am at the stage where win or lose, it doesn’t really matter. I seriously wouldn’t want to have to play this game for a living any more.

“So I do my other stuff away from the table and that makes the snooker better, and keeps my little face in the shop window and your value up! The way fans see me, the way I play and wearing my heart on my sleeve, that comes from instinct and the competitor. Even on a practice table there is a glint in my eye, that will never go.

“But as far as results go, it is the least important thing to me which is great because I can go out there and swing away. There are players down the rankings who need the money, who forked out £600 to get to Belfast this week, lost in the first round and get nothing. That’s a tough gig. But I am fortunate now to have a ‘normal’ job doing punditry as well, and that helps me not have to worry about potting balls to pay bills.”