Football
News
A few things have happened in the second tier over the past four weeks
Conor Keane
08:00, 09 Dec 2022

We may have had a slight teaser last Saturday when Sunderland smashed Millwall, but the Championship returns in full this weekend. Some games have been moved forward so fans can get home to watch England’s World Cup quarter-final with France, but there’s also been several major changes at different clubs.

Before the Championship returns, here’s what has been going on in England's second tier.

Coventry kicked out of the CBS

Mike Ashley is at it again. Just weeks after being named as the preferred bidder for the CBS Arena, he has served Coventry City with a notice of eviction, meaning the Sky Blues could be homeless - again. Mark Robins and his players have had to put up with a lot already this season and this latest development has the potential to significantly disrupt their season if a quick solution cannot be found.

Many people who are not Wigan Athletic supporters are still surprised that Leam Richardson was relieved of his duties after what he had done for the club. But now the man in the dugout is former Premier League defender Kolo Toure, having joined from Leicester City where he assisted Brendan Rodgers. Although it seemed that his brother Yaya was the priority target for the position, Kolo has certainly taken on a tough challenge with the Latics, who are at risk of Championship relegation as it stands.

Michael Beale swaps one Rangers for another

It was inevitable, wasn’t it? As soon as it was made public knowledge that Queens Park Rangers boss Michael Beale was the number-one choice to succeed Giovanni van Bronckhorst as Rangers manager it was a case of when he would leave, not if. Due to the affinity he has with the club you can’t blame him for taking the position. But following his comments talking about commitment to the QPR cause after he'd turned down an approach from Wolverhampton Wanderers, he hasn’t come out of this in the best light. 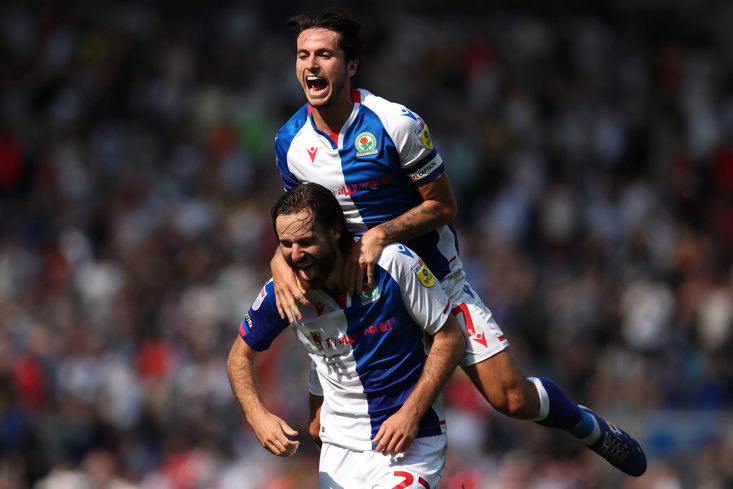 The race for promotion

While the biggest talking point surrounding the Championship this term has been the competitiveness, there remains only a handful of sides who can really push for the top two spots. Vincent Kompany’s Burnley look the most-equipped side currently to win the league after they brushed aside bitter rivals Blackburn Rovers 3-0 last time out, with Rovers also fighting for promotion. The Clarets have a three-point lead at the summit and it is difficult to envisage them finishing outside the top two come May.

As for Blackburn, they have found consistency of late under Jon Dahl Tomasson but question marks remain over their style and whether they have the squad depth to go the distance in this ferocious battle.

Behind Burnley are Sheffield United, who were also on a great run of form before the break. The Blades are well drilled under Paul Heckingbottom and they could easily slip back into their rhythm after the three-week break.

Norwich City have been hot and cold under Dean Smith in 2022-23 and a lot of their supporters are not happy with his style of play. The Canaries won just two of their last five before the World Cup and, while they have a squad capable of challenging for the top two, they could miss out if they don’t find consistency.

The craziest thing about the sides fighting for the top six is that there really isn’t a lot to separate many of them. Four points currently separate QPR in sixth and Middlesbrough in 15th, so plenty could change in the race for the play-offs over the next few months and it is going to be enthralling to watch unfold.

The fight for survival

Right now it is difficult to see the bottom three changing. Huddersfield Town have plummeted this year after reaching the play-off final in May. They have already made a change in the dugout, with Mark Fotheringham replacing Danny Schofield, but it won't be enough to keep them up if they cannot get a good run of results together. The other two sides in danger are Blackpool and Wigan. Both have found consistency hard to come by and Blackpool’s form before the World Cup was most troubling, having lost four on the bounce.

These sides might be glad that the season was broken up when it was because they were by far the worst-performing sides in the division at the time, and their best hope is that the rest period has given them time to get better practices in place.