Football
News
Mourinho will take charge of his fifth major European final this Wednesday, as he leads his Roma side out against Feyenoord
Joey Mills
09:31, 24 May 2022

Five years ago today, Jose Mourinho led Manchester United to their last major trophy. His Red Devils side defeated Ajax in the final at the Friends Arena in Stockholm, Sweden. On Wednesday, he will head into the fifth major European final of his career, as his Roma side look to lift the maiden Europa Conference League title against Feyenoord.

Four European finals is a surprisingly low number considering the perception of Mourinho as a master of cup competitions. His Real Madrid side never reached a Champions League final, and Chelsea’s four major continental trophies of the Roman Abramovich era arrived without him. But what Mourinho lacks in quantity, he makes up for in quality. The controversial coach has won every major European final he has contested. Roma fans will be hoping his 100% record continues.

To get you in the mood for Jose’s return to the sharp end of European competition, here’s a look back at his four previous finals.

The Portuguese manager’s first flush with a European trophy came against British opposition. The mighty Celitc of Martin O’Neill gave Mourinho a stern test, going up 2-1 with a brace from the great Henrik Larsson. Brazilian star Derlei notched a double of his own, either side of a Dmitri Alenichev strike, to end Porto’s 16-year wait for European silverware in extra time. A spectacular end to Mourinho’s first full season in charge, and a sign of big things to come.

Mourinho had already arrived in worldwide consciousness by this point. His iconic knee slide along the Old Trafford touchline in the round of 16 saw to that. But it was in winning this most unexpected of Champions League finals that his legend began to take shape. Carlos Alberto, Deco and UEFA Cup final scorer Alenichev got the goals as part of a squad that featured no less than five players who would go on to feature for Chelsea. 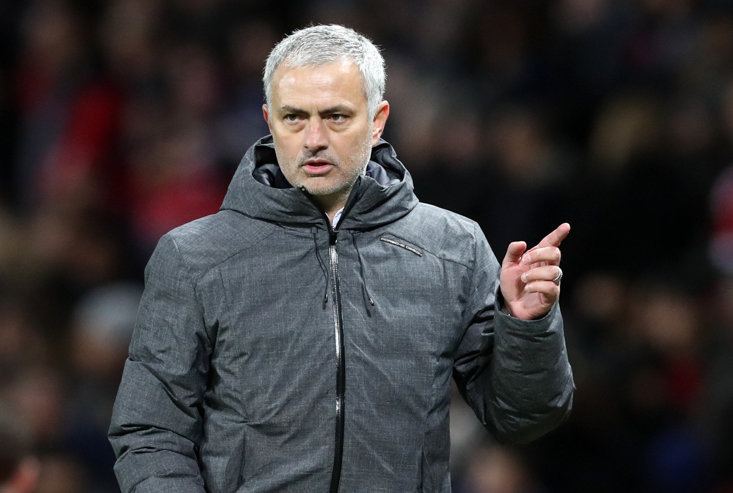 Trebles aren’t for everyone, but Mourinho made one his own during his time in Italy. The Nerazzurri came into the Champions League final off the back of Serie A and Coppa Italia success. Defeating holders Barcelona in the semi-final was an early shot across the bow in Mourinho’s war with Pep Guardiola. Louis van Gaal’s Bayern Munich were swept aside 2-0 in the final, by virtue of a Diego Milito brace. Mourinho would follow Van Gaal onto the podium to collect his winner’s medal. Six years later, he would follow him into a job.

While the league season had not gone to plan, with United finishing sixth, this victory was seen as a positive sign for the future. Wedded to the League Cup Mourinho had won a few months before, and the Community Shield he cared about even if many others didn’t, it was a convincing argument. While these weren’t the premiere prizes, Mourinho’s knack for winning trophies looked set to bring a winning mentality back to Old Trafford.

It ended how it always does for Jose of course, with bitter words and acrimony. But on this May night at the Friends Arena, just two days after the Manchester Arena bombings had shaken a city, everything came together. A young, promising Ajax side containing future Red Donny van de Beek were beaten 2-0. Goals arrived from Henrikh Mkhitaryan and Paul Pogba. The former will be part of Mourinho’s Roma squad against Feyenoord. The latter perhaps never bettered this display in a further five years at United. This was supposed to be the start of Jose’s brave new era at United. Instead, it was the apex.