Horse Racing
News
We've picked out the best of the action from up and down the country
Matt Hulmes
15:00, 31 Dec 2021

A fantastic start to 2022 with eight meetings to look forward to on New Year’s Day.

The highlights are undoubtedly at Cheltenham with a competitive card to get stuck into while dual Gold Cup hero Al Boum Photo makes his annual appearance at Tramore bidding for his fourth straight win in their Savills New Year’s Day Chase.

Good cards at Musselburgh and Exeter alongside Catterick and Fakenham over the jumps, a flat card at Southwell and a second Irish meting at Fairyhouse complete the set.

The opening Novice Hurdle at 12:15 looks very tough to call with five last time out winners clashing. I Am Maximus won going away at Newbury, but it didn’t look a deep race and looks too short in the betting. Doctor Ken has a half length verdict over Pull Again Green while Hillcrest has won his last three. Get a Tonic is also on a hat-trick after two easy success and gets a handy 7lb sex allowance for the Skelton’s.

I am concentrating on a couple of novices in this staying handicap chase. Honest Vic has run well in al three chase starts and Henry Daly has his horses in very good form. He should have a say in the finish, but I am just siding with UNDERSUPERVISION for team Twiston-Davies. He hung his chance away at the October meeting when second before an early fall at the November meeting. He then ran a respectable third to a very well handicapped rival last month over course and distance. He put in some good leaps late on to keep him competitive and looks sure to be involved against more exposed rivals.

The Dipper Novices’ Chase looks a very strong renewal. L’Homme Presse has been very impressive in two chasing starts for Venetia Williams and is rightly favourite. However, he must give 3lbs to the 1lb higher rated Millers Bank who was ahead when tipping up at Newbury in November. It isn’t ideal coming to Cheltenham on the back of a fall though and his best form is generally on flat tracks.

Oscar Elite was in the process of an eye-catching chasing debut when getting too close to three out here in November. He may have had that on his mind still when below par at Huntingdon but it’s interesting the Tizzard’s come here rather than pick up a confidence boost. He would be of each way interest, but the yard’s form is once again of concern after a good start to the campaign.

The Glancing Queen enjoys it here and has her conditions and is strongly considered in receipt of weight but COME ON TEDDY impressed on chasing debut at Uttoxeter and the second when close in handicap company on Wednesday. His jumping was solid there and with a victory and a third in a Pertemps Final at the track on his CV, he rates a solid each way play in an informative contest. 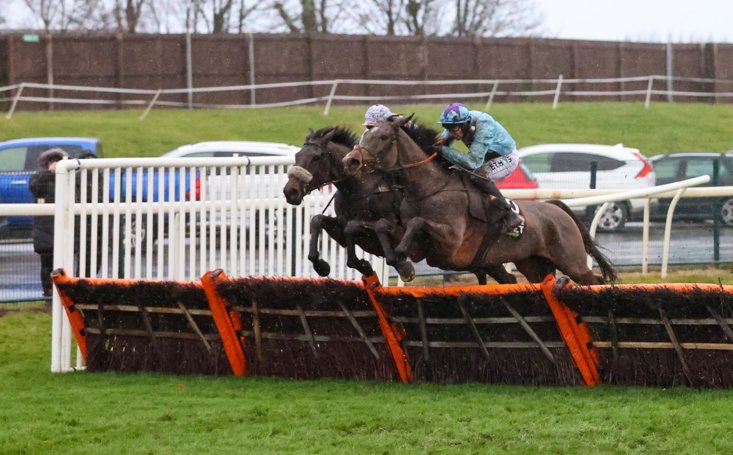 An ultra-competitive handicap chase with plenty of these meeting at the similar contests at the November and December meetings.

ZANZA is proving frustrating, but he surely has a decent pot in him and connections reach for the Cheekpieces here. he was staying on again when second to Cole Cody three weeks ago and is 2lb better off for those two lengths. I will also give DEYRANN DE CARJAC an each way chance. He was second in the Dipper three years ago (behind Midnight Shadow) and caught the eye in fifth when behind Coole Cody and Zanza last month. He has been dropped a further 2lb and at around 16/1 with extra places, he looks worth a saver.

Galahad Quest was close up in the Paddy Power in November but fell at Aintree last time while the consistent Funambule Sivolawas second in the Peterborough Chase last time and returns to handicaps off a fair mark judged on his second to Shishkin at Aintree in April.

Another tricky puzzle to solve and stamin will be required over these three miles in soft ground.

Pileon finally got his head n front at Sandown last time in good style but the second, fourth and fifth have all let the form down since and he is up another 6lb.

I think the market has this spot on with two young stayers who are well weighted and on the improve, heading affairs.

Art Approval went the widest route when streaking clear in a conditional jockeys contest in November. He steps up in trip but handles the ground and Paddy Brennan will be sticking to the far rail as is usually the case. He should be involved in the finish, but I think TAMAR BRIDGE still has plenty to offer. He was very well backed at Aintree when travelling the best but was al out to win in the end. He has been put up 6lb and the second has run poorly since. Bu the third was a fair way back and ran well before stamina gave way at Chepstow last week and TAMAR BRIDGE will be having just his sixth start. He appears to relish deep ground and on his beating of Bass Rock at Ayr in a match in March, he should still have a few pounds up his sleeve.

Just the six go to post for the feature Relkeel Hurdle.

McFabulous won the rearranged running last year at Kempton last year from On The Blind Side, but this course suits the second much more and he may turn the tables despite a big discrepancy in price.

Brewin’upastorm has gone form strength to strength since returned to hurdles. He beat McFabulous in the National Spirit at Fontwell and is 6lb worse off for just over five lengths. Neither of that pair have been at their best here though, where as GUARD YOUR DREAMS loves it. He has two course victories to his name this year already and in the latter of them he turned form around with Song For Someone, who he chased home along with Buzz at Ascot. It is very good form and his jockey, Sam Twiston-Davies, wanted to run him here instead of three weeks ago, but having won that contest, he was again keen to come here, and he can take top honours.

Very little form to go on for this junior bumper. Fergal O’Brien’s record in races of this nature at Cheltenham affords the unbeaten Poetic Music respect while Beyond Boundaries is an intriguing runner for a team we are much more used to seeing on the flat (Andrew Balding and King Power). 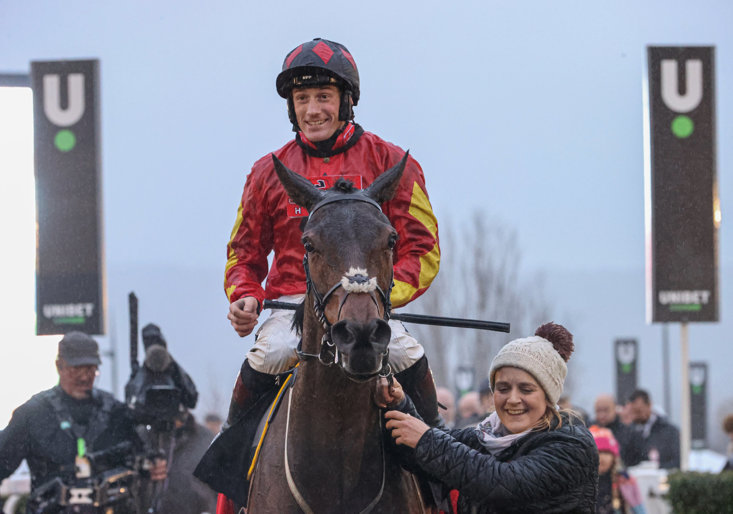 A good card at Musselburgh but fewer runners at this meeting than in recent years but there is rain forecast overnight and into the morning so the ground could turn soft by race time.

There are just twelve runners across the best two races.

The Hogmaneigh Handicap Hurdle is first up where TOMMY’S OSCAR is on a hat-trick and has a win and a second from his two course runs. He has gone up 11lb for his last two wins, but Tom Midgley claims 7lb off his back and the yard continues in good form with its few runners. Victory here and they will be looking at graded races for him. Anna Bunina is the danger. She was second in the Scottish Champion Hurdle and runs well fresh, she returns from an eight-month break and has the excellent Simon Torres booked to ride.

Just five go to post in the Auld Reekie Handicap Chase. Donal McCain and Brian Hughes have been in scintillating form all season. The Cheshire handler has saddled nine winners form his last thirty-four runners and he runs GAELIK COAST here. the top weight is two form two over course and distance and was runner-up on is only other start at the track. Paul Nicholls saddles Amour De Nuit who continues to fall down the ratings, as does Nietzsche and it would be no surprise should either of these bounce back to winning form. 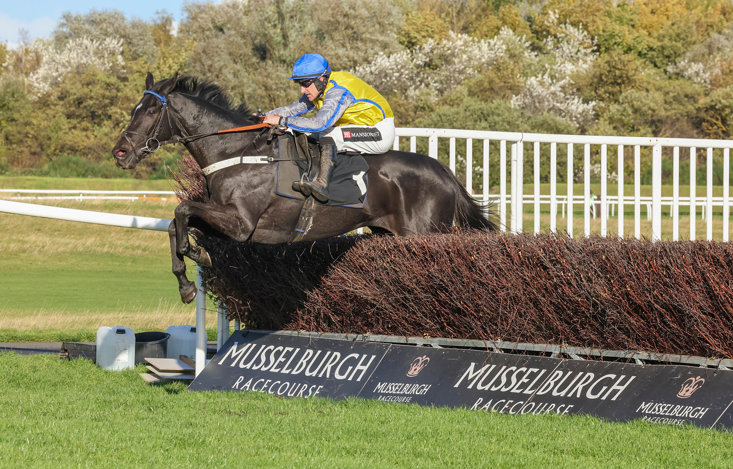 BEST OF THE REST

Henry Daly has his string in good form and RAPPER (1.35 Catterick) can get a win on the board. He has bumped into useful rivals in his two chase starts and his hurdles form is a notch higher than that achieved by Castle Robin, who had a hard race at Wetherby last time despite the form franked when the winner won at Newbury on Wednesday.

SHANTUNG (2.30 Fakenham) will appreciate the return to softer conditions and is 2lb lower than when she won here last January. Lucy Wadham’s horses continue to run well and with young 10lb claimer Corey McGivern aboard, she will feel like she has been let loose.

GUSTAVIAN (12.40 Exeter) was well backed for his chasing debut in a warm race at Uttoxeter. He travelled like the winner but may have just been caught out for fitness. He went down by just two and half lengths with the runner-up filling the same spot in a good Newbury handicap this week and the winner runs in the Dipper at Cheltenham (1:25) this afternoon.

DRASH ON RUBY (3.35 Exeter) could be very well treated on some useful form. She bumped into some useful types in bumpers such as Might I and Code Name Lise. She stayed on to be beaten just eleven lengths fourth over course and distance in November and is of interest off am mark of just 101 for a team who will be high on confidence after the win of full brother and stable star Dashel Drasher at Newbury on Wednesday

As I mentioned at the top of the piece, Al Boum Photo makes his regular seasonal appearance at Tramore looking for his fourth win in the Savills New Year’s Day Chase. Willie Mullins did say we would see him out early this year, but that hasn’t been the case. after losing his Gold Cup crown he went down fighting to Clan Des Obeaux at Punchestown. He has beaten stablemate Acapella Bouregois in the last two years and it conceivable that forecast could land for a third straight year. Willie Mullins saddles five of the six runners so this will resemble a morning gallop at Closutton and is a race to view rather than play in.

At Punchestown, Champion Chaser, Put The Kettle On steps up in trip for a Grade 3 Mares Chase. She will face Grand National contender and fellow Cheltenham Festival scorer Mount Ida, who is just 1lb worse off with Scarlet And Dove who she beat comfortably at Clonmel seven weeks ago. Elimay also has leading claims if putting behind her a lacklustre run at Aintree. Another cracking race where a watching brief is recommended.