Boxing
News
Jay Deas has been looking after WBC champion for over a decade
Elliott Bretland
15:00, 22 Feb 2020

There was the story of a man and woman who met at a bar. One went down for attempted murder after stabbing the woman when he realised she was in fact a man. The victim, who survived, was found to be HIV positive and jailed for wantonly endangering a life.

Then there was the woman who willingly went on the run with her daughter’s boyfriend after he killed her for wrongly suspecting she hadn't been faithful. Heavy, heavy stuff but for Jay Deas, now Deontay Wilder’s trainer, this was everyday life during his time as a crime reporter.

“Boxing is brutal and can be cruel but there is nothing about our sport to compare with that kind of depravity. I made the right move,” he told the Daily Mail’s Jeff Powell this week.

Working in Miami in his early twenties, he had to report to the masses on some of the worst cases imaginable. It’s little wonder he walked away at 26. Leaving the world of crime reporting behind, he and his brother opened a gym in Tuscaloosa, Alabama before taking on a 20-year-old Wilder, a late starter in boxing terms, and guiding him to boxing greatness.

Deas became head coach when his sibling was promoted to sports editor at the local paper 15 years ago.

“We had been everywhere with fighters in the 10 years before Deontay walked in the gym,” Deas told the Daily Star. “It was great timing because if Deontay had come five years before I don’t know if we would have known what to do with him. With 10 years under our belts, we knew who were the good guys, who were the bad guys.” 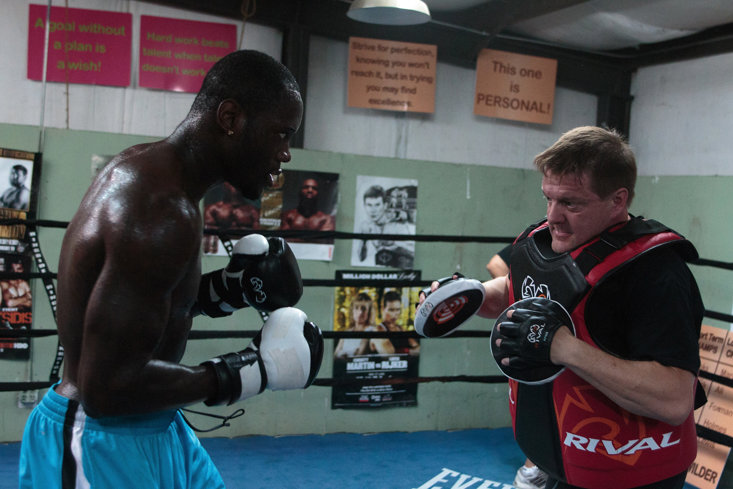 Deas has trained Wilder since the WBC champion was 20

Now, as the American takes on Tyson Fury in Saturday’s bout labelled ‘Unfinished Business’, Deas and his protege are more ready this time around.

“Deontay knows there were things he could have done better then (in the first fight which was a split decision stalemate). Deontay knows to stay concentrated when he knocks Tyson down this time so he can be sure to finish the job if he gets up again.”

Having already boldly left one career, Deas admits it will be the end of his spell as a professional boxing trainer when Wilder calls time on fighting.

“When Deontay retires, so will I from this level of the sport,” he said. He will, however, continue helping the next fighters having opened another gym in an underprivileged area.

Having reported on so much bad in the world, he is now doing so much good in boxing.