Before technology took over the world, before footballers bought shiny supercars, before the Nurburgring became a ‘thing’, there was the McLaren F1. And it was the fastest road car in the world. The brainchild of McLaren’s technical director, Gordon Murray, the F1’s arrival in 1992 completely changed our perception of speed, aerodynamics and driver comfort; fast cars generally scarified cabin space for a huge engine, but the F1 could get you, two friends and a bag full of groceries comfortably back from the shops at 221mph. 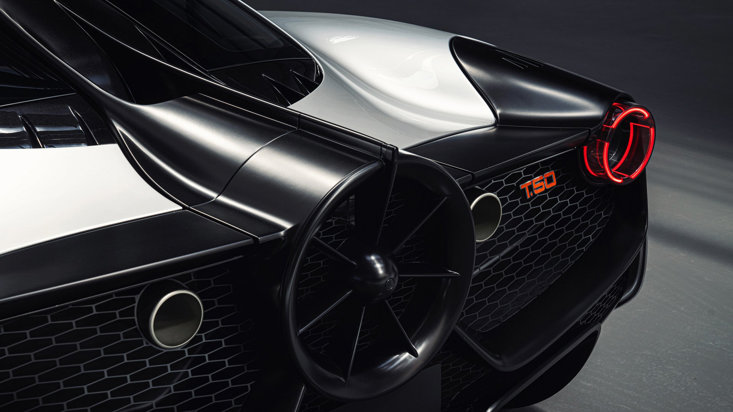 Today of course, speed is so easy to achieve that even your basic Mini has to be limited to 155mph. It’s no longer the last bastion of brilliance, which is why Gordon Murray has no interest in talking about the T50’s top straight line number. Which is fine, because with the world’s ‘lightest, highest-revving and most power dense naturally-aspirated road car engine’ and the ‘most advanced and effective aerodynamics ever seen on a road car’ (their words but we believe them) this machine is far more Top Gun than top speed.

Just like a fighter jet, the driver sits up front in a lovely air-conditioned cockpit. The seat, like the F1 is centrally positioned but unlike the F1 this is no longer the main talking point (it’s also never going to catch-on, but don’t tell Gordon that). With the T50, it’s about the aerodynamics, especially the 400mm fan at the back, that looks to the untrained eye exactly like a jet’s afterburner. 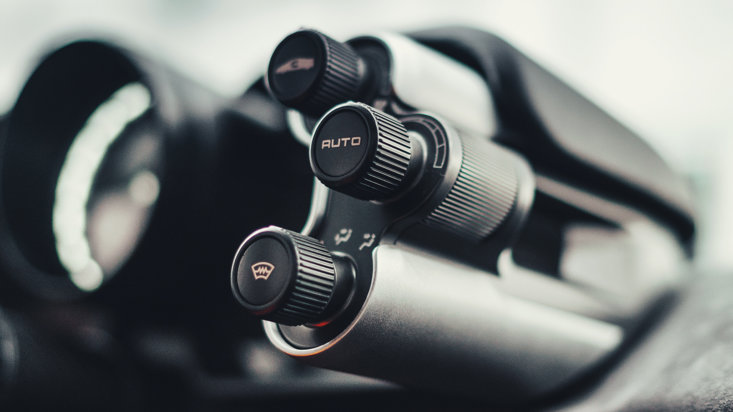 The fan is designed to suck air out from under the car and stick it to the road, removing the need for a clunky spoiler (the design is so dedicated to slipping through the air that even wing mirrors have been abandoned in favour of internal cameras) and the driver has a whole range of aero options at their fingertips, including ‘High Downforce’, ‘Streamline’ and our favourite, ‘V-Max Boost’.

Power comes from a 3.9 V12 Cosworth engine that revs at 12,100 rpm but those are just numbers. All you need to care about is what Gordon calls the Direct Sound Induction: yes, they pipe the sound from the V12 directly into the cabin. And whatever Murray publicly says about eschewing record breaking stats, it’s going to be impossible to sit in the cockpit, in a fighter style seat, with a button that says V-Max Boost and a giant fan behind you without quietly thinking ‘I feel the need, the need for speed’. 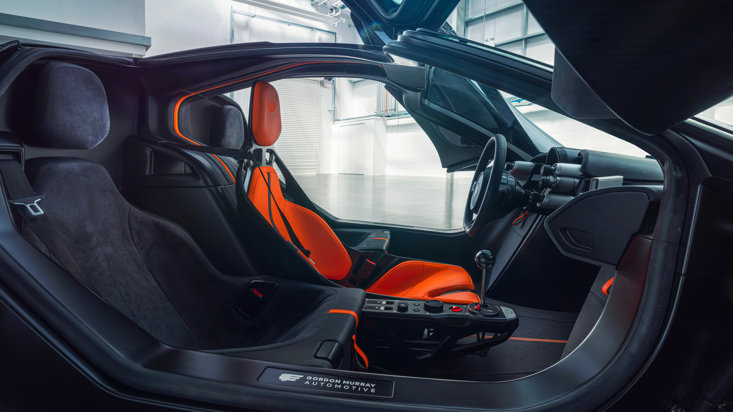